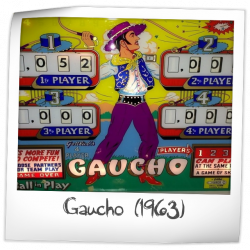 It's not much known that Gottlieb's GAUCHO, designed in Autumn 1962 and manufactured from January to March 1963, is with a production-run of 5,350 the most-produced machine of the 1960's and was previously only topped by Flipper-Games Humpty-Dumpty and Lady Robin Hood.

Most units went to Europe, especially to France where it was very popular. 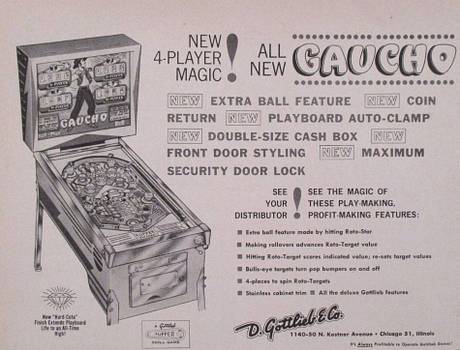 17 Pinsiders have this game in their collections.

We have seen this game for sale in the Pinside Market 2 times. The average asking price is $275

There are 30 forum topics linked to this game,