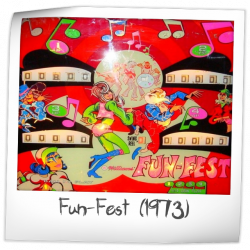 FUN-FEST (4-Player) was introduced in February 1973 and SWINGER (2-Player) in December 1972. The artwork could also be seen on a Bally Single-Player named VERY HOT PANTS which only reached prototype-status.

Fun-Fest and Swinger combined had a production-run of 9,254 units.

This game has received 12 approved Pinsider ratings and currently has a rating of 7.469 out of 10.

53 Pinsiders have this game in their collections.

We have seen this game for sale in the Pinside Market 4 times. The median asking price is $600

There are 82 forum topics linked to this game, 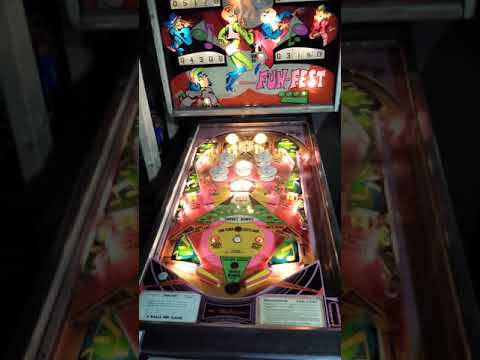