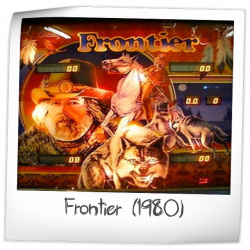 Bally's FRONTIER was designed in May and produced in October/November 1980. 1850 units confirmed.

Reportedly, production was cut short due to Xenon. 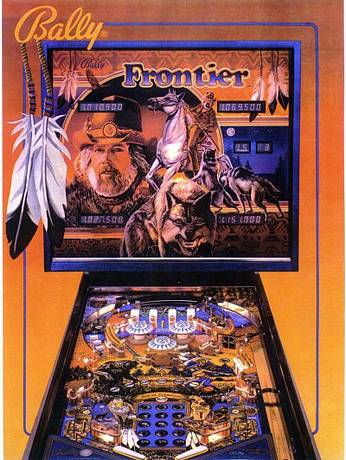 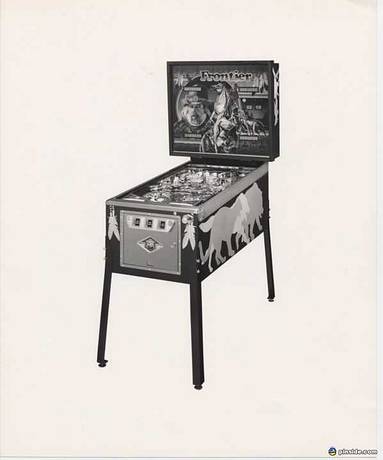 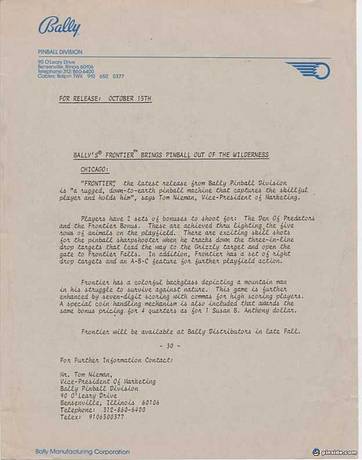 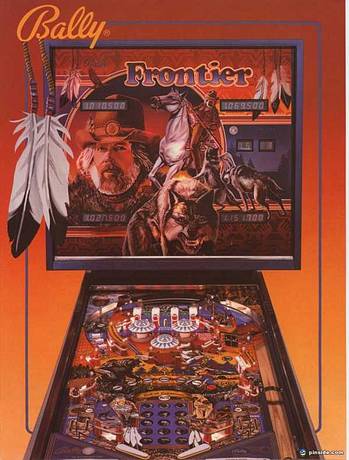 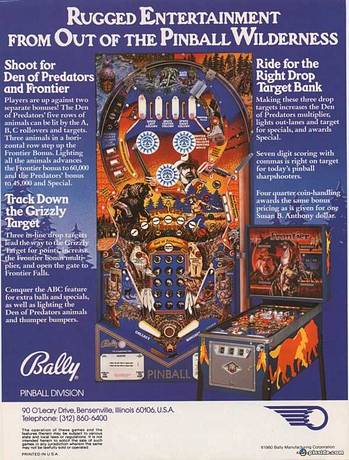 This game has received 65 approved Pinsider ratings and currently has a rating of 7.491 out of 10.

80 Pinsiders have this game in their collections.

157 Pinsiders have this game on their wishlist.

We have seen this game for sale in the Pinside Market 32 times. The median asking price is $3,450

There are 219 forum topics linked to this game, 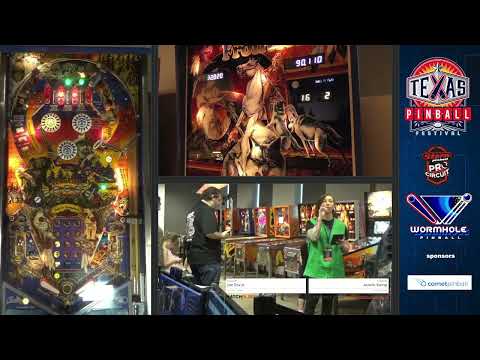