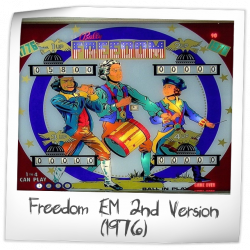 Bally's Freedom was released in three different versions. This is the second and most common version, having removed the original middle-pop from between the flippers in exchange for a standard "Italian bottom" (outlanes and inlanes for each flipper).

Development started in October 1975 and the first sample machines were produced early in 1976.

Serial# 100 to 180 were sample machines (prototypes) with the unique middle-pop layout.

This game has received 10 approved Pinsider ratings and currently has a rating of 7.268 out of 10.

39 Pinsiders have this game in their collections.

17 Pinsiders have this game on their wishlist.

We have seen this game for sale in the Pinside Market 7 times. The median asking price is $750 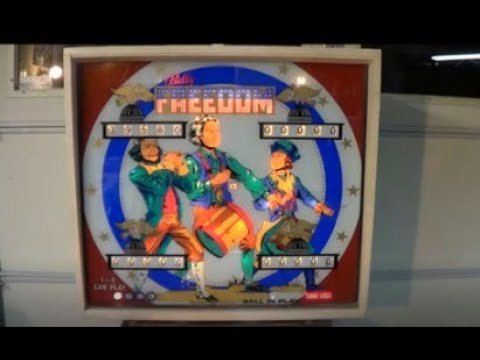