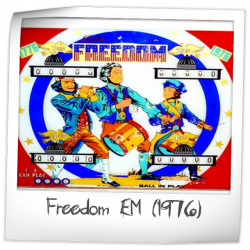 Bally's Freedom was released in three different versions. This is the original first design, often referred to as the "Freedom Prototype". It features a middle-pop layout (pop bumper between the flippers) and is believed to have been manufactured only in small quantities of perhaps 100 in total.

According to the Encyclopedia of Pinball Volume 1, after showcasing it to the European market, the layout was changed early in the production process due to negative reactions from distributors.

The subsequent "2nd version" (5080 produced) and solid-state versions (1500 produced) of Freedom removed the middle-pop bumper. Instead, a traditional "Italian bottom" (outlanes and inlanes for each flipper) was installed which is the most common layout to this day.

Nearly every middle-pop game from 1966 onward is exclusively the work of Norm Clark, and this type of layout was his personal favorite signature design.

Prior to Freedom, Mr. Clark had just been hired as the head of the Bally design department. Thus, the Freedom Prototype is the only non-Williams middle-pop EM that has ever reached production.

Development started in October 1975 and the first sample machines were produced early in 1976. Freedom was also the first commercial solid-state game Bally successfully produced in quantity. 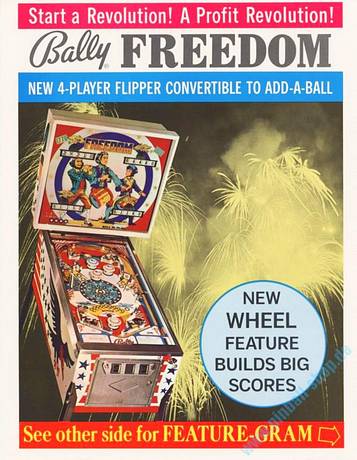 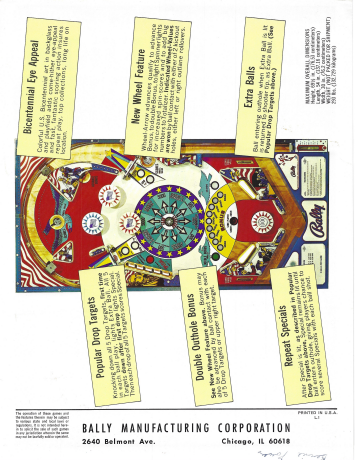 This game has received 10 approved Pinsider ratings and currently has a rating of 7.510 out of 10.

There are 6 rating comments for this game.

62 Pinsiders have this game in their collections.

27 Pinsiders have this game on their wishlist.

We have seen this game for sale in the Pinside Market 6 times. The median asking price is $725

There are 73 forum topics linked to this game, 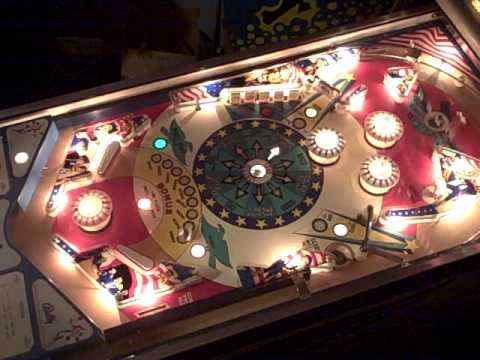