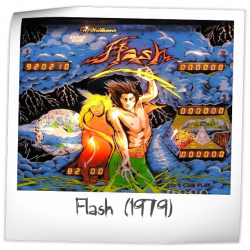 Not everyone is aware that FLASH is an absolute milestone.

Flash is the third highest production pinball made, losing out only to TAF and EIGHT BALL.

Test-Models got on their way in October 78, Presentation and start of Serial-Production in February 1979.

1st machine designed by Steve Ritchie for Williams after his first 2 designs for Atari.

1st machine featuring a dynamic Background-sound, increasing in pitch and indicating the player's skill to anyone.

1st machine using FLASH-Lights, which got their name therefore.

1st machine with newly designed, smooth and much faster Flipper-Lanes.

1st machine since decades with a black cabinet, which became soon standard for each manufacturer.

There were at least 4 similar but separate versions around the globe produced by other manufacturers - Zeus, Super-Zeus, Storm and Shock with identical artwork and the same playfield-design, sometimes missing some features.

Williams experimented at an early stage with black, red and blue models.

Steve Ritchie originally wanted a strobe-light on the backbox but Williams refused. This idea was realized in another way 7 years later on High-Speed.

Another first were the translucent lane-guide-plastics in blue. Some units from the later production-runs were fitted with red ones, and red posts too, likely because Williams couldn't keep up with the high demand and the blue ones run out of stock. The machines were factory-fitted exclusively with white flippers and white flipper-rubbers instead of the usual red or yellow ones. This different look gave the 3 totally white flippers the appeal of bright lightnings in a dark sky.

It was one of the first designs for pinball-artist Constantino Mitchell. French artist Christian Marche, who designed the artwork for ca. 185 machines since 1965, most of them for Williams, left the USA in 1978 and Constantino was the new guy in town.

FLASH had a very long production-run.

The IPDB shows an end-of-production-date July 30, 1979, but regarding the serial-numbers this date seems rather uncorrect.

Steve Ritche told that he asked the management why they stopped production at 19.505 and would not pass the 20.000-unit-mark - they answered "we want to leave the market wanting"

The machine was suffering later for 2 reasons - the drop-target-units were still the same as used in EM-machines like Big Deal, where they did OK, but they could not keep up with the fast Steve-Ritchie-design and broke. Same goes for the flipper-units. The machines were always in use on location and the 'old' assemblies simply were too weak.

Steve Ritchie surely knew about this but there was absolutely no time to create new drop-target- and flipper-assemblies for FLASH. New and powerful flippers were ready for FIREPOWER but new drop-targets took some more time. That's why FIREPOWER did not use drop-targets as originally planned, simply to avoid maintenance-problems.

Nowadays many people consider FLASH as dull or even primitive, but you had to be there in 1979 when it literally appeared like a FLASH out of the blue. It was an awesome experience, and people lined up just to hear that stunning thunder. Many guys, including me, took tape-recorders with them so they could hear the wonderful new sound at home. The dominating Bally-machines with their crude sound and lame flipper-lanes became obsolete over night. WILLIAMS was back again and heading for #1.

So everybody please, next time you see a "dumpster" FLASH and also his younger "brother" FIREPOWER, think twice - it's definitely not just another old machine, just worth getting parted-out, but it's a milestone and stands proud in a row with Humpty-Dumpty, the invention of Solid-State, Black Knight, High-Speed and Addams Family. And it deserves being saved. Far too much of them got already destroyed. 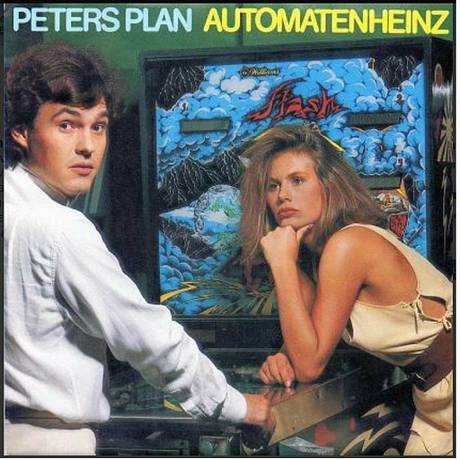 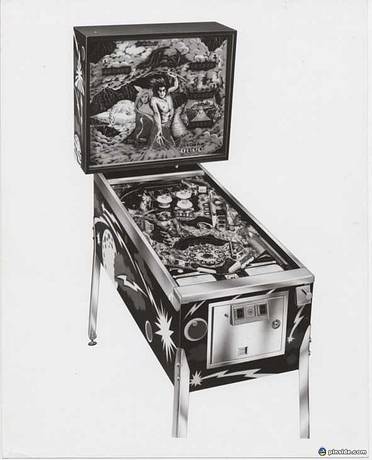 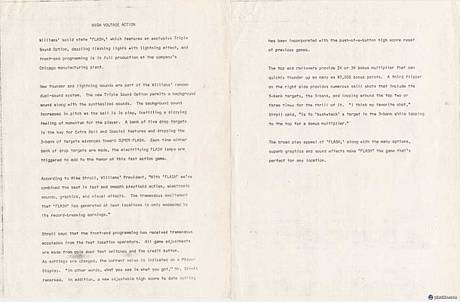 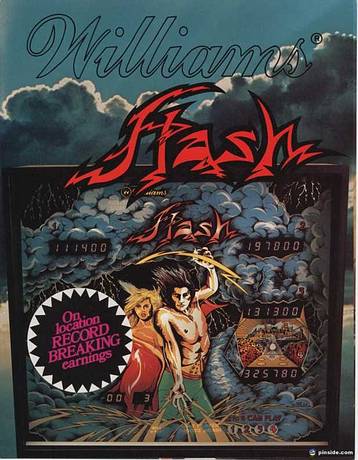 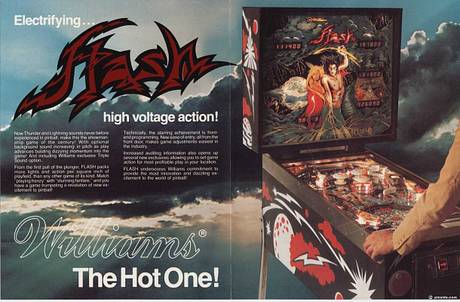 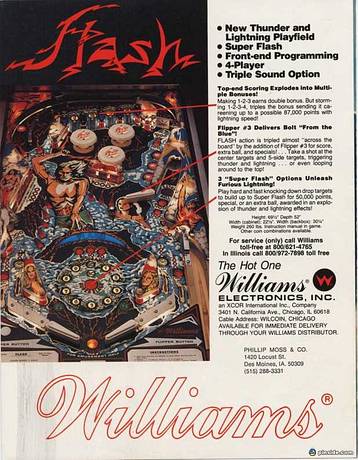 This game has received 141 approved Pinsider ratings and currently has a rating of 7.287 out of 10.

There are 67 rating comments for this game.

523 Pinsiders have this game in their collections.

133 Pinsiders have this game on their wishlist.

44 public locations known where you can play this machine.

We have seen this game for sale in the Pinside Market 143 times. The median asking price is $1,273

There are 910 forum topics linked to this game, 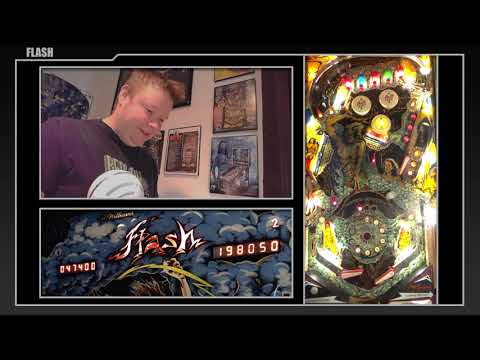