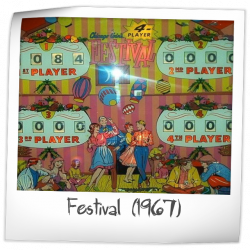 FESTIVAL from 1966, Serial-production starting in January 1967, is very sadly a quite unknown and underrated machine. It was the very first Four-Player with the then so-called "Italian Bottom" with Flipper-Feeder-Lanes, which got standard soon after and of course still are today.

The large roto-target-wheel also was something new, and shortly afterwards used by Gottlieb for DANCING LADY, but FESTIAL was first. Gameplay was fast and ahead of its time.

The machine had a very sad "spotlight" in the movie "Tommy" as some kind of "coffin" for Ann-Margret. It can also be seen in a british black-and-white documentary from the the late 60ies which is included in the dvd "SPECIAL WHEN LIT" 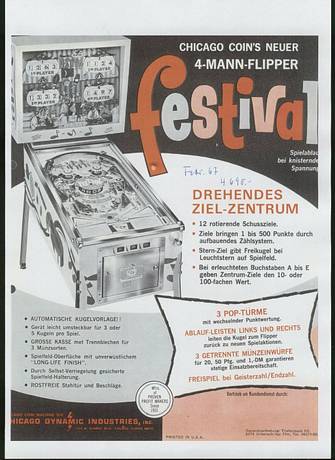 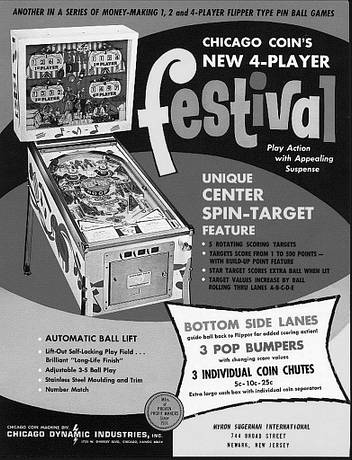 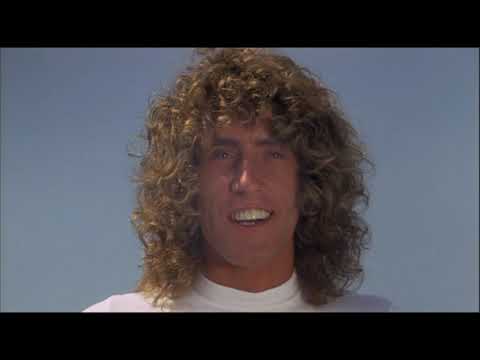