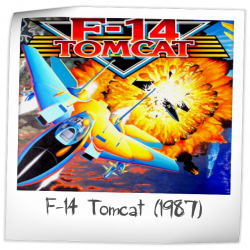 There are 175 ratings (that include a comment) on this game.
Currently showing results page 1 of 7.

Fast and furious.
When playing with other it's an adrenaline rush!
Playing alone is just ok.

Great bang for the buck.
Great to own in a larger collection only IMO.

The first pin I ever purchased. I got lucky and got a true restored and well kept machine. Williams 11 machines are amongst the best values out there, IMO, when you consider how much fun you get for the price.

Pumped a TON of quarters into one of these machines when I was 8-10 years old. Now, at 41, I finally added one to my collection! It's a brutally fast machine, and is a challenge to play. I love it!

Brutal, fast. but no longevity in a small collection, to shallow. Amazing for tournament play.
Still, all time classic. Great topper
6.863/10
3 months ago
TKM

This is a very fast paced and brutal game. Great system 11 fun!

Daditude edited previous rating on October 08, 2020.
Daditude has owned this game in the past.

The game plays fast, but is pretty repetitive and gets old quickly. There is not a lot to do and is not a game for a small collection. Once you get a few games under your belt, you will be ready to move on.

qbert1021 has owned this game in the past.

Wow is this game fast. Left kickback is cool and the light show is top notch! Even with my newer games in my collection I come back and put a couple games on this each time. I don’t see it leaving.

A very fun and extremely fast playing machine! I wish I still had it. Fun callouts, cool music, flashing lighting - it's the whole package!

Backstory for my F-14: My second pin, purchased in 1992 for $475. The playfield was rough in the sense that a lot of the numbers and names had worn off, but the game still played very well. I enjoyed it for over 20 years. It got put into storage in my garage in 2013, and one of the guys remodeling my home spotted in the garage. He wanted to know if I would consider selling it. I told him I wanted to keep it, but after thinking about it overnight, I realized it had just sat there in the garage for five years and it was deteriorating. The next day, I just told him he could have it.

IndianaBIll has owned this game in the past.

Certainly not for the casual player. Plays very fast and you need to get your shots down if you want to get anywhere in this game. A well adjusted pop bumper is essential for keeping this game enjoyable so you can work on TOMCAT on the upper set of flippers.

EJS has owned this game in the past.

Awesome light show! Fast game play and short ball times, but super shallow rule set. I didn't keep it long, but it is a great theme and a classic Steve Ritchie game. Put super bright LED's and an OCD LED controller in it and it's beautiful.

Mr_Outlane has owned this game in the past.

One of my personal favorite games can be brutal but so rewarding to blow up. Sound and music is great in my opinion, great theme, great gameplay. One of the games I've bought multiple times and miss when I sold. They did so much with so little a classic in my eyes.

When I first played an f-14 I hated it. I then played it a few months later at a different location and I one again hated it.
Finally I watched a papa stream of them playing it and I learned a few things about it. Strats and code rules. This lead me to want to play the game again.
Well, I've played it more than a few times since then, and now I really do enjoy this game.
I don't love it. But, I can see why some people would.
Game is fast and brutal. Has a nice sense of flow to it(it is a Ritchie game).
The rules are while being simple, are not the most intuitive. I feel they might need some explaining, as sometimes when you play the game you might wonder why something is happening and why one person keeps getting a ball save.

I do like locking all the balls in the locks. That is fun. But, MB can be hard to acheive in this game. But, when you do, its a good one.

I really like the animations. Yes, its alpha numeric, but they do some fun stuff with it.

The light show I also really like. Really good for a pin of this era and the topper no doubt helps it a lot too.

I think the backglass is really well done. Just slick and full of energy. Cab looks good, but nothing amazing, and the playfield of course matches. I feel with the theming the light topper, and the display animations do go a long way to helping enhance the theme. But, no real toys or anything else on this machine. Its just about pure gameplay. And I respect that.

However, I will say. I don't always like or want to get my butt kicked so badly by a game.
Right outlane is brutal. Still I'm glad I gave this machine a 2nd chance. Its a fun one.
8.093/10
10 months ago
MRX

One of the best pinball machines of 1987, if not THE best. The multiball music is the best I have heard so far after playing 80+ pinball machines. I got 17° place in this table, which is already pretty amazing and it was kind of hard to achieve to be honest. This machine is also one of the funniest, but the difficulty might take out some novice pinball players.

A classic game that deserves a look. Killer speed and simple rules make this a winner.
7.958/10
11 months ago
BWK

I feel F-14 is a bit underrated. It’s fast, fun and still has one of the best light shows around. The light show is also very attainable. That can be seen as either a plus or a minus, but if you have other more complex pins in your collection I think it’s a plus. F-14 would be a complimentary pin for the more complex pins. In other words, it doesn’t require a lot of thought in terms of rules and is something to play to just have fun and give your brain a break. Plus, those sirens going off never really gets old. Lastly, it’s one of the few solid pins that can be had for an affordable price.

Krupps4 edited previous rating on August 26, 2020.
Krupps4 has owned this game in the past.

Neo_781 has owned this game in the past.

deadghosty has owned this game in the past.

Played Tomcat at the Cleveland Pinball Expo and was well pleased. This game is fast and fun. Theme, lights and sound enhance the experience. Solid player.
6.385/10
1 year ago
DAD

I really want to like this pin. It can be quite fast but there doesn't seem to be much to do here after the first few games.

ss-pinball has this game on the wishlist.

F-14 puts on quite a show, especially if you have a chance to play a refurbished one with LEDs. Quite possibly both the fastest and loudest machine out there, it gets points just for that. Completing some modes will get everyone's attention in the arcade or wake up everyone in your house. On the downside, the theme is mediocre (no love for Top Gun here), there isn't much variation in shots, and a lot of what makes F-14 neat is watching the balls get shuttled around the wireforms. It's a solid, unique machine, but there are dozens from the era I'd rather own, if given the choice.

One of the best pinball gameplay, with a big light show and a terrible kickback