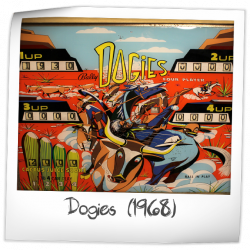 Bally DOGIES was designed in August of 1967 and manufactured early in 1968.

The Test-Samples had a green DOGIES Logo instead of the later known yellow one. It was a successful game and ranked as the 2nd-best Bally Production-Run until 1972.

As usual with Bally from 1964 to 1972 there were Models in english or german Language available.

'Sneaky Joe' was a Joke from Artist Jerry K Kelley regarding a Bally-Executive.

This game has received 8 approved Pinsider ratings and currently has a rating of 8.501 out of 10.

12 Pinsiders have this game on their wishlist.

We have seen this game for sale in the Pinside Market once. The asking price was $250

There are 22 forum topics linked to this game, 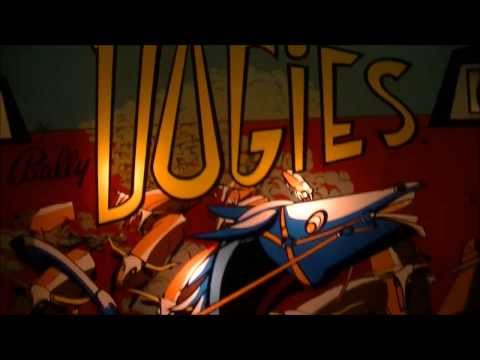