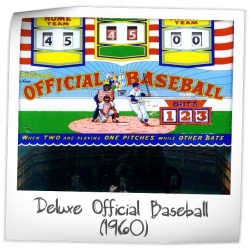 The novelty version of Williams, '1960 'Official Baseball'. This is the replay version, with match feature. Generally considered the most collectible 'pitch and bat' baseball game ever produced due to 3D ball players on the playfield and animated pitching movement. 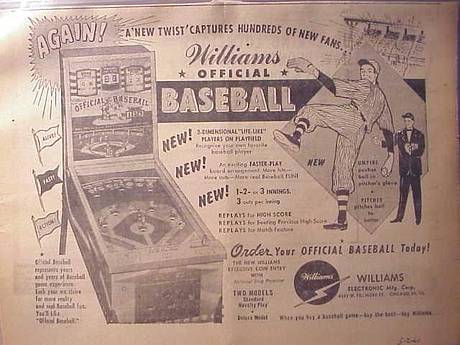 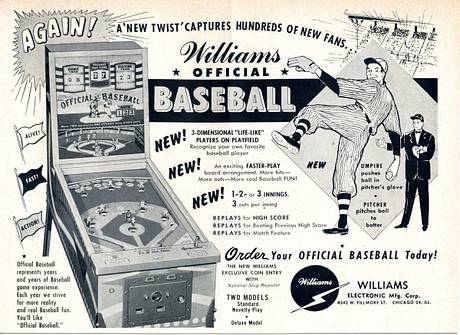 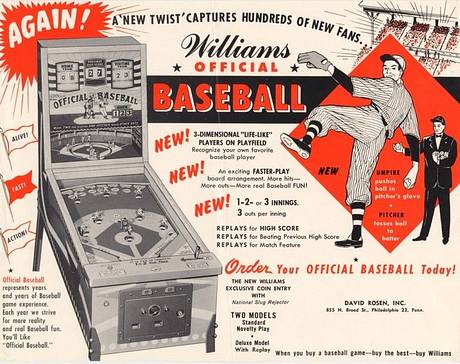 14 Pinsiders have this game on their wishlist.

We have seen this game for sale in the Pinside Market 3 times. The median asking price is $80

There are 14 forum topics linked to this game,