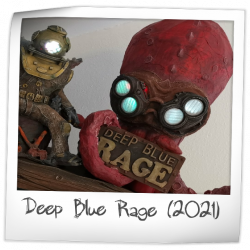 I used and altered the cabinet from an old Williams Smart Set. It doesn't have a traditional backglas. Instead there is a giant octopus, called Lord Rage with a diver that represents the player.

There are 5 Bosses to beat. The are activated in random order, but the last is always Lord Rage.

To beat the boss you have to hit all the lit targets until "attack" is lit, then hit the droptarget or scoop under the small octopus head. When you have hit the boss enough times you'll advance. Every boss gets harder and takes more hits.

When the boss is hit, the small head wobbles.

For the music i used classic rock like Dio-Holy Diver etc.

You can lock balls by shooting the second to left ramp, until the 4-Ball Multiball is lit.

There is a RAGE letter jackpot. The left ramp has a whirlpool which leads into a kickouthole thats hidden underneath.

It uses the multimorphic boards and MPF. 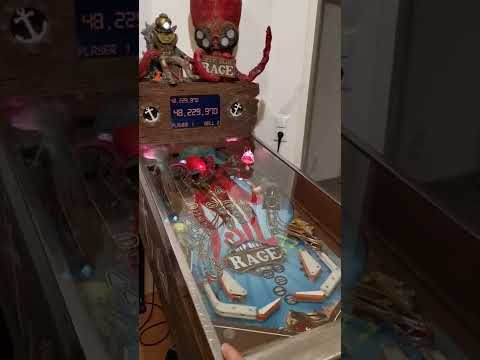