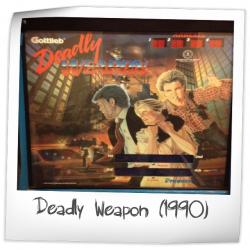 John Trudeau designed the playfield layout, then left Gottlieb with a mostly completed whitewood. Jon Norris took over the project and designed the game rules. The playfield layout was mostly left unchanged because the shots worked so well. John's original layout did have a 'hop ramp' above the kickback, so a ball would be sent to the upper left Flipper, which was removed at the request of management. 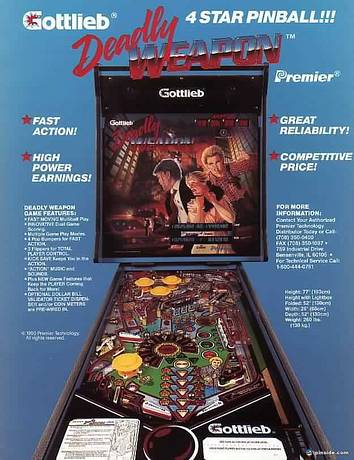 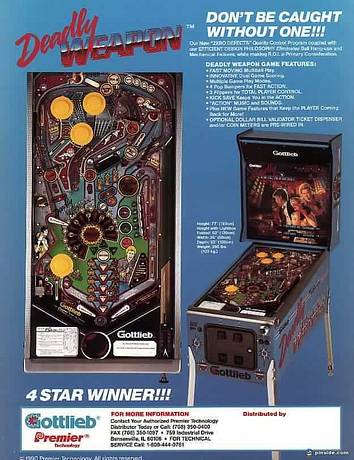 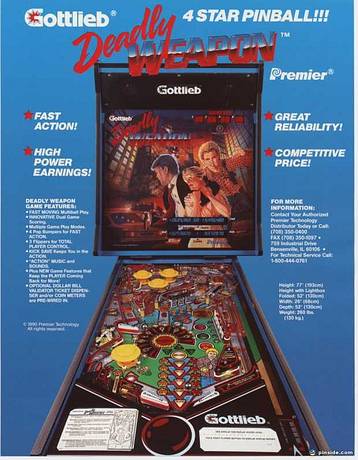 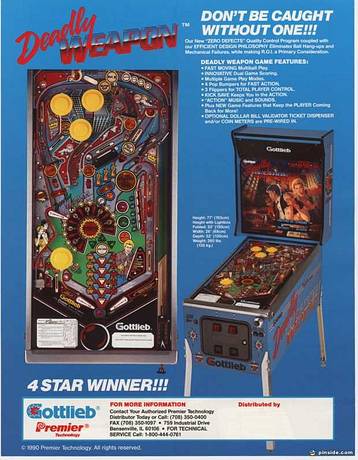 This game has received 12 approved Pinsider ratings. 18 more approved ratings are needed to get a rating and for it to be eligible for the Pinside Pinball Top 100 ranking.

21 Pinsiders have this game in their collections.

30 Pinsiders have this game on their wishlist.

We have seen this game for sale in the Pinside Market 14 times. The median asking price is $1,800

There are 51 forum topics linked to this game, 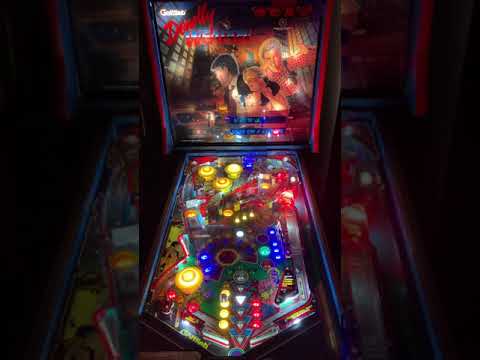