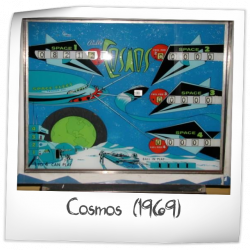 Cosmos was designed in 1968 and Test-Samples were produced in July 1968.

Artist Jerry K Kelley wanted it to be the first black Pinball-Machine but the Management of Bally resisted.

10 years later Williams released FLASH with a black Cabinet and it revolutionized the Look of Pinball forever.

Serial-Run started in January 1969 with a white Cabinet. They also had a newly designed Apron with the new Logo Bally Manufacturing Corp.

Especially for the swiss Market COSMINT was presented, the very same Machine with an altered Logo in the Backglass. Production-Run of COSMINT is included in COSMOS. 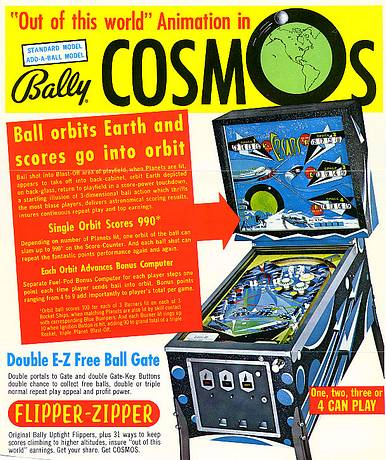 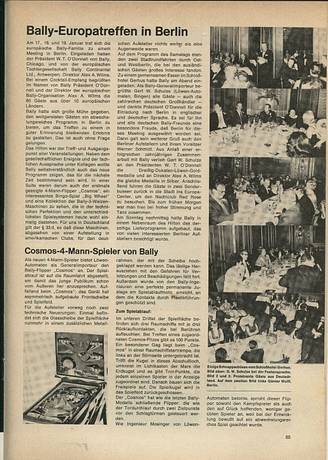 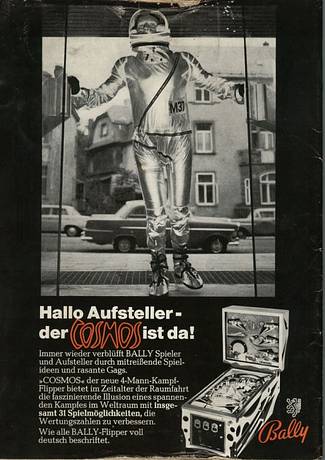 This game has received 7 approved Pinsider ratings and currently has a rating of 7.616 out of 10.

27 Pinsiders have this game in their collections.

23 Pinsiders have this game on their wishlist.

There are 27 forum topics linked to this game, 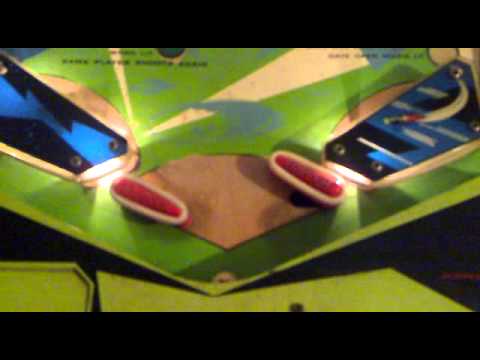