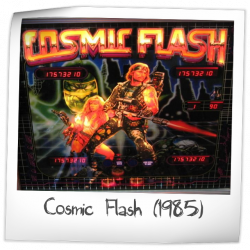 COSMIC FLASH was first produced by Bell Games Nuova 11 in 1984 and some time later in 1985 also by the german company NSM.

The NSM version used specific technology developed by NSM. It was 1 of 4 german NSM machines, HOT FIRE BIRDS being the first, THE GAMES came second, COSMIC FLASH was number three and TAG-TEAM PINBALL the fourth and last one by NSM.

The artwork surely was inspired by John Carpenter's ESCAPE FROM NEW YORK. 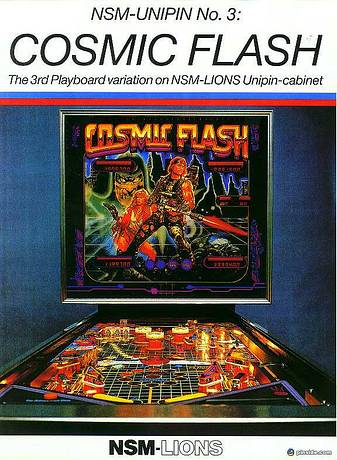 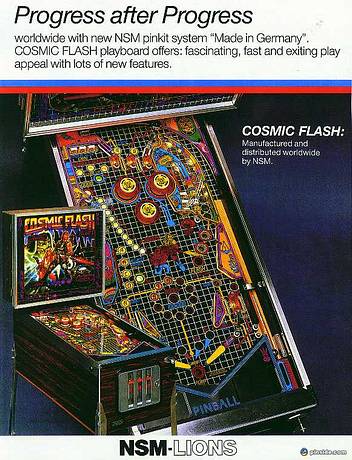 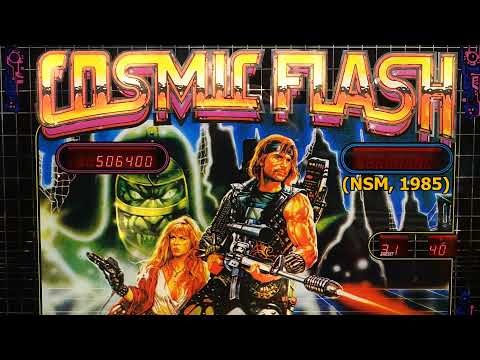