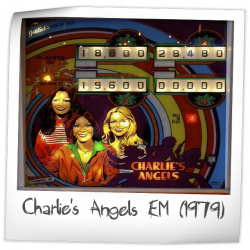 Gottlieb’s electromechanical version of Charlie’s Angels was based upon the television crime drama of the same name, which appeared on the ABC network between 1976 to 1981. The game features the likenesses of Cheryl Ladd, Kate Jackson and Jaclyn Smith, the 1977 cast of the ever-changing Angels team. The iconic Angels “silhouette” is used throughout the backglass, playfield and cabinet art. The electromechanical version of this game was made in miniscule numbers compared to that of solid state Charlie’s Angels games manufactured. The layout remains the same between the two games, however, slight changes in art and rules were implemented to accommodate EM limitations.

The EM version was manufactured in early 1979 and the SS Version in late 1978.

This game has received 7 approved Pinsider ratings and currently has a rating of 5.866 out of 10.

15 Pinsiders have this game on their wishlist.

There are 20 forum topics linked to this game, 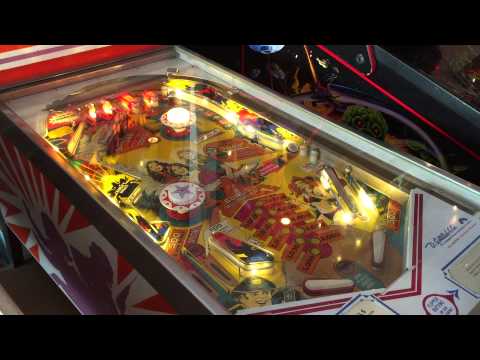