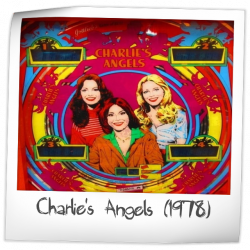 Charlie’s Angels was the sixth solid state game released by Gottlieb and based upon the television crime drama of the same name, which appeared on the ABC network between 1976 to 1981. The game features the likenesses of Cheryl Ladd, Kate Jackson and Jaclyn Smith, the 1977 cast of the ever-changing Angels team. The iconic Angels “silhouette” is used throughout the backglass, playfield and cabinet art. Two sets of drop targets and a stand up target work to increase bonus and advance the bonus multiplier. There is indication that this Allen Edwall design was originally used to test the limits of Gottlieb’s solid state hardware upon its implementation at Gottlieb, some years before the design was assigned to carry the Charlie’s Angels theme. An electromechanical version of this game was also made by Gottlieb in fewer numbers. 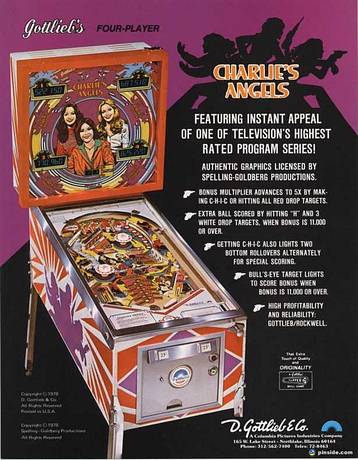 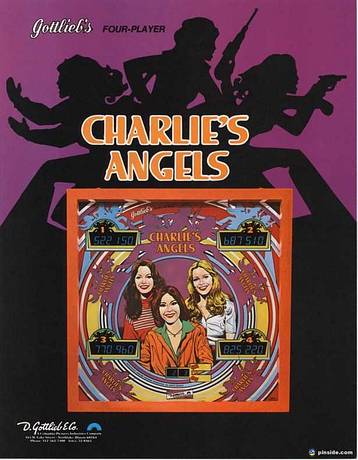 This game has received 27 approved Pinsider ratings. 3 more approved ratings are needed to get a rating and for it to be eligible for the Pinside Pinball Top 100 ranking.

106 Pinsiders have this game in their collections.

35 Pinsiders have this game on their wishlist.

We have seen this game for sale in the Pinside Market 8 times. The median asking price is $1,300

There are 124 forum topics linked to this game, 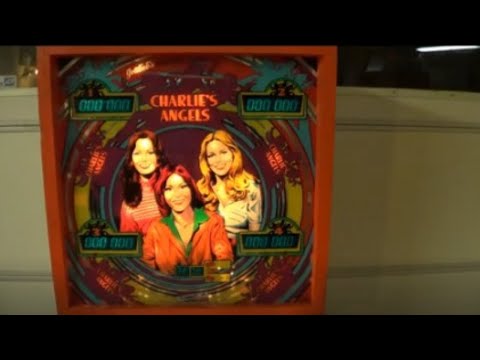