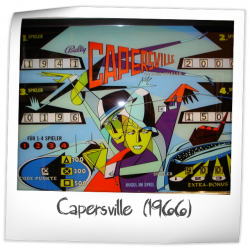 In mid-1966 the Bally Pinball-Division did poorly after 2 successful years.

The huge success of Williams A-Go-Go released in May 1966 impressed Bally and they asked art designer Jerry K Kelley to do the art for their next Four-Player. Ted Zale designed the game, one of the known 77 games that he designed for Bally.

Capersville was produced for 7 months, became the most successful Flipper-Game for Bally ever and held this Position until 1973.

JKK from then on did Artwork exclusively for Bally until early 1969 when he left the Pinball-Industry.

This game has received 25 approved Pinsider ratings and currently has a rating of 8.506 out of 10.

There are 17 rating comments for this game.

35 Pinsiders have this game in their collections.

We have seen this game for sale in the Pinside Market once. The asking price was $900

There are 67 forum topics linked to this game, 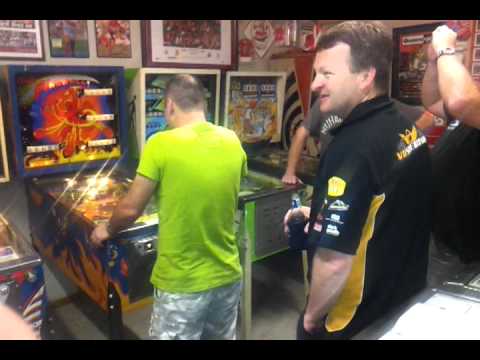