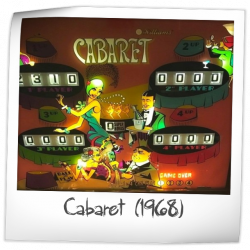 Williams CABARET was presented in November of 1968, the Test-Samples had no Ball-Saver-Post and the Artwork in that area was slightly different. Some press-photos and flyers show those early production-machines.

The Post seems to be added in a hurry because there are no hints on the Playfield how it can be moved up or down.

The possible reason for this could be that Williams got sued from Bally for using a closing-flipper-device earlier in 1968. So maybe CABARET was originally designed to use such a device too. The "Up-Post" appeared before on french Rally-machines and Chicago Coin's Stage Coach / Gun Smoke (being rather a disc than a post) 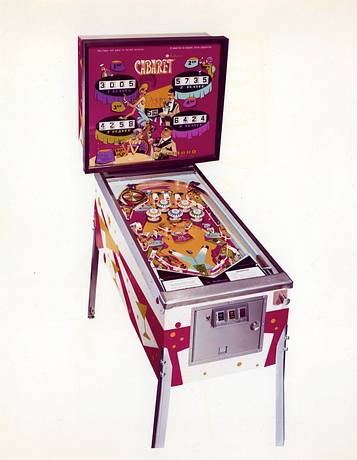 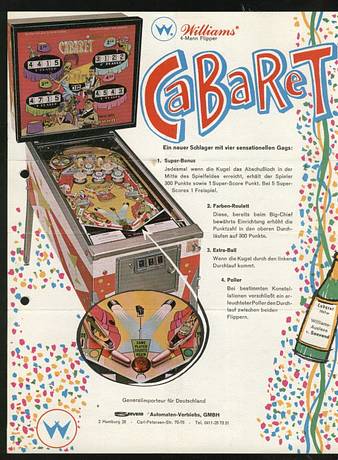 We have seen this game for sale in the Pinside Market 5 times. The median asking price is $700

There are 34 forum topics linked to this game, 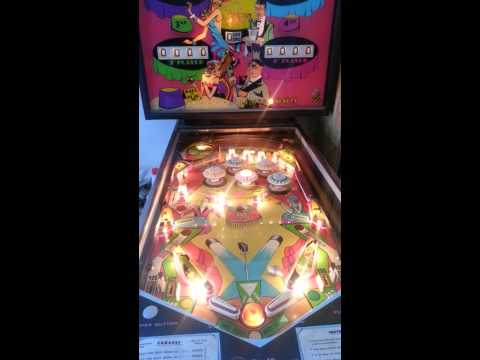