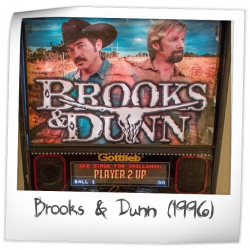 Brooks & Dunn was supposed to be released in 1996 (the same year Barb Wire was released), but it was made when Gottlieb shut down and ceased operations. No machines were put into production, though the only part of this machine in existence is a stripped playfield. A ROM also exists, though when run on a dot matrix display, it appears buggy throughout the game.

Only one whitewood is known to exist and that game is barely playable. There are a few screened playfields, but they were never assembled when Gottlieb closed.

In 2017, Brian Madden and Gabe Knuth completed a fully working machine after acquiring as much original spare parts as possible. 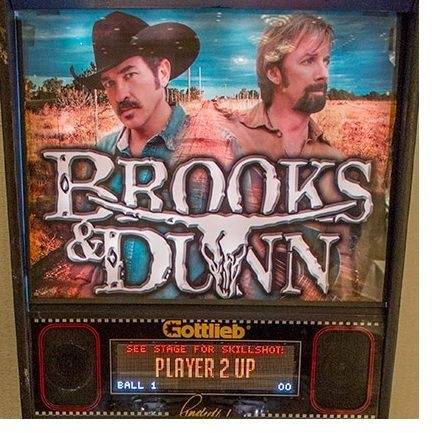 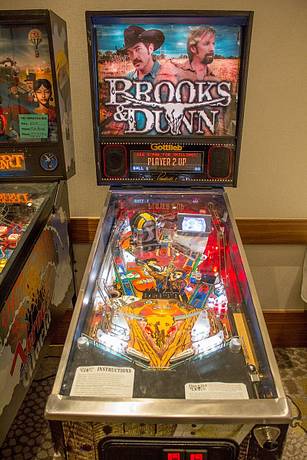 8 Pinsiders have this game on their wishlist. 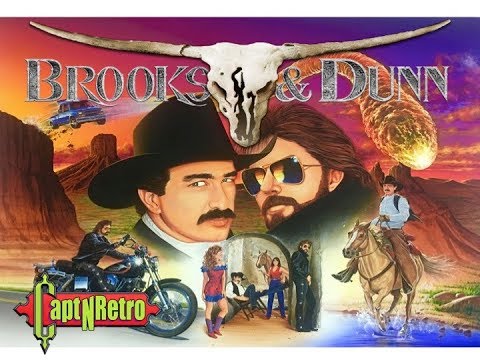