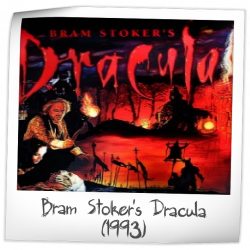 There are 353 ratings (that include a comment) on this game.
Currently showing results page 4 of 15.

I really wanted to like this machine as I am a big Dracula fan in general, so maybe that is why it underwhelmed me.
8.194/10
4 years ago
AJF

Let me start of this review by saying the game I have played the most on is set up very easy, so most people will have a different opinion. I've played a game that was set up normal and it was a drain monster, which I very much did not enjoy.

This is such a classic game with a very clear objective that rewards you when you achieve it - try to stack all three multiballs and cash in the jackpots. Has some scoring imbalance in regards to bats, but the main points are in stacking the multiballs. Some of the shots are dangerous and can be hard to hit. Also hard to keep this game working right because of the mist multiball optos, but when it is that's a very fun gimmick. The playfield on this game could have used one more toy or shot, it just feels a little to open. The video mode is cool, but I don't like that to score big points you have to intentionally wait to shot the wolves on the beginning levels.

A very fun game if you set it up on the easier side that will make you want to keep playing one more game. Classic

Was 2 weeks with me, for me worst pinball i ever owned...

This is my most brutal game as far as difficulty. With the lightning flippers expect many random drains. I absolutely love the mist multi-ball. It is one of the coolest features on a pinball. I think the art is overall great, but yes that coffin with the Dracula doll is kind of lame. I think if they just did a plain coffin it would have been fine. This is a good game to obtain if you have several titles because it is nice to have a tough game or two. If you are looking for a challenge this a great title, creepy theme, and good to cut your teeth on.

makewhoopi has owned this game in the past.

Had one....loved it, then traded it. Then spent the next 6 months trying to find another one. One of my top 5 games of all time. So satisfying one minute and enfuriating the next. Very fast and the outlanes and down the middle are brutal. If you miss your shot prepare for chaos. One game you put up a billion and the next you put up 8 million. I have also noticed it is important to find one in good working order, as many I have seen in the wild are not. Color dmd is a gem on this game.

Ive played many different machines and I just cant get into the game, its not really a game that should even be in the top 100 IMO

One of my favorite games. Lots of interesting stuff going on and built like a Bentley. Great looking and an awesome theme. The ability to add some custom lighting really picks it up if done well, but the stock lights are just great on their own. Would love this in my collection.

So I own a Bram and I love it. Theme is terrific, play is fast, animations and call outs never get old. Playfield art looks like an old jailhouse tattoo but otherwise I have few substantial criticisms. Back glass is only ok.

Simple, straightforward rules, but devilishly difficult gameplay. This isn't a game you can just flip your way to a random high score--you have to earn it. Stacking the three multiballs is absolutely critical to scoring well, and doing so requires skill. No luck.

Outlanes are mean, and the two banks of standup targets are dangerous red herrings that mislead unsuspecting players into short and disappointing games.

Art is disappointing, but gameplay more than makes up for it. Mist multiball is a sight to behold, and so satisfying to get. Despite the rules being rather shallow and repetitive, the punishing gameplay, and the multiple ways of approaching the game more than make up for it. Overall, a fantastic game.

Very fun game. The moving ball across the play field is a nice feature. Has a very challenging mulit ball.

sservas has owned this game in the past.

Had to update the rating. BSD is still an asskicker but the shots are quite satisfying and the strategy and gameplay is definitely there. The callouts are actually quite top notch and fit the movie and theme well.

Boat edited previous rating on June 18, 2019.
Boat has owned this game in the past.

Bloody fun game that will suck all of your free time away. Timeless classic Dracula pin. Mist multiball is always a spectator hit. Stacking all three multiballs is quite a goal. Really is a game you can sink your teeth into!
8.660/10
4 years ago
MIK

One of the most challenging games out there. It can kick your ass over and over but you still want to hit that atart button one more time.
It can be brutally fast more often than not but when you get a few shots combining and flowing, resulting in mode progression, you really start to enjoy this game and understand why so many others do.

The sound is top notch and really creates the atmosphere of this game. I think it's sound package is one of the best for a theme i have ever played and always enjoy it.

I highly recommend playing a few games if you get a chance. You won't be disappointed.

When I think of what it means to be challenging, I think of this game. I love this one in tournament play, because it can be a great equalizer against one of the better players.
8.540/10
4 years ago
CJC

Either this game is not very good as everyone says or I did not play it enough. I feel like it's an overhyped movie that lets you down.

Updating my review! I traded for a Dracula this week and I definitely change my opinion on the pin. As stated above I obviously did not play it enough or play one in playable shape. The pinball is awesome, a deep rule-set and very challenging to the point where I keep wanting to play it. This pin even made me watch the video which made me appreciate it even more.

Tuxedomask23 edited previous rating on June 22, 2017.
Tuxedomask23 has owned this game in the past.

Edited
This game is hard. I rated it low before because i sucked so it seemed not fun. It is very fun but unforgiving and takes practice. Loooove it now

bitternerd edited previous rating on May 29, 2017.
bitternerd has this game on the wishlist.

Finally got to play this game at my friends house. The sounds is what makes this game. Hitting the pop bumpers has a very unique sound effect. Loaded with LEDs, this game can have a very sinister look that catches your eye and the fun gameplay keeps you there.
9.600/10
4 years ago
ACE

I played this on PS4 Pinball arcade and loved it..when one came up for sale I was all over it like white on rice and have not regretted adding this to the collection nor will I ever want to part with it. Its my favourite pin..the theme and art I love...the gameplay can be so varied from slow and calculating to fast and furious..the scoring can be very harsh but once you know what to do it becomes so addictive...even after a big score you still want another ball.

Not bad but little bit boring for me

A complete horror classic. Strangely there are not many games based on scary themes. Dracula is one that actually brings true horror intensity unlike others. While the game is pretty basic in a lot of ways... The overall mix of the music, cool toys, and the rush of combining all three multiballs at once make this a game I never get tired of.

One of my favorites of all time. Buy one before prices go up. Good staying power.

wtatumjr has owned this game in the past.

Very fast, brutal game and unforgiving similar to Elvira. It's takes me quite a few games to have a good one, but that's what make it so rewarding. Mist multi ball is very cool. Great animations (color DMD is a must), sounds and call outs. Love the theme. Playfield could use some additional lighting. The coffin mod is a must as well. Will own this one someday soon.

Grindhouse has this game on the wishlist.

BSD is a lovely pinball with great sounds and music which complement nicely the spooky theme. Stacking multiballs is very exciting and pretty much the only way to get high scores. So you are trying to almost start 3 different multiballs (mist, coffin, castle), then start one and hope you can hit the items to start the other ones. The pop bumpers play a big role in this game, not only for keeping the ball action interesting, but also to reach the bats and rats bonus (which can be lucrative). The mist multiball feature is genius – this seemingly simple idea requires a lot of hardware to make it happen. In general, with several VUKs, additional metal ramps and a ball lock on a ramp this game seems to have lots of toys and mechanical devices which probably aren’t critical for gameplay, but enhance the game experience. The right ramp entrance rises to reveal the virtual coffin multiball lock – hitting this yields a particularly satisfying clink of ball against metal – (sometimes the real sounds in pinball are nicer than those coming out of the speakers) - the ball then goes into a VUK, rolls through the coffin and is then placed right in the middle of the three pop bumpers.
BSD has a reputation of being a very difficult pin and I think this is justified. So what makes it difficult? For one thing, success in this game depends on being able to nail the left ramp (loop) repeatedly, because only this way will you activate mist multiball (except for the consolation mist multiball on ball 3), castle multiball and extra balls. I find hitting this ramp repeatedly rather difficult and I don’t know why. This game also has rather brutal outlines (somehow this is typical of Barry Ousler games) – another clink of ball against metal in the right outlane – less satisfying. The 3 stand-up targets front and center in this game are to be avoided, if you hit them the ball can fly anywhere at high speed including sdtm. So frequently I find myself almost having a good game, almost having started multiple multiballs, but not quite – and not quite means really low scores, frustration and an itchy finger to push the start button again.