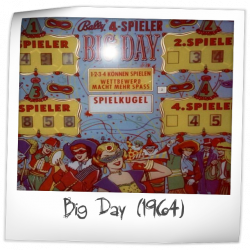 BIG DAY was developed in May 1964 and serial-production started in September.

It was the first 4-Player with an automatic Ball-Lift, and the first machine available also with german lettering. There are 2 different versions of the german Backglasses - the first one shows rather incorrectly "SPIELKUGEL" and the second one "KUGEL IM SPIEL" as the german translation for "BALL IN PLAY" 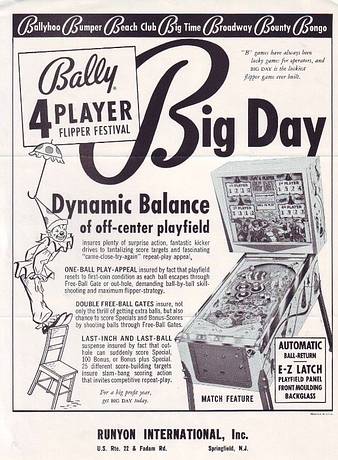 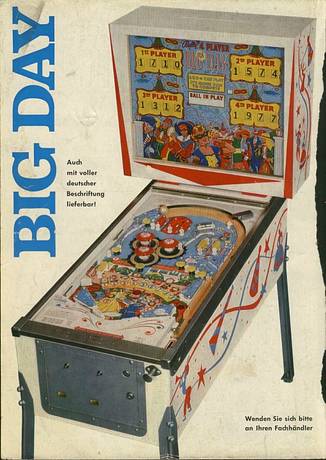 10 Pinsiders have this game in their collections.

There are 11 forum topics linked to this game,