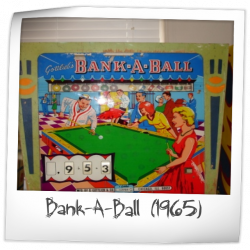 'Bank-A-Ball' was the first pinball machine produced with flipper return lanes, which are wireforms that allow the ball to roll behind the slingshot and towards a waiting flipper. According to the book All About Pinball, Paradise and its add-a-ball version Pleasure Isle were the first games designed to have return lanes. However, Gottlieb rescheduled the production of Bank-A-Ball so that it could be released first.

This game has received 31 approved Pinsider ratings and currently has a rating of 8.253 out of 10.

There are 18 rating comments for this game.

81 Pinsiders have this game in their collections.

25 Pinsiders have this game on their wishlist.

We have seen this game for sale in the Pinside Market 5 times. The median asking price is $1,100

There are 103 forum topics linked to this game, 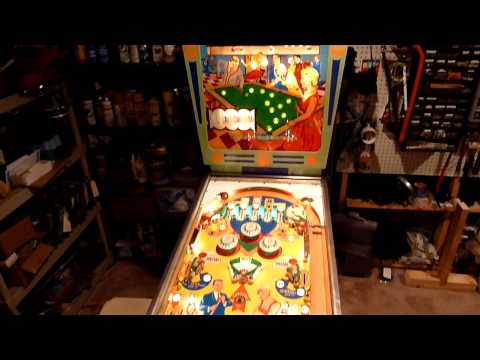