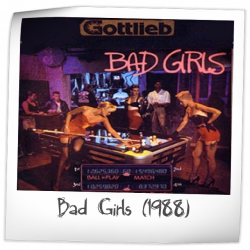 The theme is a game of Pool Billiards played in the late 80's by a couple of -you guessed it- Bad Girls. The backbox shows one of Gottlieb's infamous photographic translites of the late 80's, making sure there's no mistake about when the machine was produced.

The playfield is almost a mirrored copy of Bally's Eight Ball Deluxe's playfield. With enhancements like two spinners, multiball (2) and a Vari-Target, it does have its own feel and flow to it.

The main object of the game is to sink the pool balls by dropping the drop targets, finishing with the 8-ball. After that, you can earn a big bonus by spelling RERACK by hitting the targets behind the drop targets within a certain amount of time.

The art and sound are partly influenced by Michael Jackson's 1987 album 'Bad'. The font used for both the machine and the album title is exactly the same. And one of the tunes in the machine has the exact same bass line as Jackson's song Another Part of Me. 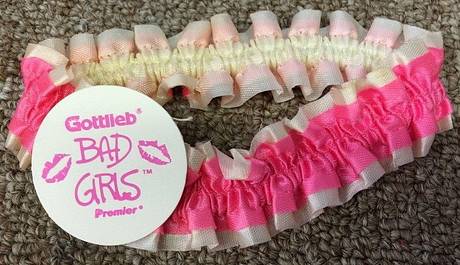 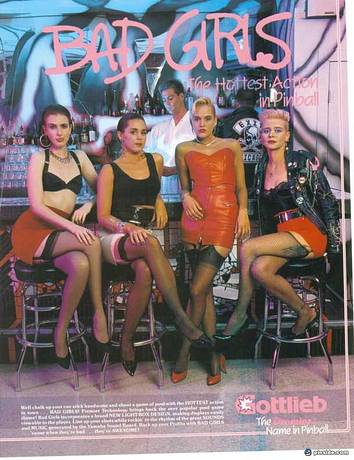 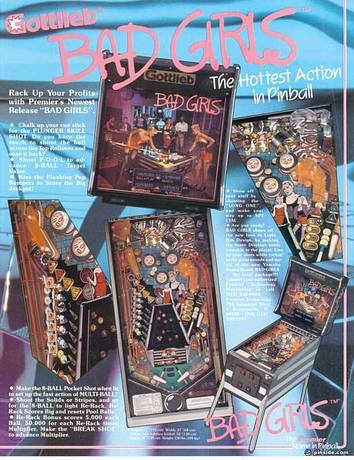 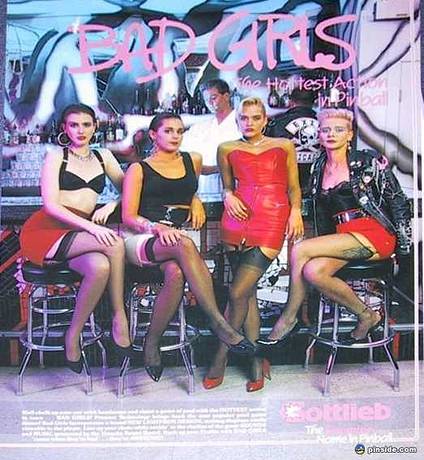 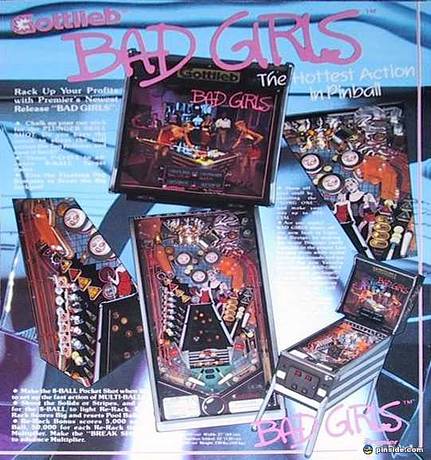 This game has received 29 approved Pinsider ratings. 1 more approved rating is needed to get a rating and for it to be eligible for the Pinside Pinball Top 100 ranking.

There are 18 rating comments for this game.

67 Pinsiders have this game in their collections.

82 Pinsiders have this game on their wishlist.

We have seen this game for sale in the Pinside Market 10 times. The median asking price is $1,500

There are 131 forum topics linked to this game, 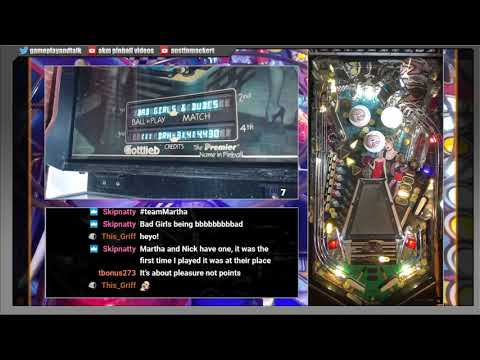