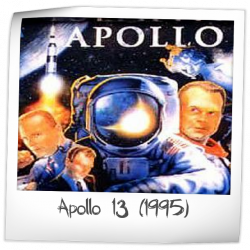 There are 57 ratings (that include a comment) on this game.
Currently showing results page 1 of 3.

I like the theme. A lot of movie quotes. Play field is dark up top center. The 13 ball multi ball is incredible the first couple times you do it. I would have loved music from the Apollo 13 timeframe....late late 60’s 1970. Overall, challenging game and fun.

What can I say - 13 ball multiball is the thing that rocks and other than that the game is tired and boring for me. I don't like knocking any games because there's something for everybody in pinball - but sadly this game is not for me.
7.772/10
8 months ago
JNS

this is the Pinball game that got me started in the hobby , my brother bought one on a whim & soon afterwards I was hooked & on a buying binge , overall a pretty decent game , one of Sega's better titles
9.520/10
1 year ago
RAB

Awesome all round game , very addictive and the 13 ball multi ball always puts a smile on the players face..... should be in the top 100 forsure

Great Movie and a great pinball.

Pinballmaxx edited previous rating on October 18, 2019.
Pinballmaxx has owned this game in the past.

Only played for a short time, the gimmick seems to be the 13 ball multi-ball though as expected 13 balls going all over the place is hectic and not much skill can be used here. There are 5 balls that come from the shooter and another 8 captive balls are released to play and are dropped all at once. Very novel though gets old quick. one thing I did not like was the way the balls were launched, it was loud and clunky and after the multi-ball is completed the balls go through a re-loading phase. Great design and idea though it kind of spoils what could have been a much better experience. Definitely play the machine if you get the chance, but it won't be making my wanted to buy list. 6.5 out of 10
7.414/10
2 years ago
LRP

-13 BALL MULTIBALL, do I need to say more. WOW, just wow!
-Rocket Ship
-Ramp that moves up
-Cool shoot ball (totally unique)
-Lots to shoot for
-cool Moon Ramp with magnet
-DMD screens swings out like door, that's different
-Great lighting
- I like the call outs including the countdown
-Only 2000 made, so hard to find.

-Boring black cabinet, not much design there
-Ramp could be better used
-Not a deep rule set, but not horrible.

What a fun game. This is a game you must play. People who come over will love it and be the talk of the night. If you get a chance to own it, buy it! You won't regret it.

Apollo 13 has always been on my wishlist because I love the Apollo theme. As a matter of fact, I own the original 1967 Williams Apollo machine! Apollo 13 has more than double the multiball of any other machine, at 13 balls in play at once! Yes, it's a gimmick, and yes, more than half drain almost immediately, but it's still a great gimmick and forces you to keep your flipper coils in pristine condition! The only downside is that every time I walk up to it, I'm reminded that Tom Hanks didn't want anything to do with it. His loss. The movie is great, this pin is a great tie-in, and the stereo sound with strong shaker motor is excellent. The excellent backglass benefits substantially from adding warm white frosted LEDs to replace the incandescents, and the ColorDMD really helps this one out. Love the unique launcher too. The standard backbox in this game looks better than the curved "showcase" used in later games. A great effort from Sega on this one.
8.516/10
2 years ago
HEL

Apollo 13 is a fun game the 13 Balls are awesome just wished the game had better rules but it has so many cool features like the Rocker ship and the moon that grabs the ball.

The rocet is cool, also the moon. Funny videomode.

Audiofreak has owned this game in the past.

The game with thirteen balls is funny, but it is not the most interesting part of this pinball. Even without this, the playability is excellent and we replay with pleasure.
7.077/10
3 years ago
WXW

If you don't freak out and/or burst out laughing the first time you get 13 ball multiball, something is wrong with you. That's the feature this game is remembered for, of course, and truth to tell managing 13 ball multiball fruitfully may not be a transferrable skill but it will stretch you out in a way no other game quite will.

That said, the game certainly has other limitations, with a crowded playfield and some oddities in the programming (at least in the original release, I have no idea if there've been any updates, but I couldn't see any on recent games I've played). But, it's got some truly outstanding toys (great rocket stuff) and the inspired repress-valve launch (that launched the accident on the real Apollo 13) always makes me chuckle.

It's definitely a noble addition to the grand tradition of space game themes in pinball, and a great licensed theme - space disaster - that's adequately incorporated into the modes. One of those games that's a lot of fun to play from time to time and maybe a bit more fun that its individual feature set might suggest.

I can't comment knowledgeably on how hard it is to maintain, but when this was first released I saw a few machines in the wild that seemed permanently broken. I played the bulk of my games on one that never seemed to have a problem, though, and the PAPA machine seemed like it was in excellent working order.
8.420/10
3 years ago
???

this one ranks big only because of the higher scores found in it
6.601/10
3 years ago
AGB

Shoot the rocket three times and BOOM! --- 13-ball multi-ball. Then, after 8 balls drain in the first 10 seconds, the multi-ball becomes manageable. The shots are smooth enough, but there doesn't seem to be much else to do with this table after the 13 ball multi-ball. The moon toy and rocket are interesting and, since there is currently no other game in the world that will give you a 13 ball multi-ball, this machine is definitely a must-play. However, don't expect to feel like you can't tear yourself away from this one - one or two games and this one-trick pony is all used up.

I'm glad that I've found this game on location, but I'd never recommend buying one.

Played this game at Sunshine Laundromat in Brooklyn, New York. Really excited to see it in the wild. Took me a while to figure out that the 13 ball multi-ball is a roll-over thing. Overall the play filed is way to tight, no ball room. The music is very annoying unless you are in 13 multi-ball. Neat rocket and moon “toy”. The video mode reminded me of Atari’s lunar lander video game. Ball plunger is unique and the call outs are enjoyable. Mission accomplished.
8.368/10
4 years ago
AJR

Got to play a working version of this pin at the PHOF on my last visit there. As it is always a blur when I'm there, I usually only play pins that I either haven't played before, or don't see outside of there. I also usually keep a strict 2 games per table max so as to properly experience as much as possible. But i ended up playing about 10 games on this one. It is a game based pretty much entirely on the 13 ball gimmick, but man is it a rush to set it up and then play it out. Very nice sound and light package makes it feel intense. I surprisingly really like this pin.
8.968/10
4 years ago
JAY

I think this game is really underrated right now. 13 balls is a gimmick but puts a smile on my face every time you hit it. Apollo 13 reminds me of my 13 year old self playing these 90's era machines in arcades. Nostalgia is a big part of pinball and this machine delivers for me. Its a rare game so always a pleasure seeing one in the wild.

This was the first pinball machine I ever owned. I don't think anyone will ever forget the first time they hit that 13-ball multiball. I liked having it in my collection just to see people's faces the first time they got it. It's absolute chaos! The problem is the ruleset is not that deep, and the two actual objectives (modes and orbits) just aren't worth it point-wise compared to just going for multiball over and over again.
Also, there is a back ramp that gets raised and lowered if you are in a certain mode and it sends the ball over to the left flipper. I don't think this ramp is utilized nearly enough.
The machine can be extremely challenging because of how tight the shots are. I also don't like how the 13-ball multiball status rolls from player to player and game to game, so it becomes a bit uneven in competitive play. I think there were a lot of misses on this machine, and it really could have been much better. It's not the worst, but it certainly isn't the best. I'd probably play it once or twice on location if I saw it, but I don't think I'd be an owner again if I ever decide to part with it.

Crater has owned this game in the past.

Really tight shots. 13 ball multi is a neat gimmick. The rocket and moon are cool toys. Kind of a rare game that you don't see for sale too often.

d0n has owned this game in the past.

Awesome game! 13 ball play is insane! Very challenging to get top scores, very accurate shots need to be had.

Next123
There are 57 ratings (that include a comment) on this game. Currently showing results page 1 of 3.