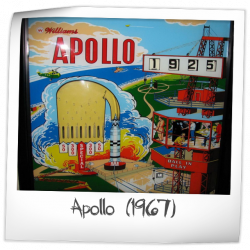 Apollo was one of three nearly identical games produced by Williams in 1967 to capitalize off the prominence of the NASA lunar program, along with Blast off and Lunar Shot. Taken as a group they were among the most popular and best-selling games of the decade. 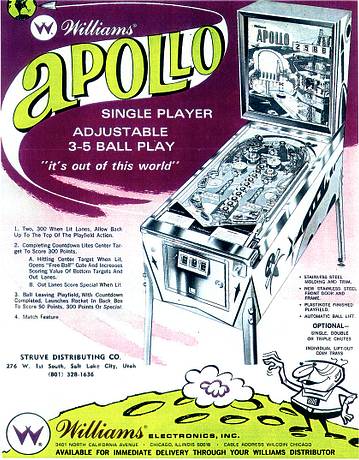 This game has received 25 approved Pinsider ratings and currently has a rating of 8.311 out of 10.

There are 13 rating comments for this game.

65 Pinsiders have this game in their collections.

41 Pinsiders have this game on their wishlist.

We have seen this game for sale in the Pinside Market 9 times. The median asking price is $850

There are 58 forum topics linked to this game, 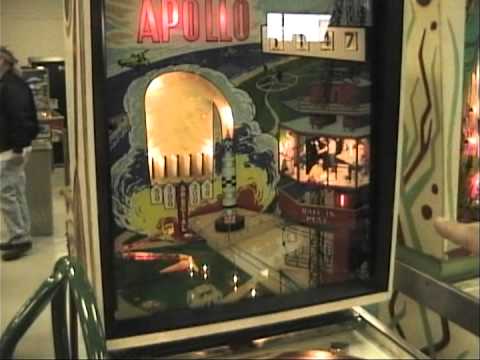