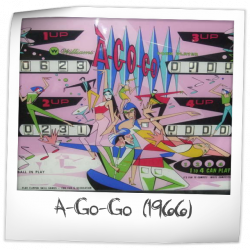 Williams A-Go-Go, released in May of 1966, was a huge success and the second machine to feature the contemporary artwork by Designer/Artist Jerry K Kelley.

Mr Kelley not only did the artwork, he also designed the 'Low-Charger' Cabinet and invented the smooth Nylon-Buttons. Some years before he designed the famous Williams-Logo featuring the sharp-edged "W"

A-Go-Go had several production-runs and the last one already had the new-style Cabinet with the new triple-Chute-Front-Door, also designed by JKK.

The dancing Man with the stylish beard is a Self-Portrait of Mr Kelley.

With a production-run of 5,100 it ranks #4 of the most succesful machines of the 1960's right behind Gaucho, Capersville and Ship-Mates. The major part of them went to Germany. 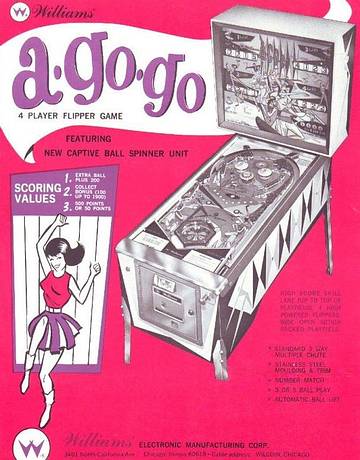 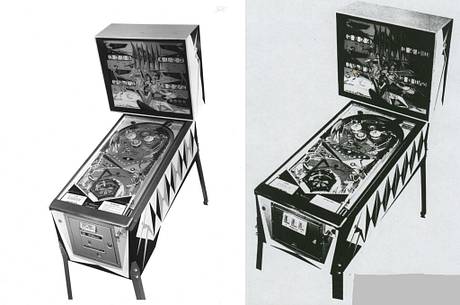 30 Pinsiders have this game in their collections.

We have seen this game for sale in the Pinside Market 2 times. The average asking price is $225

There are 47 forum topics linked to this game, 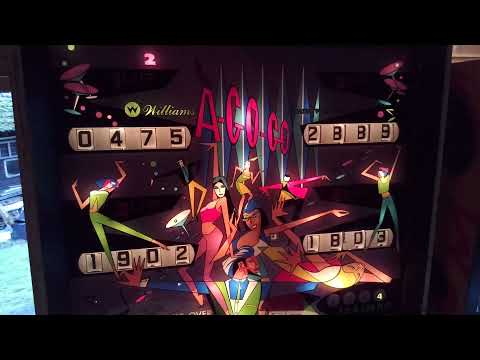