Hey Aurich!
Thanks for such a nice post man! I don't know if you remember, but I met you briefly up at Chris' house years ago at a tournament. You were really helpful with some questions I had when I made my first witch. I remember calling you the hammer guy once I realized who you were, even though you've obviously done other things I learned about later. Very cool to see you making them again. They look awesome.

I do remember! I hadn't thought about that until you reminded me, but I totally remember it now. RIP OC League.

Chris is one of the OGs in the mod hobby, a lot of people don't know about his early contributions now probably. Like the alternate Twilight Zone clock housings. Maybe that day you were there you saw his molds for the 3D Scared Stiff slingshots?

I haven't seen him in years now with the pandemic and league ending, but I did talk to both Randy and Doug recently, so staying in touch with the ColorDMD family.

I don't really mean to throw shade at any mod makers. You don't have to apply for a mod license or something, it's something anyone with an idea can (and should) do. I can't and am not trying to gate keep anyone.

But ... compared to when I started doing them it sure feels different. Every new release gets a list of mods from full time makers the day a teaser video drops. There's pressure to do something every time when it's your job and not a side hobby. You get a lot of competition for the same ideas, sometimes 4+ versions of the same mod. And look, my new hammers are stupidly expensive and I'm not mad at people making money, just to be clear.

I guess I just want to call out the high-effort stuff that really feels transformative to me. This is 100% one of those.

Steve, just double checking you received my pm? Can you post (dare I say) an updated list....
As Aurich mentioned, I don't have a minty shadow yet, had a players game previously and will own one again, so I bought his art package, Same for Iron Maiden, the more I see Kieth's games the more I like them, and out of all of them Iron Maiden fits into my collection the best besides Godzilla which is just an awesome game all by itself!!

I got your PM and you're on the list. And I'm not going to post a list right now because it can get confusing, and some names aren't actually on Pinside.

But if any of you want me to confirm you're on it just PM me. 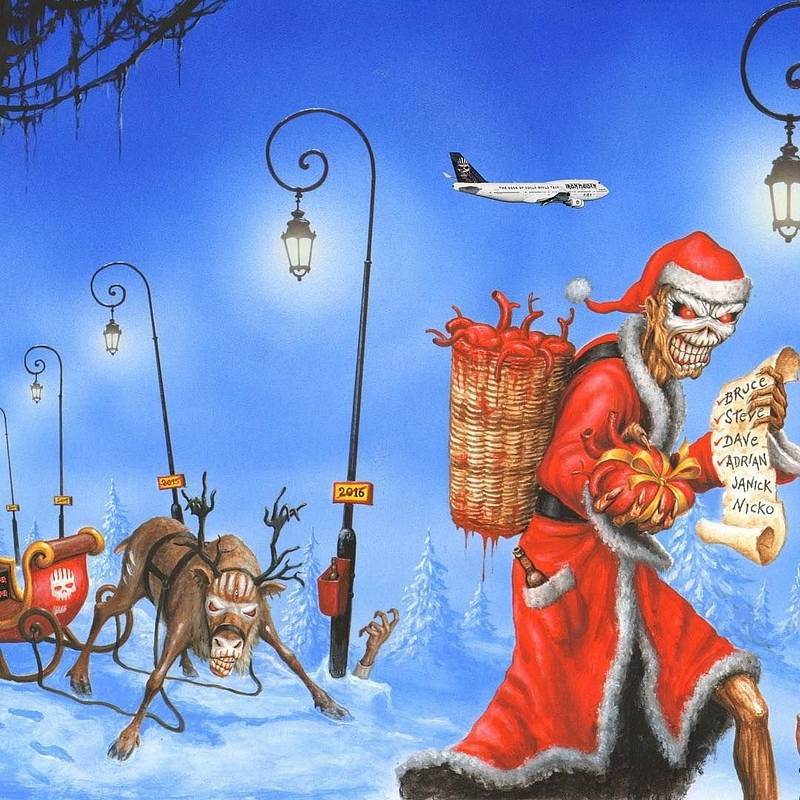 Finally,after a long journey #22 arrived...obviosly you can almost feel the the passion and the effort Steve put in it by the first touch.The amount of details and the vibrant hand painting simply put this mod just on another level.Moreover Steve is one of the coolest and more professional modder i ever met,everything was perfect from comunication to the packaging.Honestly we shouldn't call it "a mod" anymore cos it's a bit reductive,this Sarcophaguy got some soul in it.i'll repost some more photos once installed.Thank you Steve and Tricia for the marvelous job 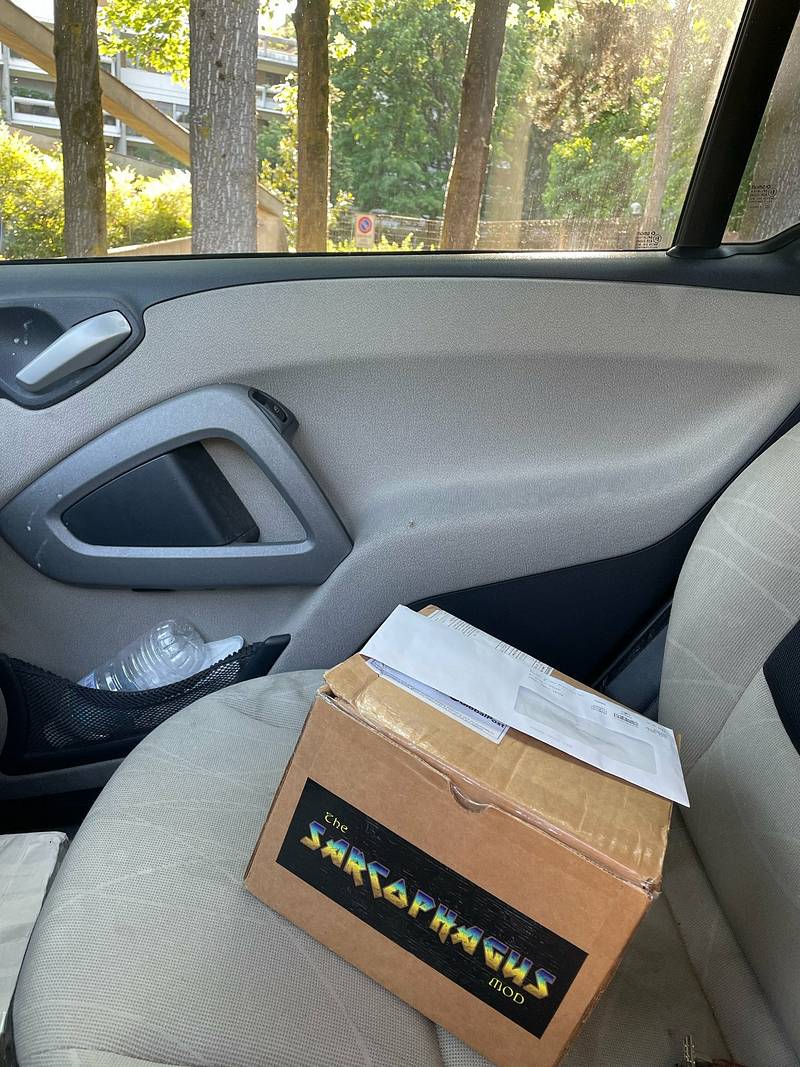 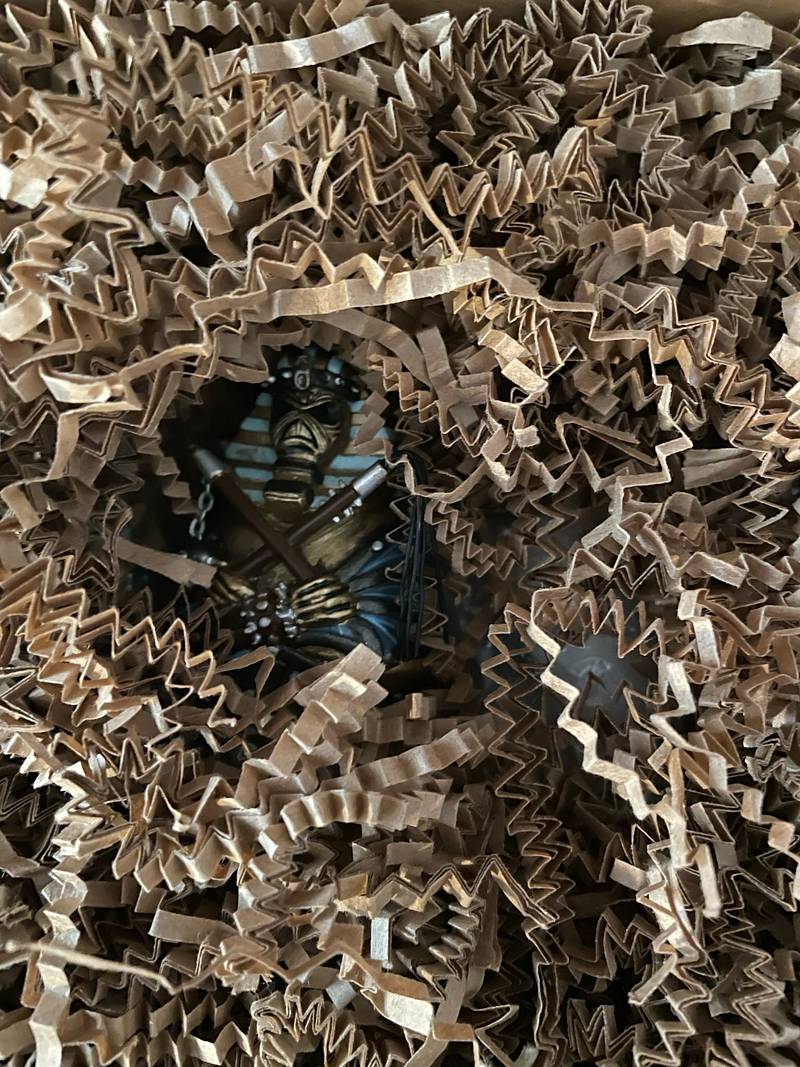 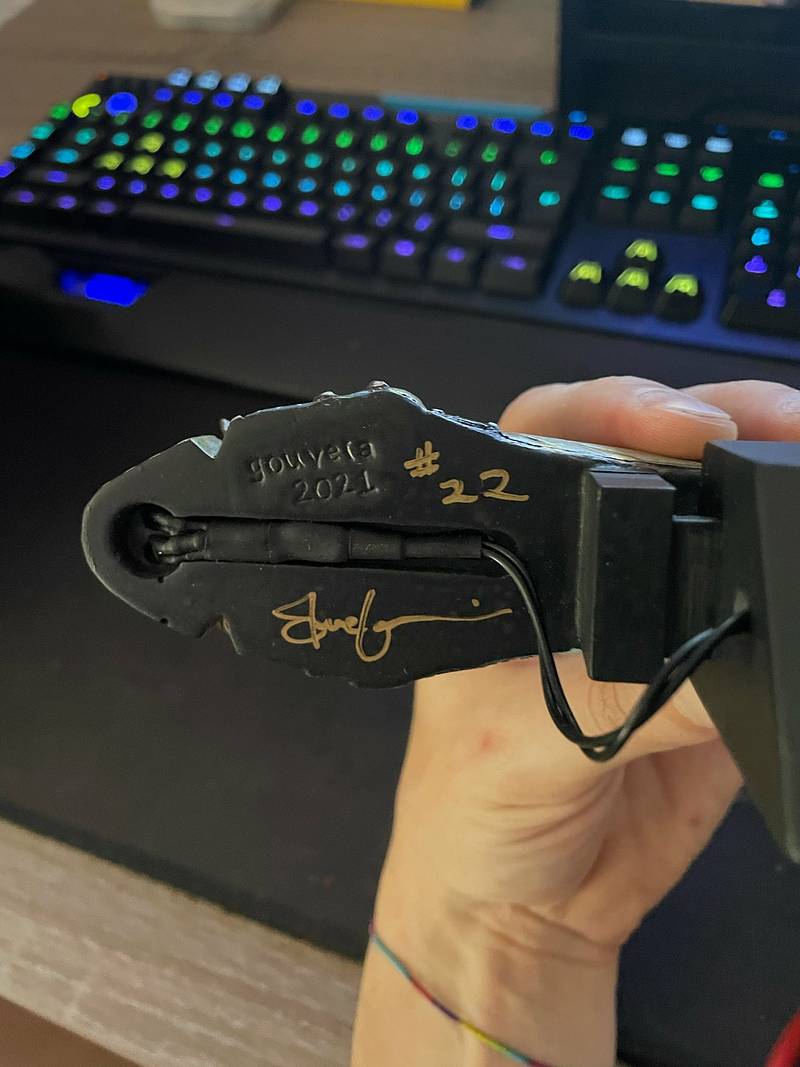 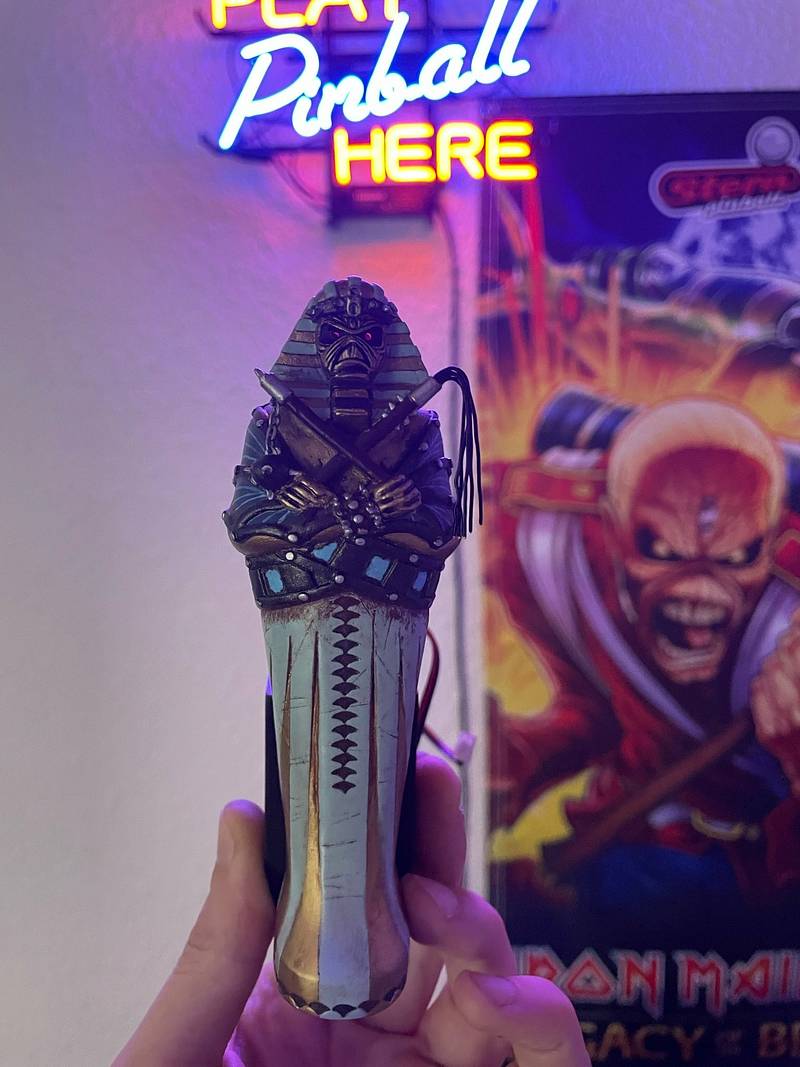 It was a LONG journey.

Sarcophaguy's indeed got some soul. Gus is in Italy, everyone! Viva Italia!!

When Steve said this will make you play better I must admit, I didn’t fully understand .I have not got to the beast yet in owning this almost 2 years .That being said I’ve had 3 cards, minus Mummy, roughly a dozen times .Since I’ve installed Gus it’s like a big sign saying “hit me “. I’ve earned the Mummy card 4-5 times and just today had 3 cards (including mummy” when I drained on my last mode .That’s officially the closest I’ve got .Thanks again for your work Steve and it’s Fing going down soon !! Up The Irons!!!!

That's what I meant! It makes the target look WAY more appealing so you wanna keep hitting it.

Gus No 38 in Canberra! And like the three Gouveia mods I already have on my WOZ, it is a magnificent piece of art 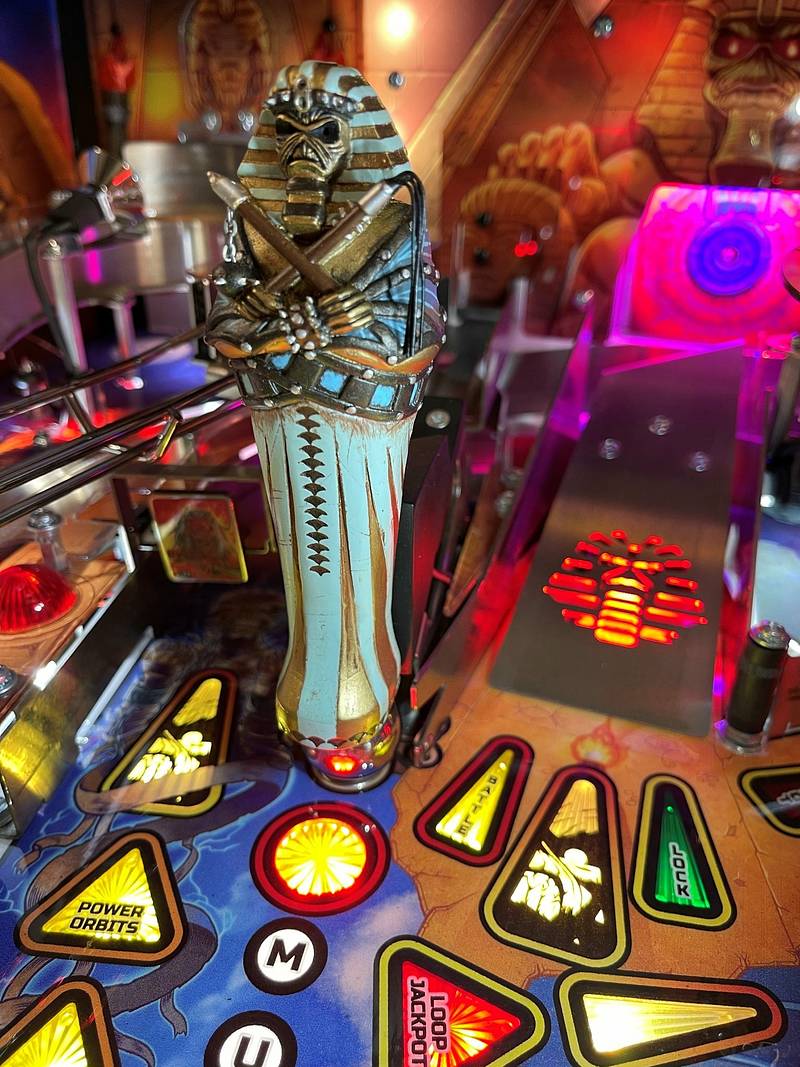 Fantastic!! Thank you so much!! 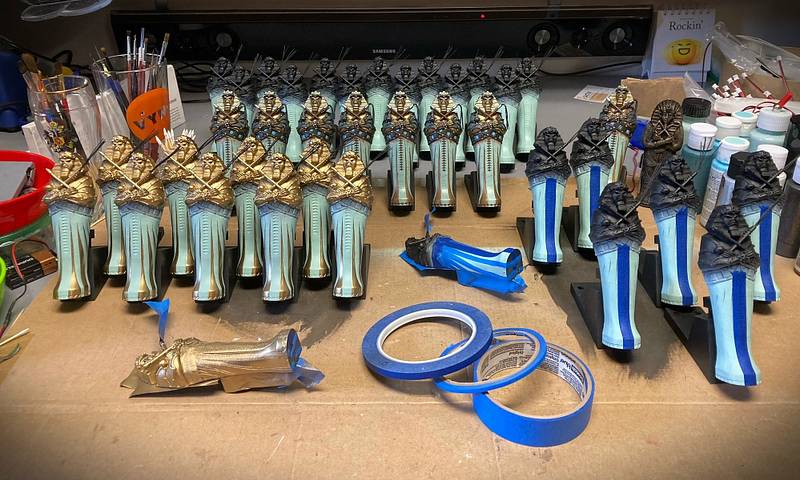 Any luck on a version for the Pro?

Definitely. I've already figure it out (I think). It will look and act differently, but it can be done. I have to finish up these forty before I even consider it though, and then get some idea of how many people would actually be interested in a Pro version before I start spending time on it.

Please put me on the list for a future run.
I own a premium.
Thank you Steve!!!

I am intrested in a pro version!
Thanks!

If you make any more, please add me to the list.

Please add me for a premium, if available. Thank you!

If the list opens up again I'd love to be in it for a premium.

I've been pretty busy painting and assembling these guys, and I'm getting close to finishing the forty. I've got about half of them ready to go, and the others will be ready soon.

So without further ado:

Your mods are finally ready! I'll be sending you info soon. 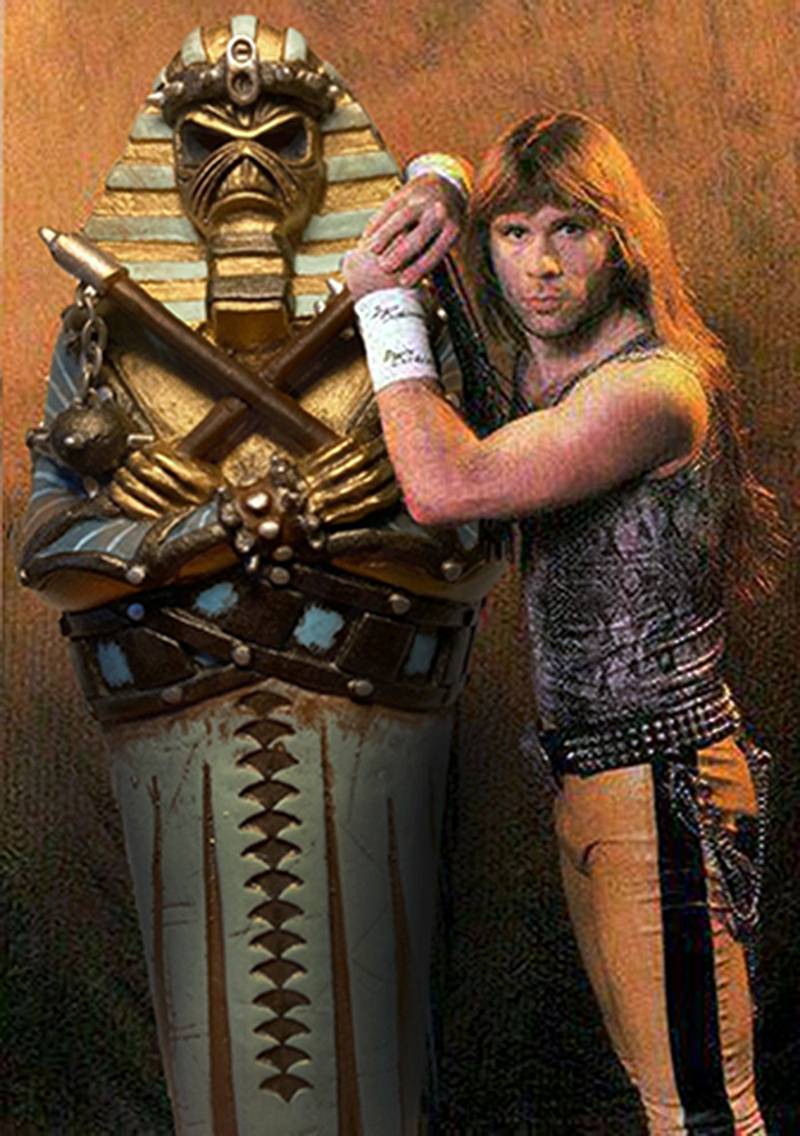 +1 if you decide to make any more.

Is it easy to install? Is there an install video?

It’s very easy to install. Comes with a QR code that links to a video. Effectively, remove 4 screws, put two back in and connect the replacement comet connector in the flasher underneath. Takes about 5-10 mins.

The hardest part is me getting them out to the rest of you because they're pretty time-consuming. But I'll have more out soon!

Promoted items from the Pinside Marketplace
13,000 (OBO)
Machine - For Sale
Wizard of Oz