Would love to see a RUSH pinball!!!

I know there is a "one off" RUSH pin that has been posted around this site. But I would love to see a full blown RUSH pin come out (preferably covering earlier material "but I have to say that I am old school RUSH weighted"). I would be happy to see a RUSH pin in general regardless of material. This incredible band which has finally been inducted into the Rock and Roll Hall of Fame (way too late! IMHO) deserves this honor!!

Rush was always too good in terms of their ability that not many people ever truly appreciated their ability. Rush would be a good pin for the collector that knows their music, but a bad choice for the general public as the public's music is touch and go depending on what's popular at the moment.

I keep hoping Rush will be chosen to play the Super Bowl halftime show. Maybe they'll pick them for when the Super Bowl is in New Jersey, since Canadian band, cold weather, etc.

I would put the cash up for a Rush pin without even seeing a picture.

I am a big Rush fan. And I think the songs have a lot of potential to be a good theme. But there is one problem. I can't see that this game would sell big. For example, Rush is not big here in europe. You can't get a hype like with AC/DC , Metallica, Queen, The Beatles......

Rush is to far away from mainstream.

But I will get tickets for next year when they play here in germany.^^

I saw a lot more girls when I saw them in September in NH.

Double check that... Only way to know for sure is to see the face.

Double check that... Only way to know for sure is to see the face.

I looked for an Adams' Apple and she was smooth.

I know, no one believes me.

Back then my cellphone did not take pictures, so I have no actual proof - but I swear it was a girl.

Saw them in Atlanta 2 months ago and there were plenty of hot MILFs. They just aren't as diseased as those at a Motley Crue show.

would be much better than washed up metallica ! i dread to have to the look at the current pictures of lars and james on a bg .

Good luck trying to dance to By-Tor and the Snow Dog.

A RUSH pin would indeed be awesome! Seen them twice in the past few years-- they are still amazing! 3 guys with enough talent to create 10 bands. Best drummer ever, period. Would a RUSH pin sell like hot cakes? probably not. But its fun the think about!

Too funny. Geddy wearing spandex pants on stage was one of the worst sights I've ever witnessed.

Come on Stern, skip Metallica and do a Rush pin!!

Bah, Limbaugh is over rated.

I wasn't into Rush back in the day , but have learnt to really appreciate the great music they created. Hearing a lot of people say how great they were, I gave them a chance, now I get it. I have never bought a NIB but Rush would be high on the list.

I would rather have a Rush Limbaugh machine!

I believe this machine is being picked up today from Dave Astill who owns both Rush pins ever made. It's a big vendor we all buy from so hopefully they will chime in this thread

I've been to multiple Rush shows with my girl, who's a bigger Rush fan than I am.

I'd buy one the second it was announced!

I think the steampunk theme of their Clockwork Angels album would translate well into a pin. The pin could borrow elements from the story.

Thread resurrected! Let the speculation continue, and this time I think we have a shot!

In case you didn't catch it, given his record, it's more than a shot. 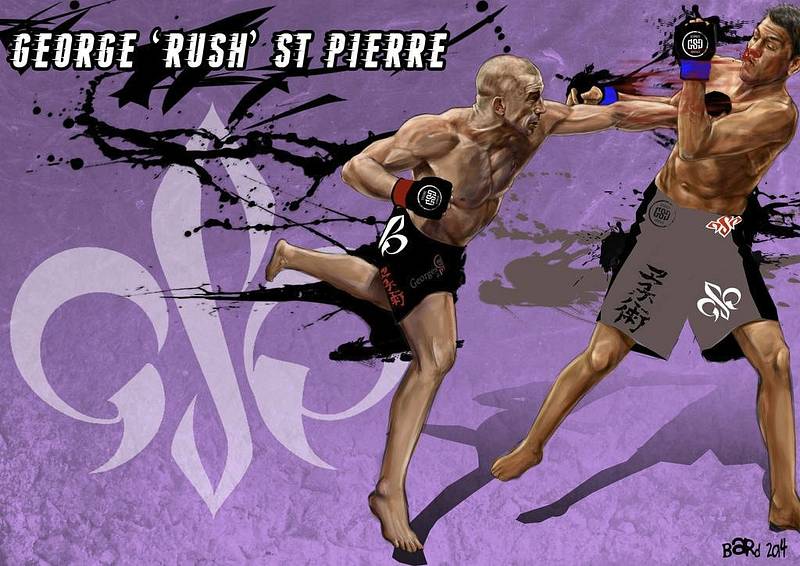 Wow. Totally forgot I had started this thread 8 years ago when I was a Newbie. I still would love to see a RUSH pin, especially when we will now never see "The Professor" on the drum kit live again. How about JJP or Spooky do one.

Im in. Hopefully they do something cool with the drums and have a killer sound system.

Hemispheres Wizard mode where you fly the Rocinante through the galaxy!

I have to admit, I haven’t listened to my Rush albums since high school. I need to pull them out and give them a spin. I did see them in concert about 5 years ago, and it was great.

Wasn’t a real fan, but wore out Subdivisions on my Signals album in my Jr. High days.

Wasn’t a real fan, but wore out Subdivisions on my Signals album in my Jr. High days.

That was my favorite album too.

That was my favorite album too.

Don’t think I’ve listened to it in literally decades. My LP is long gone, but definitely putting the album on my playlist tomorrow.

i heard a rumour

The rumor is out there, will it come to pass? I really hope so....

Are we looking at possibly next fall?

outside of the obvious..... (Tom Sawyer, YYZ, Subdivisions, Limelight, etc....) What songs would you like to see in it that arent "publicly popular"?

I am a huge fan and really hope this machine gets made, but there are a lot of their songs that I like that also don’t feel like good pinball playing music to me. Songs that if given the option on a pinball game, I would skip over and play something else instead.

The thing is, at least so far, Stern only ever puts in like 10 songs… I wonder who makes the final call on which ones? The band, their management, Stern (probably not)?

I am gonna have to think a bit about which ones I would want though… I always listen to the entire albums now, so separating them into ‘singles’ off the top of my head is tough.

Wow - that is actually much harder an exercise than I thought it would be. While I came up with a couple (and softened my previous stance in Roll The Bones… that actually could work for me)… prog music is not easy to imagine in this format on a song by song basis when you are pushing it into the idea of the game being built around it (instead of just playing in the background). Maybe the changing time signatures, or ?

Anyway a couple that felt like workable songs to me:

outside of the obvious..... (Tom Sawyer, YYZ, Subdivisions, Limelight, etc....) What songs would you like to see in it that arent "publicly popular"?
I would like....
The Big Money
Animate
Force Ten
Roll The bones
The Main Monkey Business

It would blow my mind to see a Rush pin inspired by the song "Cygnus X-1" and themed ala Black Hole...would be amazingly awesome...just like this:

outside of the obvious..... (Tom Sawyer, YYZ, Subdivisions, Limelight, etc....) What songs would you like to see in it that arent "publicly popular"?
I would like....
The Big Money
Animate
Force Ten
Roll The bones
The Main Monkey Business

1. Tom Sawyer
2. YYZ
3. Spirit of the Radio
4. Temples of Syrinx(some kind of an edit that includes the overture?)
5. Limelight
6. Freewill
7. Working Man

I’d like to see some of these as well:

Im so excited for this

If it happens and it’s Stern

In a perfect world for me there would be an option for every album in its entirety.