Are woodrail pins worth buying? Is there a market for them? I’ve seen a few at the pinball shows but never a lot a people playing them. What’s your opinion on woodrails?

There was a pretty hot market for woodrails for about two weeks around 2007 or so, but those days are long past and honestly, they are one of the better values these days. Seems like you can score a very nice woodrail for under 1K these days. There's just not a lot of interest in them currently; No noobs are getting into this hobby to buy woodrail pinballs in 2021.

Some are fun and some are not so fun. Unless you are particularly enamored with the art/theme, I'd avoid the "bingo" games of the early 1950s (bingo combined with flippers is not a winning combo), and the earliest woodrails (late 40s to early 50s) in general are not gonna be great players, as they were still trying to figure out gameplay and balance between skill and chance. The earliest woodrails can be a weird swamp of reverse flippers, impulse flippers (both move at once), seas of bingo or gobble holes, weird flipper placement etc.

But the late 1950s woodrails are generally really fun to play when dialed in, regardless of if they are Williams or Gottlieb games.

A couple I've had and really enjoyed are Wonderland and World Beauties. The Williams games are much peppier, the gottlieb games tend to have better art though of course there are exceptions (I happen to like George Molentin's stuff). For "playability" (IE: ability to keep the ball in play for more than 10 seconds) you may find Williams games to have more "modern" layouts).

Woodrails are cheap, charming, and tend to look really cool. If you like EM pinball, it shouldn't be too had to find a woodrail you'll like playing...if you don't like old games, well obviously these won't be for you. I do think any larger, well-rounded collection should include a woodrail. They are just cool games and it's great to have something that really represents genuine old-school pinball.

I love them for a few reasons. I think they are hands down the most attractive era in pinball. They are physically smaller. So having a small gameroom with low ceilings they are the easiest to cram in. And like most eras playability really varies from game to game. There have been a lot of more modern games through my collection that were really fun for awhile. My 1955 Frontiersman is the favorite among my collection and I can play it nightly without tiring of it.

With that said the market for them has undoubtedly softened. One could argue that most pinheads entering the hobby have no memory of playing them in their youth. But then I never did either. I wouldn't buy one with the expectation of a big return on your investment. Only if it's something your interested in.

I agree that there’s not many people looking to buy woodrails. They play slower than 70s EMs for example, but are really hard to play well on, and some people like that challenge.

The York show is in two weeks and is half the size of Pinfest, but 60% of pins are EMs with a lot of woodrails in freeplay. They have a “woodrail row.” I suggest going to the show and you might find one to take home.
https://pinside.com/pinball/events/white-rose-gameroom-show-2021

Also, Tom Considine runs a woodrail group on Facebook and lives in Bel Air MD. Do you know him? I’ll try to get his Pinside name.

Are woodrail pins worth buying? Is there a market for them? I’ve seen a few at the pinball shows but never a lot a people playing them. What’s your opinion on woodrails?

1. No.
2. A tiny one.
3. Some are okay to look at but the play barely counts as pinball by today's definition.
4. They are from an era when pins were gambling devices. It's a different "fun" than playing pinball today.

Are woodrail pins worth buying? Is there a market for them? I’ve seen a few at the pinball shows but never a lot a people playing them. What’s your opinion on woodrails?
Kickout

I would definitely play one before buying. I think they are beautiful pieces of art, but gameplay on a lot of them is slow. I had a 1954 Gottlieb Stage Coach that was a lot of fun but downsizing forced me to sell it. It is now however in the good hands of another Pinsider.

They are past most of our nostalgia timeframes. I've got a 1954 Williams Spitfire that has "impulse flippers" (like a pitch & bat), but the art is awesome and hey it's pinball. Still fun to play -- a 50V game plays fast & furious. How can you say no to these ladies? 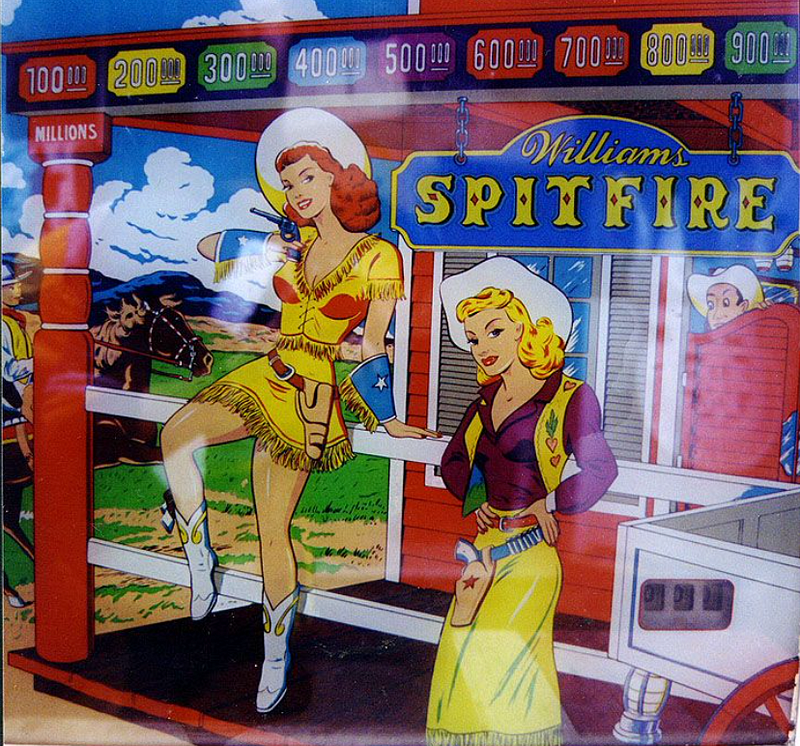 Been waiting months for my woodie to get here from the States.

It's a 51 Williams Control Tower.

It got dropped off down the coast at my techs place for a going over and i'm going to get it on Saturday. I'm really excited abaout it.

Mitch says
"Have to say i really like it.. i find it really addictive to play, definitely one of those "just one more game" kind of games!! I'm very glad to have had the opportunity to work on it (and play it heaps before it leaves the building)" 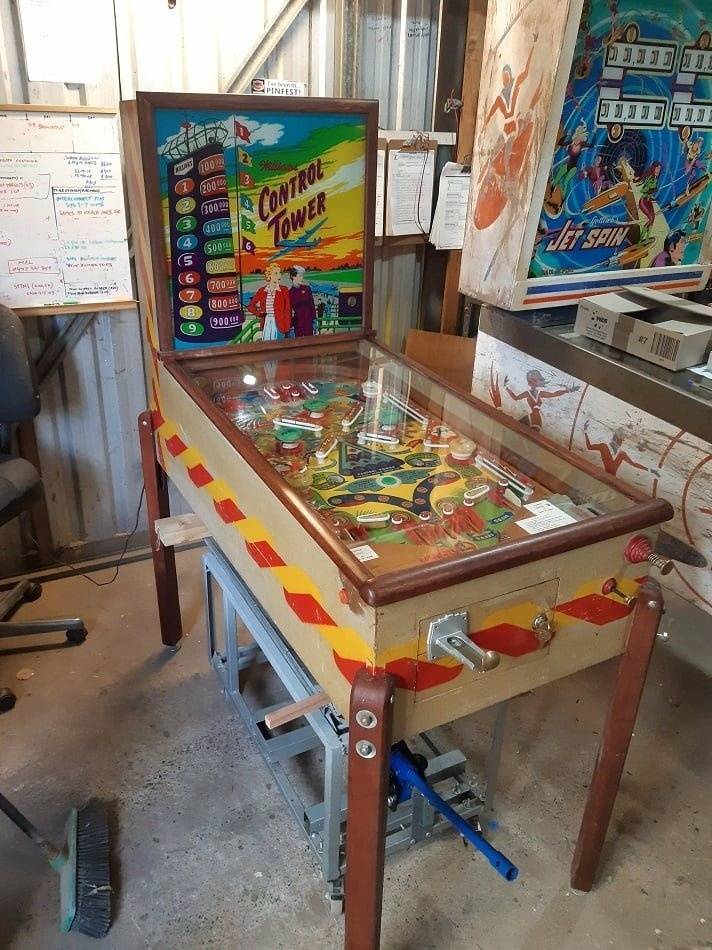 I mostly bought it for my players here in Sunday Silverball. It's good for people to know where pinball came from, and i'm really, really looking forward to the grumbles and groans when it comes up in comp.

I find woodrails very interesting players, and love owning them. I play woodrails as often as possible.

- They were made in a time of heavy innovation on rules and layout design - many games offer multiple paths to special, in some cases the holdover extra or super specials that award a ton of replays at once.

- They are physically smaller and lighter, so much easier to move and move while playing.

- Flipperless games offer a completely different challenge and understanding the rules is key to play. There's no way to flip your way to great reward in them, so the games are (typically) much more focused and, in some cases, complex. Woodrail bingos, in particular, are very complex players that have a variety of interesting features.

...not to mention the absolutely gorgeous artwork and appearance.

Someone mentioned York - that is hands-down the best show to play a variety of woodrails. The woodrail folks do a great job to ensure that there are several machines with varying goals and features for play. I've found many games which I've enjoyed by simply attending for a number of years and playing.

This year I finished working on a Williams Jig Saw I had gotten a couple years ago, my first woodrail. I kept putting other projects in front of it and finally decided to finish the work on it. I’m glad I finally finished it. It’s a blast to play, and addictive. I have a hard time not playing one more time to light more puzzle pieces on the mirrored backglass the next time. 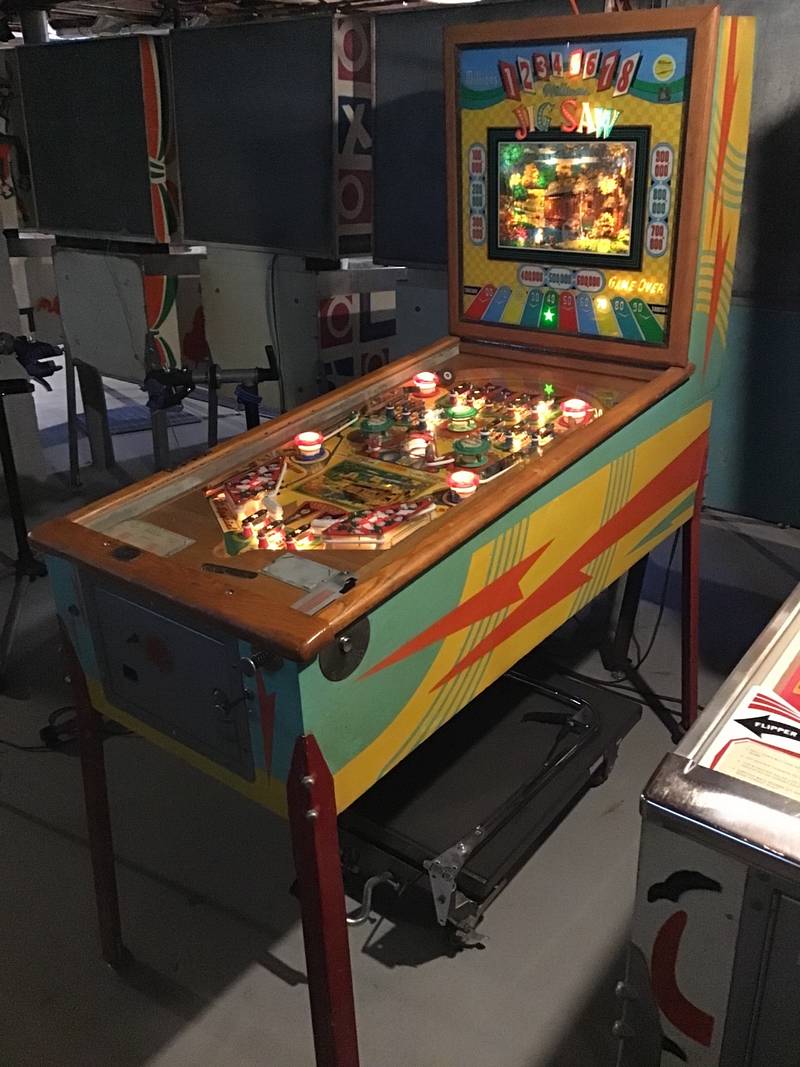 For pinball, I was 100% metal rail (and also AAB) but picked up a few of the somewhat wanted woodrail
titles over the years and the last 6 machines I went through were woodrails, and damn! Okay new toy,
but the past couple months, I fire up a game, it's a woodrail. 4 out of the 6 are Williams, and have to give
Harry a 100% Thumbs Up..
Yea, for sure. A little research and certain Titles I'd surely scoop up..

I have a knock out with a reproduction playfield. That one must be worth buying if someone repro the playfield and you can’t even get them right now.

I also have a WMS fairway that at least two of my friends are wanting to buy off me and it hasn’t even been set up since I bought it.

I’d say they are worth buying depending on the title.

I’m gonna go out on a limb and say 100 years from now a wood rail will be more valuable than a current Stern. Why ? Because they are art and a photoshopped Stern Star Wars is not. Second they will be less plentiful and scarcity equals expensive when talking collectible antiques. My wife who does not get pinball at all told me the only game she would let in my living room is my woodrail 57 Silver. Look I love modern pinball, but as for innovation in design and approach, the late 40s and 50s destroyed any modern attempts at innovation. When we start viewing these machines more as relics than asking the question “how’s the gameplay ?” the dollar amounts will go up. Just look at the price of a 70s and 80s jukebox compared to a 20s and 30s jukebox. Not even close and the 80s juke sounds 10X better. I see collecting more EMs and wood rails in my future because I just love the design and art. Good for me as the market compared to Williams/Bally 90s or even early 80s SS has a much smaller pool of buyers. 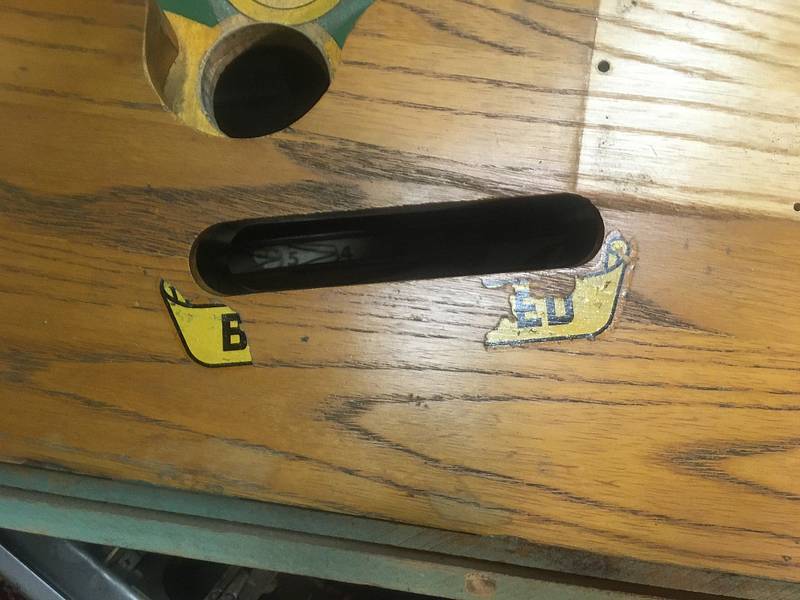