My name is David, and I am founder of The Pinball Asylum in Fort Myers, Florida.

When we got the news that we were to host IFPA17, The World Pinball Championship, we were ecstatic. The Pinball Asylum had been hosting tournaments since 2011, and this was a culmination of all of our competitive pinball dreams.

We knew that we could showcase competitive pinball in a grand fashion, and we decided to try and get a movie made about it.

We enlisted award-winning filmmaker Joe Granato (The New 8-Bit Heros), with Adam F. Goldberg (The Goldbergs) as Executive Producer, to make this film.

Selling the finished documentary, tentatively call Skill-Shot, to Netflix is the goal of the filmmakers, but to do so they have to be able to make a great film. Making a great film takes money, and thus was born the idea of doing raffles and giving away pinball machines.

Half of the money raised with the raffles will go directly to the filmmakers to pay for production costs. The other half will go to buying a pinball machine for the winner of each raffle.

Here's the link for the first raffle, and a great video by Joe Granato talking about the film: https://go.rallyup.com/skill-shot-pinball-movie

The original date of the World Championship was to be May 2020, but because of Covid, the IFPA made the wise decision to delay the event until May 2021. The filmmakers have completed some preliminary footage already, but hope to start back filming in the months to come.

All contributors that participate in our raffles will get a "Thank You" in the film credits.

Our hope that competitive pinball might gain a wider audience is the reward we here at The Pinball Asylum seek, and to document the stories and competitive challenges of the best pinball players in the world.

You can help AND WIN A BRAND NEW PINBALL MACHINE in the process.

We hope you'll be a part of our journey! 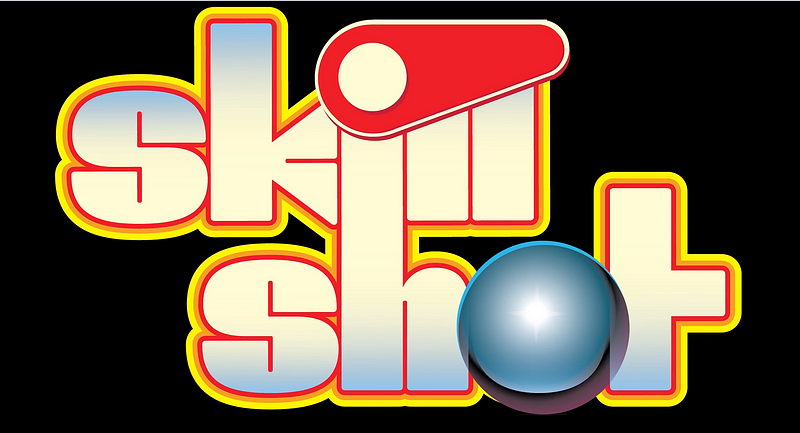 Joe Granato is such a talented filmmaker and the Asylum is like a slice a heaven on earth, how can this film go wrong? I was lucky enought to be there the day Joe and his crew were filming. My 95 year old pinhead mother was interviewed as longest continuous pinball player (1941-2020). She had lots of stories about the 1950-60's including a bombshell about some games that ended up in Niagara Falls just days before the NYC famous day of pinball machine massacre in 1949. An amazing pinball rescue story. Unfortunately my mom passed but I'm sure she will get a small scene in this doc. Joe's sound man could not stop laughing at one point. This film needs to made everyone! 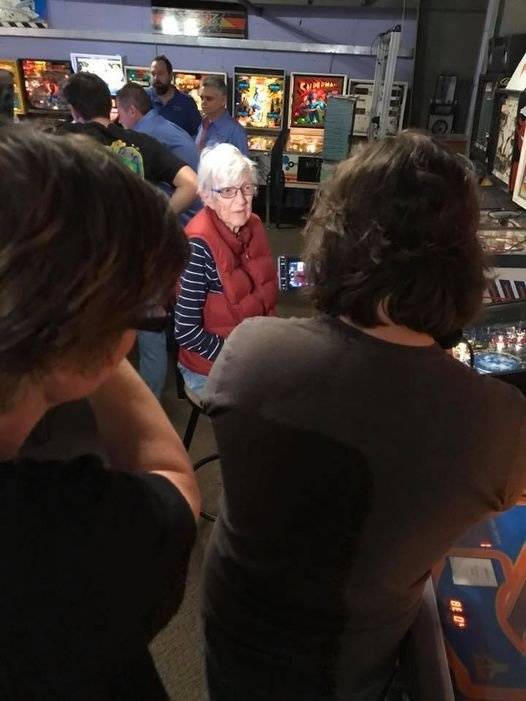 Thanks, Peter. The filmmaker doing this new pinball documentary, Joe Granato, did an interesting doc on his quest to create a home-brew NES game which some of you might enjoy.

Help us get the word out about this new documentary, and if you wish to get involved in any way, please PM me.

Thanks to all the folks who recently bought raffle tickets in the last week! We are slowly inching up past the 25% sold mark.

Buy a raffle ticket or two if you can to support this upcoming documentary. We appreciate the support!

This is a great chance to get a brand new Stern to play at home -- I would love to have a TMNT but then I haven't seen the new Avengers. Do you get to choose what machine you want? Is a JJP pin an option? GNR LOL? Anyway it's for a very good cause -- the Pinball Asylum is 100% nonprofit, volunteer created / managed / maintained. (Plus if you're a Florida player you'll probably end up being in the video ....)

This is a great chance to get a brand new Stern to play at home -- I would love to have a TMNT but then I haven't seen the new Avengers. Do you get to choose what machine you want? Is a JJP pin an option? GNR LOL? Anyway it's for a very good cause -- the Pinball Asylum is 100% nonprofit, volunteer created / managed / maintained. (Plus if you're a Florida player you'll probably end up being in the video ....)

Elvira2312 for posting, and your kind words.

And yes, as the winner you will get a choice of any current Stern Pro model machine. And sorry, you can't substitute a JJP machine!

Please buy a ticket if you can!

For a great cause and to support the mission of The Pinball Asylum of promoting the sport of tournament pinball. You have my support and yes, a new Stern Pinball machine would look nice in the game room. I'm liking the looks of the new Avengers!

The Asylum rocks! Great group of people and pins!

The Asylum is definitely our happy place. Love the atmosphere, the people and the pins. Hopefully this Covid pause ends soon and the greatness of The Asylum will shine again. Best of luck to all who purchase a ticket!

The Pinball Asylum is a tremendous asset for the Pinball community. Please take advantage of this awesome opportunity to help support this documentary and possibly win a new Stern Machine in the process.
Looking forward to watching the
IFPA best players go for the title
as the World converges at the Asylum in May, 2021.

Love the Asylum Babee!!!! Nobody does it better. Would love to win a Avengers and help out with a great cause!

I was there all day as Joe and his crew were filming constantly. Everyone pitched in with jokes and ideas; food and beer maybe. It was almost 12 hours total. Interviews with Dave, Eric Stone, My mom, me (a little story for the cutting room floor) and a few that names escape me. It sucks production schedule was severely delay because of Covid. I'm absolutely sure this film will be made, the early we can get it funded, the better the final product.

Thanks everyone for the kind words!

The Pinball Asylum is ready for the filming to start back.

Joe Granato, the director, plans on hitting some major tournaments around the country once the IFPA starts sanctioning again. Hopefully TPF will be the first one he films at, as the plan was to be there last March befoire Covid hit to film some competive pinball and interview some of the top players. He also has plans to be at ReplayFX for Pinburgh this year.

PLEASE, if you can, support this independent film by buying some raffle tickets! We are close to 50% sold at this point!

And take a look at one of our newly up-and-running rare beauties here at The Pinball Asylum. Rally's 1963 Happy Papeete (thanks to

wisefwumyogwave for getting it working 100%) is ready for you guys to play when we open back up! 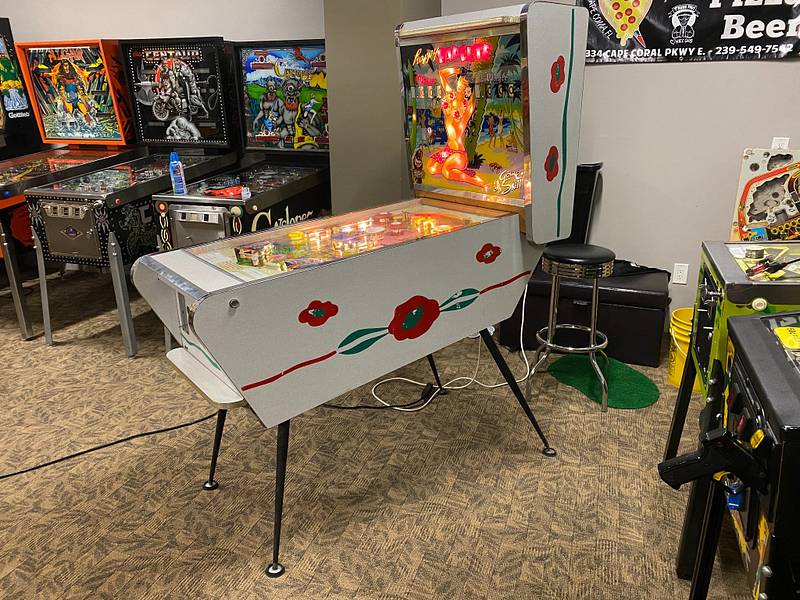