You're currently viewing posts by Pinsider G-P-E.
Click here to go back to viewing the entire thread. 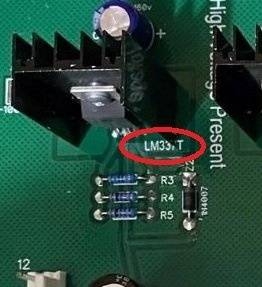 If you only use LED displays then the entire HV supply isn't needed so pull the fuse.
But these boards are also intended to supply power to plasma displays for the people that have not converted to LEDs.

Using a low voltage regulator in a high voltage supply is asking for trouble.
LM337T regulator is specified to have an absolute maximum input to output differential of 40V.

Can't remember DC input voltage of system 7 regulator off the top of my head so I will use 110VDC for an example.
If the input is 110VDC and the output voltage is set to 100VDC then you have a 10V differential. Theoretically this is fine and will work properly.
BUT there are two times where this absolute maximum 40V differential can be a problem.
1 -- If you throw a momentary short on the output voltage (it happens) then the input to output differential spikes quickly to 110VDC, these regulators tend to die quick and rather excitingly due to this.
2 -- At startup. There is a momentary delay between Vin going high to 110V and the output coming up. During this period, there is a 110V differential. This doesn't kill the part instantly like a short does but still causes a slow death by a thousand cuts type death. One of the websites (Clay's?) had a photo of a blown regulator with a description that stated something like "Burned regulator due to kid turning the power switch off and on repeatedly".

The TL783 on the positive has a far higher maximum input to output differential (125V) and tends to survive much better than the LM338s that the RD board was originally using.

I thought that with RD exiting the business that we were finally rid of these cheap short cut designs. Apparently not.
I'll just keep up my supply of replacement regulators...I sell lots of these.

That 2nd board appears to use surface mount versions of the same regulators.
You would be better off with the first one which at least used real heat sinks and easier to replace thru-hole components.

I think you would actually be best off with a no frills board like this:
https://ksarcade.net/wms-8345-power-supply-for-williams-and-data-east.html

This third board uses the standard 'series pass transistor' design for the regulator but has components sized for high voltage.
It costs more to make this type of regulator but is worth the extra expense to do it right.
The original Williams boards also used this series pass regulator design which has lasted for decades.
This third board looks best but too bad they followed Williams design too much and didn't add current limiting. Heck, even a pair of solid state fuses on the outputs would do the trick. Just make sure to use proper size fuses (you should always use proper fuses, regardless of board design).
Third board also appears to use the Texas Instruments 'Simple Switcher' for the 5V regulator (right side of board). Excellent regulator - very reliable with very high efficiency (95%+) so it stays quite cool even under heavy load. Usually the heat sink they show on these provides more physical support than heat dissipation.

This kind of stuff is why we need somebody to do *honest* and in-depth "technical" reviews of various boards and then boil it down to results that a non-techie could understand.

Can't answer that one but good catch for barakandl.

I have noticed that there is at least one board manufacturer out there that tends to copy circuitry from other people's designs (even keeping 'easter eggs' that are deliberately put into other designs). This could account for why two of them are both missing the fuse.

You're currently viewing posts by Pinsider G-P-E.
Click here to go back to viewing the entire thread.