Why not a Comedian themed Pin?

For everyone complaining about all the old rock themed machines, here’s one to consider. Why not a comedian themed game? Take Robin Williams for example. He had so many rapid fire quips and jokes they could easily fill a pin. The same with most major comedians, like Rodney Dangerfield, Richard Pryor, etc. And if they can make games from song lists of bands I’m sure they can from comedy routines. And if you think the jokes would get old after hearing them a lot, consider the success of comedy albums that used to be played over and over. Anybody have any thoughts on this?

I can't think of a comedian that translates to long term enjoyment of a pin.
Cheech and Chong are close.
Rodney is for a different Generation.
George Carlin would be a Cult Favorite but fails Mainstream.
Modern Comedians usually are not funny.
There is just not anyone out there Comedian -Wise that could sustain a pinball Theme.
Do like Don Rickles though, how he insulted Famous People and they loved it.

Ouch...can't grasp this one and im trying.

Cheech and Chong "Up in Smoke" would be a good candidate.
Anything else is suspect. 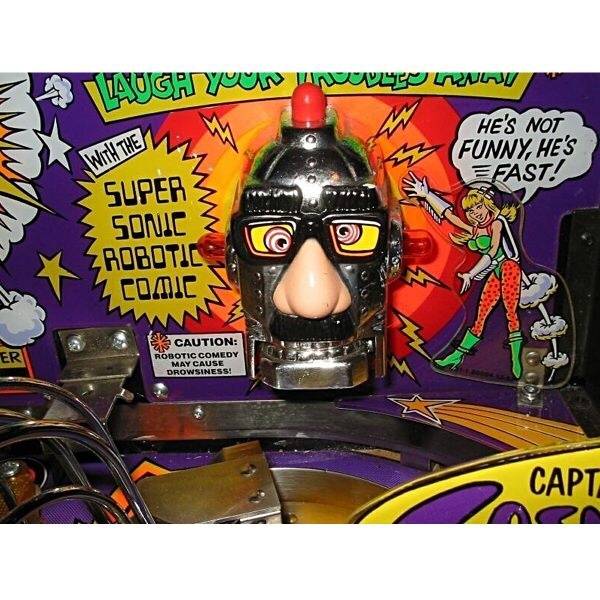 I used to play pinball. I still do, but I used to too.

I think maybe it could work if the theme was "stand-up". You could be an aspiring comedian who has to visit various famous comics to collect jokes and then use them on the stage.

Nothing worse than hearing the same joke, over and over....

I used to play pinball. I still do, but I used to too.

Not unless the comedian has a mass-appeal shtick or library that transcends the comedy and vice versa, like Weird Al and his songs or Mel Brooks and his movies.

Nothing worse than hearing the same joke, over and over....

I agree. I think a stand-up comedy pin would get old pretty quick for that reason alone. I'm not really one to listen to comedy albums frequently, and especially not on repeat.

I think those would be much easier to work into progressive mode-based play.

Maybe more like a comedy show like The Office, Parks and Rec, or 30 Rock. Something with good, funny actors, but a lot of assets to choose from. Could totally see Spooky or AP do this and would absolutely buy one.

I am not sure how you could integrate the theme? What would be the goal? To hear a certain performance or joke? How would you progress through a game? Most games need some sort of tension - you do this so you can get that… or avoid something bad. Not sure how you could do that with a comedian unless it was something like Road Show where your progress across venues. 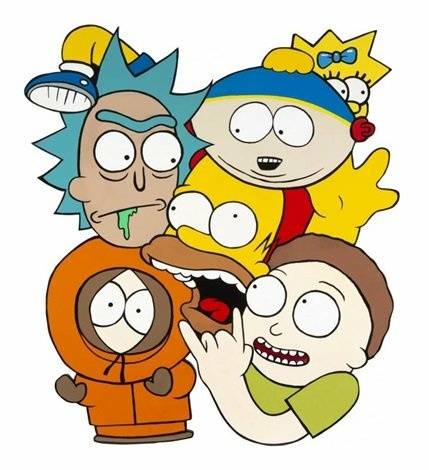 Great out of the box thinking! Stunned at the other comments slating some of the GOATs as “cult favorites”.

There was a Monty Python computer video game I played back in the 90s. Really strange, but strangely addictive. I could see how it could work for a pin.

Still as weird and strange as I remember

A stand up pin would get no respect.

No respect at all.

Hey, I just noticed my initials are the same as Rodney Dangerfield. Who knew!

Ben Heck and I both had Monty Python on our radars, but Ben called dibs first.

Ben Heck and I both had Monty Python on our radars, but Ben called dibs first.

Yeah I think everyone agrees that Monty Python translates very well to pinball. That's why it's been #1 on the top100 since its inception 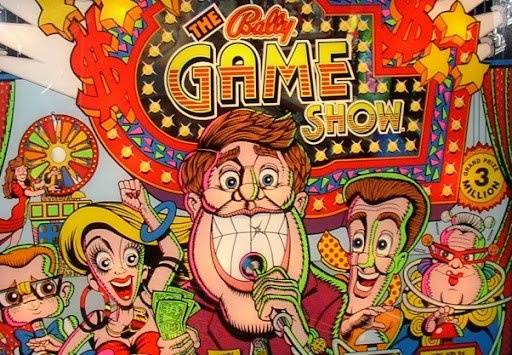 I'm a fan of comedy and stand up but for a pinball machine it stinks. Jokes get old fast. Have u ever played SS, torture after a while.

How about basing it on a generic standup comedian. Game has everything from an old old 1001 one-liners book loaded in the memory. The guy feeds you a setup from the top of the stack and you have to accomplish something really difficult to hear the setup again and the punchline. If you can't do it the joke gets stored back in the joke stack maybe 20 or 30 jokes from the top so you have to wait for it to come around again. That would drive anybody nuts. Rest of the time he just makes smartass remarks like he would say to a heckler or like Family Guy type stuff. Every joke 'solved' is tossed from the stack so you don't have to hear it again. Just pray the NVRAM chip the memory is on never gives out and you have to start over! Eh who am I kidding, non-licensed games are DOA. 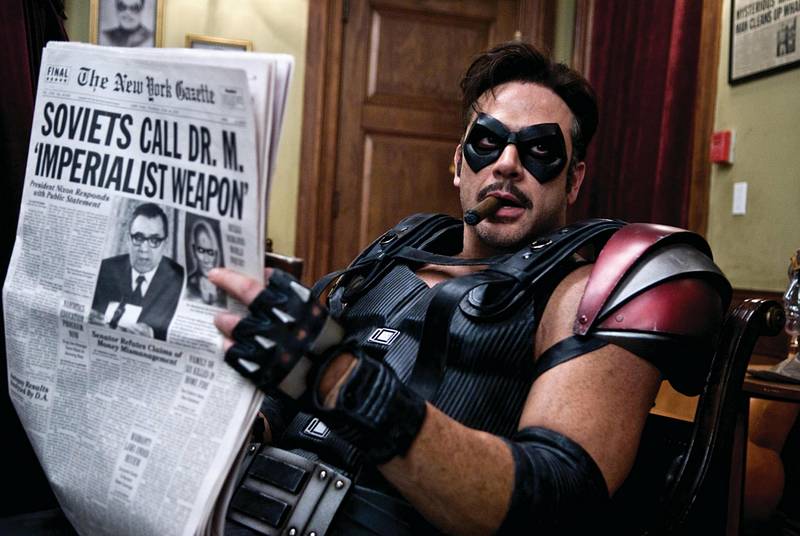 Er, no. Bad idea. Maybe a Bill Cosby pin, with his head as a bash toy?

Monty Python would work all day long, in fact....I'm in the middle of writing new code for Medieval Madness, which I now call....Monty Pyhthon's Medieval Madness. I'm converting the game into a Monty Python RPG, and it features content from all the movies and TV shows (well, as much as I can find on YouTube), as well as scenes from Time Bandits and Jabberwockey.

The LE could be personally signed by Mel Brooks. A fitting tribute to an exceptional comedian. Still with us at 95 years old.

Yeah I think everyone agrees that Monty Python translates very well to pinball. That's why it's been #1 on the top100 since its inception

No its not. Probably the lowest in reasons why that pin is rated high.

That would be the only way I might buy a "comedian" pin. Or even a comic book pin in general, well thats not true Spawn, The Punisher. Theres many just not the crap we get.

Just having some fun over here. 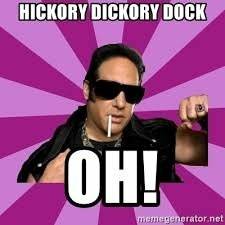 Little Boy blew…he needed the money. I appreciate your sarcasm.

But unlike what some others have said, I don’t think the jokes would get old…certainly not any older than call outs get in any typical game. And some comedians like Robin Williams or Rodney have so much material and so many quick one liners you could put hundreds of them into a machine. I am a little more perplexed over what would be the objective of the game, but like I said, if they can come up with objectives for band pins they certainly could for one based on a comedian’s routine(s).

Why not? Because a comedian can get "cancelled" in a heartbeat these days because of a joke.

No way that risk is being taken.

I don't want to pick "Stupid" in the poll, because that's a bit strong.
It's not a great idea.
Humor is too dependent on timing, setting, and atmosphere.
Also, as someone else mentioned, even good jokes would get tiresome over and over.
There is no way to load enough comedy to stay fresh.
I don't think it will work in a pin.

Maybe a factory setting with a bunch of jokes. Like a joke factory. Or a pun factory. I know.... a Punny Factory!

Maybe a factory setting with a bunch of jokes. Like a joke factory. Or a pun factory. I know.... a Punny Factory!

Yeah, I thought of that too. A Laugh Factory (yes, I know that’s a famous comedy club) would be a good objective

Maybe your a club promotor and trying to book comedians for a show. You could have random jokes from various comedians.

Still dont think it would work and I imagine licensing would be a nightmare.

Why limit it to one? Could have a bunch just roasting you for how bad you play.

I've thought a Your Mom's House pin would be hilarious, but it's gonna be X-rated and not have a huge audience.

Why limit it to one? Could have a bunch just roasting you for how bad you play.

I don't think a Nick Mullen pin would go over too well. 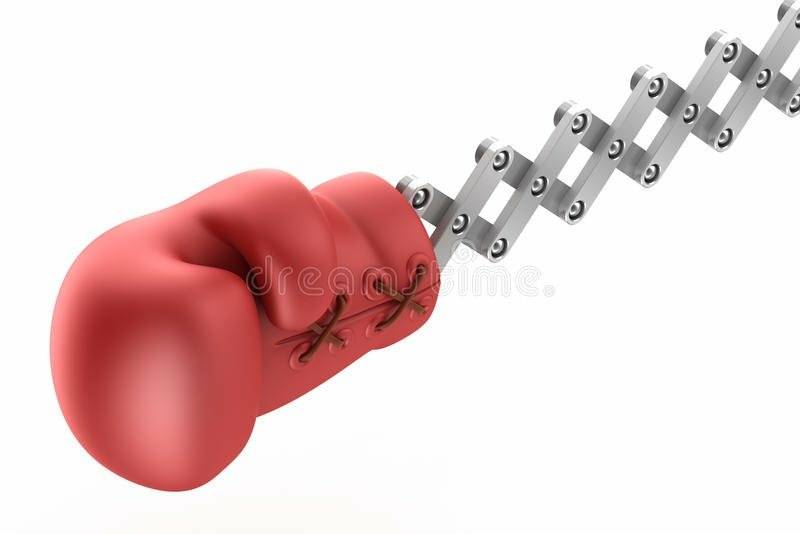 My wife was/is a comedian, who now buys comedy talent for live nation, I can tell you this would not work.
First off yes, I saw my wife perform 100's of times, sometimes had to watch the same set 2 times a night, gets old. Real old (especially if the jokes are about you!)
Secondly after seeing the hassle she has doing contracts with these jokers, I can't even begin to imagine the nightmare trying to get them to agree to anything.
Comedy is great, stand up is great, for a pinball theme...
Not so much.
B

The only one I would buy would be Rudy Ray Moore.

The Elvira pins will probably end up being the closest to comedy pins we will see. Those call outs get old as well.

If only there was a comedian that would be funny enough to put in a pinball machine and ALSO use for an avatar...

I've been pushing this idea for a few years.
Benny Hill pin with full adult humor and TnA would be fun with every plunge. 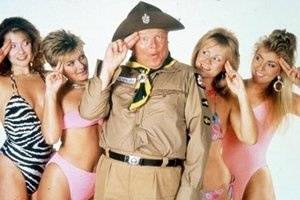 I always thought The Three Stooges would make an interesting/fun theme. 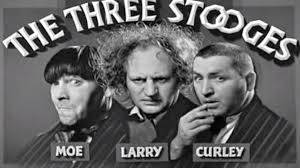