Which new machines have the deepest ruleset?

Hey guys, I'm looking to get a newish machine. I'm looking for one with a deep ruleset, and a nearly impossible to reach wizard mode (think LOTR). Any ideas? A couple I was tossing around was Stern's Teenage Mutant Ninja Turtles (I've heard it's gotta deep ruleset), maybe a JJP like Hobbit?

Simpson's is pretty deep, I feel like I'm a solid player but I don't think I'll ever reach wizard mode.

I've owned TSPP in the past. I guess I should clarify I'm looking for something within the past 6 years

I'm partial to Turtles as its in my basement at the moment, but it is because of having very finished code, deep rules and lots of modes. Not the easiest game though, it can be brutal. Another good option with deep code and one that's less brutal is Deadpool.

Thanks. I have 2 kids, so that's another reason I was leaning towards Turtles.

Was thinking if I had to pick two (yes.. loan here we come) and trying to stay under $10k, maybe a Turtles and a TOMMY.

tommy ? a deep code ? heu no, not really
even more considering that tommy is more than similar to LAH to GNR to TFTC to WWRR...

I just love the theme of TOMMY.

Hobbit is indeed a good candidate in your case, in my opinion. It has easily accessible fun and action for kids and casuals, but behind that there's lots of depth and score optimization strategies for us geeks.

OP
Quoted from Occelot:I just love the theme of TOMMY.

Tommy is a great theme once you get past the music not done by The Who. But they never said it was. Neither is it very deep.

WOZ has a deep ruleset

They have the pinsound mod, which plays samples by the who instead of the broadway musical.

Houdini is VERY deep! There’s heaps of side missions with jail escape, several multi balls, 8 or so stage modes and 5 or 6 movie modes. All modes are very unique and fun getting you to shoot all over the playfield! I miss mine and only got frustrated because I couldn’t dial in the catapult so it left the house because I was super frustrated. A couple of the shots are tight but can be opened up to make them more shootable. And it’s very in tune with the theme.

Tmnt is a fantastic game too. I love mine it’s not too hard a shooter BUT it’s FAST! Very fast and I think that’s why people aren’t fans of it. The ball is back to a flipper in the blink of an eye! Modes are fun and team up multiball a great thing to aim for that’s in the “middle” of the game. Dwight has done a fantastic job on it and it’s another Borg cracker! I must admit I do love Borg games they’re just super satisfying to me!

Star Wars is fun especially in a prem/Le it’s another super fast game but when you’ve got balls whizzing around on the super charger 2.0 it’s super satisfying! The modes feel VERY sameish on Star Wars and that’s really my gripe with the game. Would probably have one back but not at these prices.

Hobbit is DEEEEEEEEP but zzzzzzzz. The playfield is wide open and the pop up beasts whilst cool for the first 20 plays get frustrating and in the way. Games feel like a marathon. The theme is integrated amazingly though and the call outs are fantastic. Into the fire mini wizard is AWESOME! Barrel chase and 5 army battle? are a bit of a let down after how good into the fire is! Into the fire gets your blood pumping, barrel chase is a bit meh and I think I just got a bit disinterested in getting to 5 army battle because it’s such a journey to get there! I think the kids might like it with the pop up beasts but the long games got old for me quick.

Thanks for the input guys. I'm looking for a couple pins that are difficult to beat. The reason being, I now have to have pins in my basement, so moving them is a pain in the butt. So I'm trying to prevent pin A.D.D when you get a pin, and then trade it 2 months later

I know "BEATING" a pin isn't necessarily a thing, but for pins you own, you do'nt necessarily get the satisfaction of simply beating the high score

Does that make sense?

Sounds like Hobbit and turtles may be a good fit.

Does that make sense?

It doesn’t make any sense to me but good luck finding what you want. The shorter the ball times the better for me. My goal is typically to be a good player, and feel ok with the game I put up... not to “beat the game”. You could just keep setting the game up easier and easier and likely just beat it... so no way I would want beating the game to be my goal.

It seems the dividing line for the best selling and most desirable machine is: buy a game you can never beat or, buy a game that is designed so well that you can’t stop playing it. It’s hard to come up with a game design that is both approachable and intimidating at the same time.

Jurassic park has a deep ruleset, 3+ wizard modes (does invalid frenzy count?), unique map progression feature, 3+ main mutiballs, several t-rex modes, and awesome flow. Getting to escape nublar is definitely hard. And! if you complete everything there is...When dinosaurs ruled the earth! JP will definitely keep you occupied.

WOZ definitely falls in that category, on top of being beautiful, and packed, and superbly executed. The only downside is unlike TSPP that I owned for a while, WOZ is a hard game with a lot of multiballs mode that requires precise shots, something I'm definitely not good at and some unforgiving outlanes.

But I sure have plenty of fun trying to reach the whole depth of the game !

In regard to WOZ, hobbit and others... just gotta find one for sale

I think Wonka is incredible and deep, and although the rules are a bit perplexing at first, it starts to make sense when you play a few times. (Or you watch a really good gameplay video) And getting all five tickets is super hard. The modes are fun. Wonka Tania mania is a favorite as is Oompah Loompah Oddyssey. And the First time I got to Wonka’s office felt awesome as I had to earn it. The best part of the game is my nine year old, who barely played our Addams Family machine fell in love with it. She is Grand Champion of our house and she plays more than me. Have gotten a Stranger Things since but she sticks with Wonka. Super fun for her. And I love when we get to play together and she crushes the old man.

Jurassic park has a deep ruleset, 3+ wizard modes (does invalid frenzy count?), unique map progression feature, 3+ main mutiballs, several t-rex modes, and awesome flow. Getting to escape nublar is definitely hard. And! if you complete everything there is...When dinosaurs ruled the earth! JP will definitely keep you occupied.

Its deep but its also pretty woodchoppy so make sure you like that style of game.

I found it fun to shoot but a chore to play.

Thanks for the input guys. I'm looking for a couple pins that are difficult to beat. The reason being, I now have to have pins in my basement, so moving them is a pain in the butt. So I'm trying to prevent pin A.D.D when you get a pin, and then trade it 2 months later I know "BEATING" a pin isn't necessarily a thing, but for pins you own, you do'nt necessarily get the satisfaction of simply beating the high score Does that make sense?
Sounds like Hobbit and turtles may be a good fit.

For replay Id say Wonka again... one of the few pins you can play a bunch of different ways.

Too many other pins are linear and to me that gets old fast having to play the same way over and over.

I love the depth of Batman 66. There’s a ton of stuff to see and do. It does a good job of being relatively accessible but it can be as complex as you want to make it.

Its deep but its also pretty woodchoppy so make sure you like that style of game.
I found it fun to shoot but a chore to play.

I think you called it a "unique map progression feature"..

Its one of those games you play one way if you want to advance far.. I guess linear is the better way of putting that.

Nothing wrong with that if you like it, just a style of game I dont care for usually.... 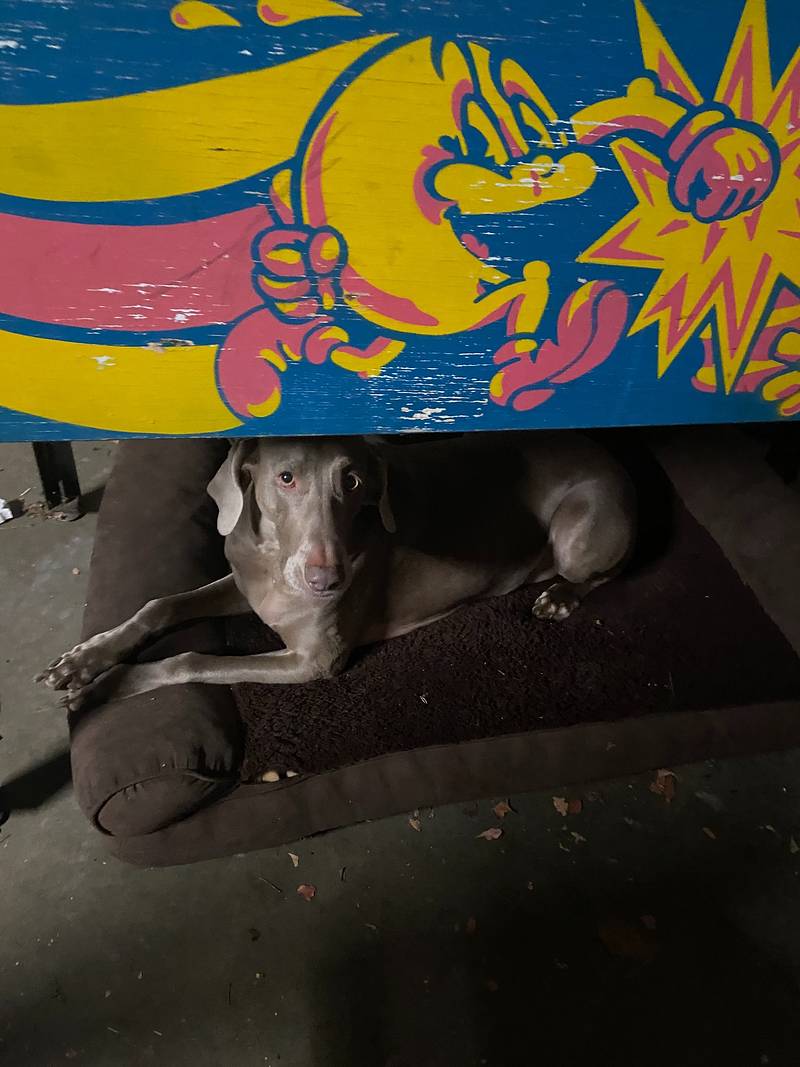 I’ve had a turtles for a couple of weeks. The game is very fast and challenging. I consider myself a decent player and even getting to the final battle, let alone cowabunga multiball is going to take awhile. If you like fast flowing gameplay, tight shot angles and catch and shoot gameplay it’s your kind of game.

K guys I added a poll! If you'd be so kind as to cast your votes

Saw it mentioned earlier, but I'll put another vote in for Deadpool

How does ACNC rate for deep code?

How does ACNC rate for deep code?

I’d say it is somewhere in the middle not too deep an not too shallow. Great rules with nice objectives, and a final mode that is achievable by someone with my skill set. It is the type of code the I enjoy the most in pinball. I usually can’t get into games that are too deep.

Went with Turtles LE and The Hobbit Black Arrow. So good, thanks guys!

turtles or avengers are deep. GNR is too

Went with Turtles LE and The Hobbit Black Arrow. So good, thanks guys!

If you're looking for a deep ruleset, take a look at Oktoberfest. 14 modes, 2 primary multiballs, 4 mini-wiz modes, and other features give the game lots of breadth. Then there are 14 steins, each of which give two unique power-ups, and you can mix-and-match them in almost unrestricted combinations, giving the game unprecedented depth. Most importantly, the game is just a lot of fun!

The Hobbit Black Arrow. So good, thanks guys!

Awesome choices! Where did you find Hobbit!? I want one of those myself!

Awesome choices! Where did you find Hobbit!? I want one of those myself!

Jjp potc or any Elwin game.