What theme is left that you would buy an LE sight unseen?

I got to thinking the other day that there are not many themes left that would entice me to pull the trigger on an LE sight unseen. I have been guilty of getting caught up in the hype and jumping on the LE bandwagon. I have purchased X-MEN LE, Star Trek LE, and Ghostbusters LE sight unseen. I did not care what the game was going to play like because of the theme, I had to have them and was willing to go in blind.

What other themes would you consider going in blind on an LE for now? Star Wars has been a dream theme of mine for some time now, and I finally have the discipline to practice patience and wait for the game to be released first. If I am willing to wait for the number one theme of all time, what other themes would I not be able to exercise patience for? Are the days of LE's selling out over? Is there a need to go in blind anymore if they don't sell out? The business model for the LE has changed and I am curious what the future will bring. Is it a limited edition if they make 800 of them or is it limited at 400-500?

I was only able to think of one theme I would possibly pull the trigger sight unseen and that is Back To The Future.

What theme would interest you enough to go in blind and purchase an LE sight unseen?

I would never buy a game sight unseen.

Beatles or Pink Floyd for me.

Who the hell would buy anything like that unless you have money to burn?

Guess I will never buy anything unseen, but what I would buy LE if I had the money would be Mass Effect Trilogy or/and Iron Maiden, but depending on the programmer.

I would NEVER buy a game sight unseen regardless of theme. That's just crazy!

Harry Potter would be closest for me, though I wouldn't buy it sight unseen.

I'm not an LE buyer but for G1 Transformers the Movie I would be.

With the current model stern is using I am probably done with le's. Between price and the fact that premiums will be available with the same gameplay I will probably go that route.

For me it was Game of Thrones and Star Wars. All that's left is Beatles.

Who the hell would buy anything like that unless you have money to burn?

Because I never met a pinball game that didn't put a smile on my face. And if it's a dream theme, then you're just combining two of your favorite things in the world. What's the worst case scenario? You play it for a while and if you hate it, you sell it quickly for a minor loss.

Sight unseen...? I would never do it but if I take your meaning, you mean a machine that you have never played or seen in person. I have bought 3 LEs from viewing photos, Avatar, Tron and Star Trek and was quite pleased however, I admit, it is a roll of the dice. Be that as it may, I would say that the themes are limitless, people will always take a chance on a Theme they enjoy...for me, I want to see a Montey Python and the Holy Grail machine.

All that's left is Beatles

Beatles may be cool, but at what price? If Stern partners with Kapow again, forget about it. I am not paying 10K plus for any LE period.

Hello Kitty and My Little Pony 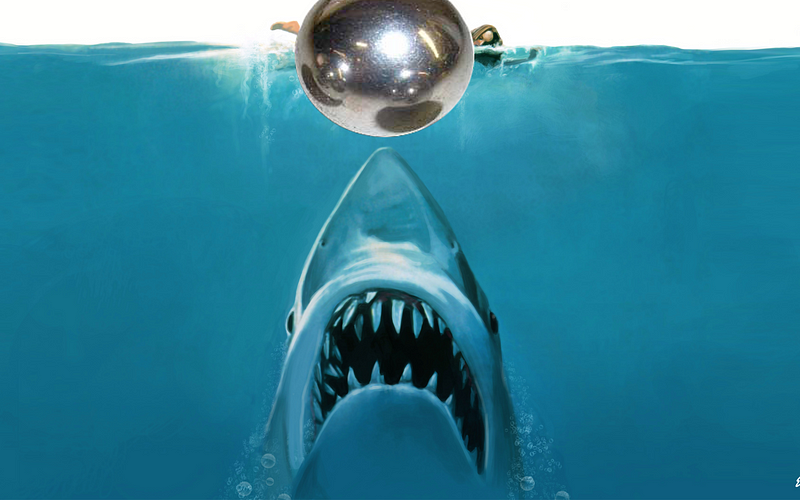 Harry Potter - so much potential for LotR style code!

I would buy a Futurama pin without hesitation.

Bewitched...Brady Bunch...I Dream of Genie..
But no F-Troop. Hogan's Hero's would be fun with a La Bo tree trunk drop hole!

After the B66 debacle, I would never believe anything Stern says and would never take a risk on NiB. There are plenty of people dumb enough to take that chance so that I don't have to. For those wonderful people I say "thank you" for beta testing my games before I buy them.

Possibly Harry Potter if made by JJP.

But, NIB prices have just gone too far for me.

Ditto. However, Beavis and Butthead is close.

I would never buy a game sight unseen.

Ditto. However, Beavis and Butthead is close.

How about a George Takei pin?

Not sight unseen, but Beavis and Butthead would be awesome!

Harry Potter would be closest for me, though I wouldn't buy it sight unseen.

I agree, I was thinking there wasn't one, but damn my daughter would kill me if I didn't buy a Harry Potter and that's one I'd consider an LE.

I agree, I was thinking there wasn't one, but damn my daughter would kill me if I didn't buy a Harry Potter and that's one I'd consider an LE.

Same here - my um...daughter, er...wife, they really want it. Definitely not me

Same here - my um...daughter, er...wife, they really want it. Definitely not me

Oh don't get me wrong I would want it, but if the game sucked I'm pretty sure I'll still have to buy it.

Beavis and butthead for a cartoon theme,Slayer for a music theme,Cyclone remake/update for a classic all would have me writing a check!

Definitely a Catsup themed pin ....but I don't think I would do it if it was just ketchup...you know, too common. 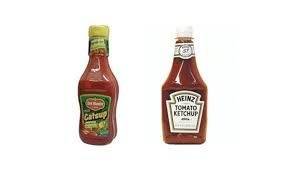 I would buy a Big Trouble In little China unseen 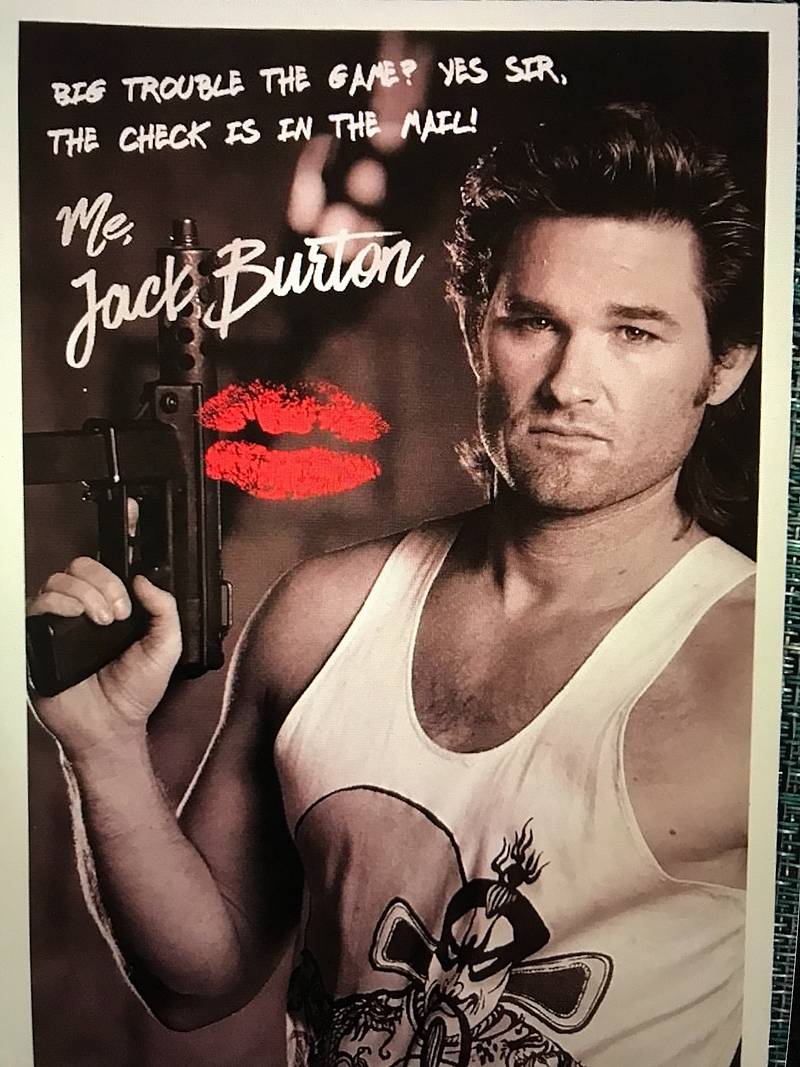 For non-Stern manufacturers, the only one that comes to mind is Friday the 13th.

While there are a lot of other themes I would jump at an LE for (Fifth Elements, Mass Effect, Final Fantasy, for example), the rest have virtually no likelihood of ever being made so I'm not counting those. Still holding out hope for a F13 game though (are you listening Charlie...?)

For Stern: No.
Not Stern-bashing, its just that:

1. I generally think their Premiums look the best.

2. They've shown they can take a dream-theme of mine (GoT) and make it so I don't really care to own one. Sure, GoT plays well and a lot of other people like it, but with limited space and being a huge fan of the source material, it just doesn't get there for me, especially at today's prices.

3. I don't feel the need to jump in early because most of their LE's seem fairly available on the secondary market.

I'd be in a serious crisis if they announced Jaws, Adventure Time, or Gold Rush.

ooooh, or Death Note. Or Castlevania. Or Iron Chef! Not to mention Bethesda...

I'm a sucker for theme.

After one of the best themes ever becoming the worst game ever (GB) and my favorite movie ever becoming a huge scandal & debacle (Lebowski) - I'm completely cleansed of the desire to have my favorite themes as pinball. It's no longer something I crave in my life.

If a game with a theme I liked came out, had finished code, and was actually really really good - I'd consider it then...but never up front, ever.

Guardians of the Galaxy, Matrix, Disney, Lego are all themes I'd seriously consider.

The Warriors.
Star Wars, ordered a Stern LE, but any other ones, I would order
Maybe Michael Jackson - Woo!
Maybe Harry Potter - I watched the movie like hundred times, still dont know what is going on
South Park - a new version
Simpsons - a new version

And as poster up above, 100% for sure Futurama.

Moody Blues
Roadhouse
Mustang II...you know...the car that was mysteriously left off the one from 2014.
Underdog

So, that takes care of band, movie, car and superhero.