Assumption is the mother of all fuckups.

I also heard 'assume: it makes an ASS of U and ME'.

"Is sex dirty? Only when it's being done right" - Woody Allen

I will be as true to you as you are true to me. And not one second longer.

Haha. Kenny knows his shit. I love that series.

He was a fountain of wisdom, he also said

"This is me every night dude, just staring at buttholes and getting a buzz on.”

We never get too old to learn.

I'm selfish, impatient and a little insecure. I make mistakes, I am out of control and at times hard to handle. But if you can't handle me at my worst, then you sure as hell don't deserve me at my best.

Would you say I have a plethora of piñatas?

Seems more than a little borrowed from the famous John Waters quote
" Technique is just failed style"
Pretty sure he's stared at a few buttholes too, I mean that scene from pink flamingos can't be unseen

"The weed of crime bears bitter fruit". Name that pinball....

If you set your goals ridiculously high and it's a failure, you will fail above everyone else's success

Hey Moose! Rocko! Help my buddy here find his wallet! (Turns to crowd) Hey everybody! We're all gonna get laid!

“Some of you laugh to scorn the idea of bloodshed as the result of secession, but let me tell you what is coming… Your fathers and husbands, your sons and brothers, will be herded at the point of the bayonet… You may after the sacrifice of countless millions of treasure and hundreds of thousands of lives, as a bare possibility, win Southern independence… but I doubt it. I tell you that, while I believe with you in the doctrine of state rights, the North is determined to preserve this Union. They are not a fiery, impulsive people as you are, for they live in colder climates. But when they begin to move in a given direction… they move with the steady momentum and perseverance of a mighty avalanche; and what I fear is, they will overwhelm the South.”

- Governor Sam Houston, trying to talk Texas out of secession in 1861

I am sick of following my dreams. I am going to ask them where they are going and hook up with them later.

Fabienne:
Whose motorcycle is this?

Butch:
It's a chopper, baby.

Fabienne:
Whose chopper is this?

This is my favourite 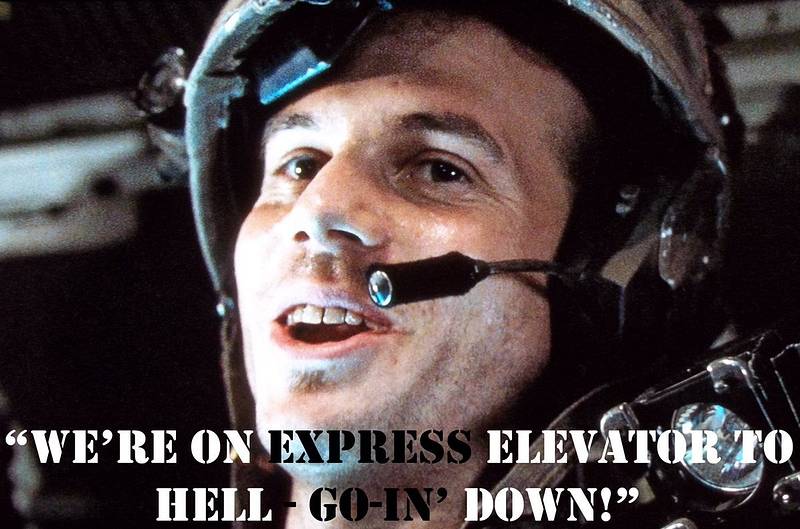