Haha so many times. I'd wait a day or 2 and think; "That game couldn't have sucked that bad could it?"

Sweet jeezus I try it every time in my local arcade. Every time, it's still... 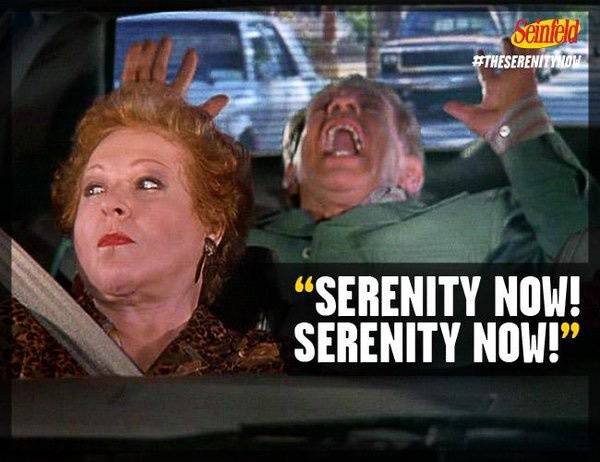 Only once that wasn't related to a mechanical issue - Pabst Can Crusher, but to be fair I couldn't hear the callouts, which might have added some fun.

I have left credits on a machine though - Centaur & X-Files (too easy to win free games).

Yeah, that one was pretty bad. I think I managed to finish the three balls, but no more quarters did it get from me. The only one worse from that era I can think of was totan.

Forgot about this one. Also hate its other skin, Family Guy. This table is a real fall from grace for the great Pat Lawlor. It's a real bad sign when people excitedly tell you to shoot for stewie or donkey pinball. Like, you're playing a real, full-size, commercial grade pinball machine and the BEST part is trying to flip a BB around a plastic mini playfield? Seriously. It feels like the crappy BB games in plastic sheets that you buy at the party store to give out to kids that you don't like at a birthday party. UGH. Forgot how much I hate these "games".

What's with all the Class of 1812 hate? I can understand not liking the theme, sound, or artwork, but the layout is a blast to shoot! The ramps are like butter and it has a juicy spinner. I don't know, I guess I like the ugly ducklings. The only games I ever walked away from were T2 and Comet. T2 because I hate cannons and that stupid game and Comet because a flipper didn't work.

Houdini and Alien are the only newer pins I've walked away from. Some EMs I do walk away from, some are fun, some are not.

SWE1 for me and I didn't play it until I bought it.
I couldn't get rid of it fast enough.

Stern Playboy - got stuck in some never ending loop of ball saves and it just wouldn't end. Tilted to end ball 1 and then plunged balls 2 & 3 just so I could put my initials in.

As for people walking away mid game, that's why I always have my machines set to 'instant restart' when I take them to shows and they are out for public use. Nothing worse than having to plunge up to a dozen balls just so you can start a game, especially when there's a lengthy ball save set up.

So has this happened to anyone else - At a show walk up to a game that's on ball 3 - and 4 players - so I play the last balls - someone comes up and stands behind me and I start a 1 player new game . I end up looking like an A- hole for hogging the game !

You could have played a multi player game with them , , , ,

Twilight Zone. I got 5 pins on a trade and fully restored TZ was one of them. Haven't finished a game yet

It just sits there unplayed

Do people know that on many of these games you can just hold the start button for a couple of seconds and it starts a new game?

Do people know that on many of these games you can just hold the start button for a couple of seconds and it starts a new game?

I did not know that... I'll have to give that a try when I get home.

I did not know that... I'll have to give that a try when I get home.

It's a setting in the menu so your games may not necessarily be set up for it.

There is usually 3 restart levels. 1 instantly restarts a game, the second you have to hold the start button in and the third is never.

And of course it only works on ball 2 or later.

Usually walk away from any game set to 5 ball.

LOTR
I have never played a game for sooooooo long and it just got boring after 15 min.
Not a fan of the movies or the pin. Feels good to shoot initially but then

Usually walk away from any game set to 5 ball.
Remember, “5 ball is cheating”.
Edit: Maybe except some early 80’s games.

Remember, there are no ball saves on SS games. Five balls kinda makes up for this.

Houdini would be much better if they cut the video mode times down by 75%. There was a ton of thumb twiddling when I played it.

They have, game is pretty fast now

Twilight Zone. I got 5 pins on a trade and fully restored TZ was one of them. Haven't finished a game yet It just sits there unplayed

BBBB, and I love Loony Tunes...

Yep,what a waste! The amount of merchandising around Loony Tunes in the 90's was massive.

The pin should've been a huge hit like Addams at the same time,Lawlor inspired.

It’s always dirty for years at the Sugar Bowl, should have gone down the road for beer at Coachhouse and play a game.

I played a Spiderman there in 2014 as a tourist,it's the same machine??

Did you really walk away from 'most Data East titles'? Did it have anything to do with the game itself, or is it just because of the name?

I myself eventually walked away from Who Dunnit, because of the extremely long ball times and lack of a challenge.

I'm surprised at all the people who are calling out Houdini. It does kind of force you to shoot a very small range of lit shots when the game begins, but it opens up after a while. Seance posts or the scoop for combo mode are good options. The shots are a bit narrow but whatever. It seems to draw more quarters than Monster Bash and AFM right on either side of it at my local.

For Shrek and Family Guy a lot of people are complaining about the mini pinball element. It's not my favorite feature, but more importantly it's actually not a great strategy to be going for it at all unless you light it on accident. Modes are more lucrative as long as the spinner is somewhat well oiled. Crazy Chris is huge points. Still not a terrible game.

Dialed In is legitimately good. Unless you're the type of person who buys games on theme alone and doesn't actually play them I can't see why you'd dislike it.

My vote would go to Aquarius. Mini flippers games aren't my favorite, but having the skill shot account for 80% of your score really sucks. It's incredibly difficult to get the ball up past the pop bumpers to the actual part of the game that scores points after the initial plunge. I would have said impossible before Pinburgh this year, but then I saw Trent Augustine do it a few times, so now I just think it's impossible for 99.7% of players. Still, it's the definition of a luck box and I hate it. WrestleMania is also pretty terrible.

1. Dominos pizza adventure ...what a joke I thought I was playing a bubblegum pinball...

3. Dialed in ..... was really excited to try one but it's just another pat Lawler layout for a second I thought I was playing whirlwind or earthshaker...

by the way I love Americas Most Haunted an awesome spooky game .....

IJ stern could have learned a lot from williams

Just recently, AS for me.

Walked away from Guardians of the Galaxy at Jenkinsons in Point Pleasant. Not because I dislike the game, but because the left flipper was broken. I turn off games that are unplayable like that. It is shameful they even turn them on. I don't think Jenks ever takes the glass off on their pins. I played that Guardians shortly after they got it in, and now it is filthy and unplayable already only a few months later.

I love my CSI, it takes some time to learn objectives. Love my Barbwire, Big Fatso is one of the best skill shots and I love the door opening and closing for hurry ups.

I love The Walking Dead but recently played one that was so dirty the inserts were barely visible. The ball kept getting stuck up by the pops and all the lights were out in the back box. The balls were dull and looked gray. I felt compelled to slide the glass off and start cleaning. But for all that grime the ramps were still buttery smooth and not one piece of broken plastic. I should have snapped a picture but was so disgusted how it looked, I just let the kid next to me finish the game.

SWE1 - turned off mid game in my own house

TSPP - turned off mid game in my own house

Never walked away mid game, but definitely plunged third ball and then walked away.

Never walked away mid game, but definitely plunged third ball and then walked away.

Yeah I do the courtesy of at least plunging balls and ending the game. 99% of the time I have done this has been with one form or another of virtual pinball. Even the ones that are super expensive, no flipper lag, etc, etc. I just can't get into it.

For the most part even a crap game like WWE, ToM or DI, I will play it out if I start a game on it. If a game has tons of mechanical problems, I will switch it off and walk away.

I down voted a couple posts that I strongly disagreed with and then it hit me. The more (misplaced) hate some pins get on Pinside the cheaper I'll be able to buy them for. Keep up the good work, guys!

Sometimes the sun gets in your eyes during a dogfight.

I love my retina damaging #F-14 Tomcat and can’t wait to get it put back together.

Back on topic though, I’ve had to tap out of a few badly conceived games:
#The Simpsons

When I went to the Silver Museum I must have played about a hundred 2nd and 3rd balls on too many EM's. lol

I'm sure there are a few more.

Can't think of too many, to tell you the truth.

Man, you guys have to play mine. I can't keep the ball alive long enough half the time.

Only pin I walked away from that wasn't broken was South Park. Blah is that terrible.

Games I walked away from despite earning credits on... hmmm. .. star wars pro is the only one I can think of.