What pinball machine had the most destroyed

how many where destroyed

If a machine does not make money for an operator, it is trashed for one that will

Spectrum has to be the most destroyed without ever being operated. The E.T. of pinball.

Thousand and thousands of bingos. 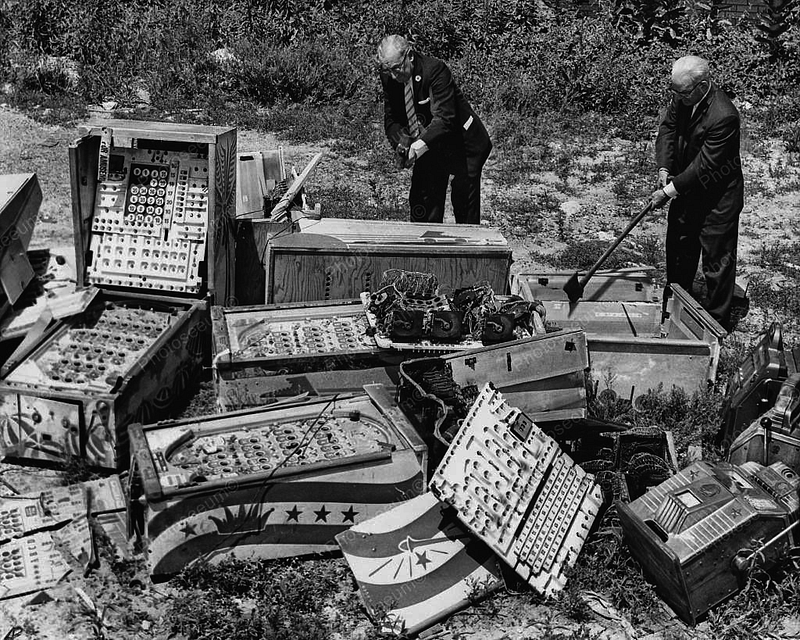 Thousand and thousands of bingos.

I was actually gonna say flash too. I’d bet a lot of these were scrapped out based on the numbers and the fact they weren’t very valuable

It is all relative. More important is what is the percentage of any given game made that were destroyed in my mind. For example only 600 Shrek made of which 300 were meant for the US market and a lot of these went to Chuckie Cheese, and as they do not sell game at the end, they destroyed them. In my mind that is why there are only 61 pinsiders that own Shrek according to pinside.

I was at Texas Pinside Festival a couple of years ago and met the owner of one of the two arcades that I played at in the 80s. I asked him what he did with all the pins and arcades that he had when he closed the arcade in 84. He kept a few pins that he liked but had to toss most in the dumpster due to not a lot of storage room at home.