What is for sale in Michigan now (non-scammer edition)

Would anyone be interested in a CQ Wipeout? 1 small nick at a vertical up kick hole (real small) and that is all. Machine is mint otherwise. Price would be around $2,400. Confirmed HUO for my 4 years ownership and person before me for 10 years. 99.9% belief is HUO entire time but I never met the owner #1 to confirm direct. If some interest I can post some pics. Machine is near Clinton Township, MI
Out of work since last Sept without unemployment or any other income forces sale of at least one pin

I could be persuaded to sell my beautiful condition Pinbot if anyone was interested in that title.

I could be persuaded to sell my beautiful condition Pinbot if anyone was interested in that title.

I hate being the only post on a new page,figure I give you some company

Good luck with your sale !

WWFRR for sale or trade for similar value dmd pin. $2500 or best reasonable offer, very good condition all around and everything works. 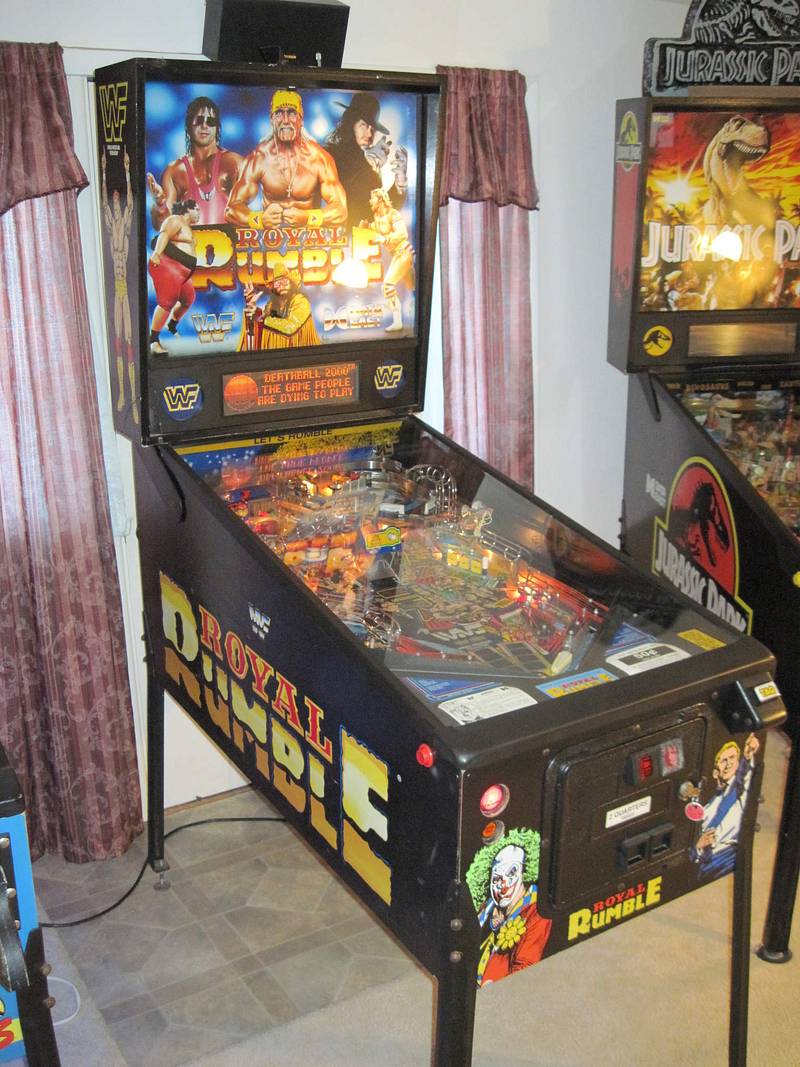 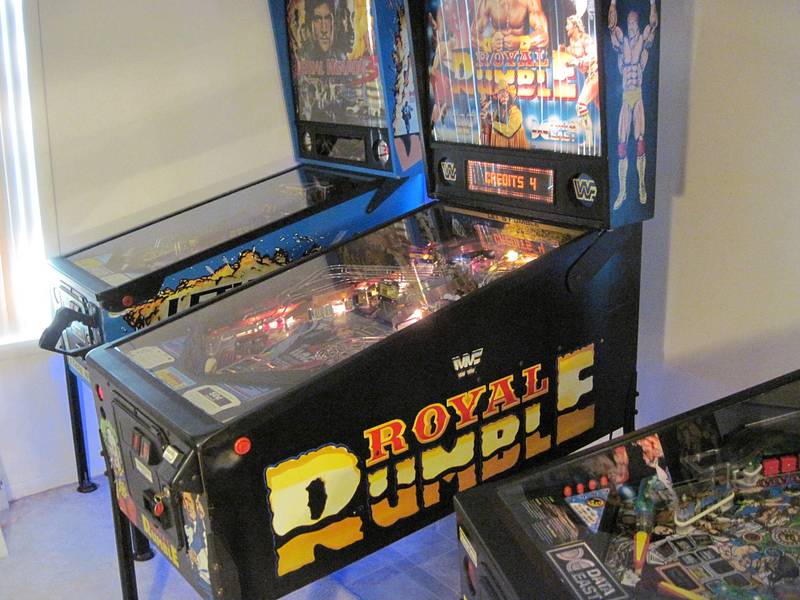 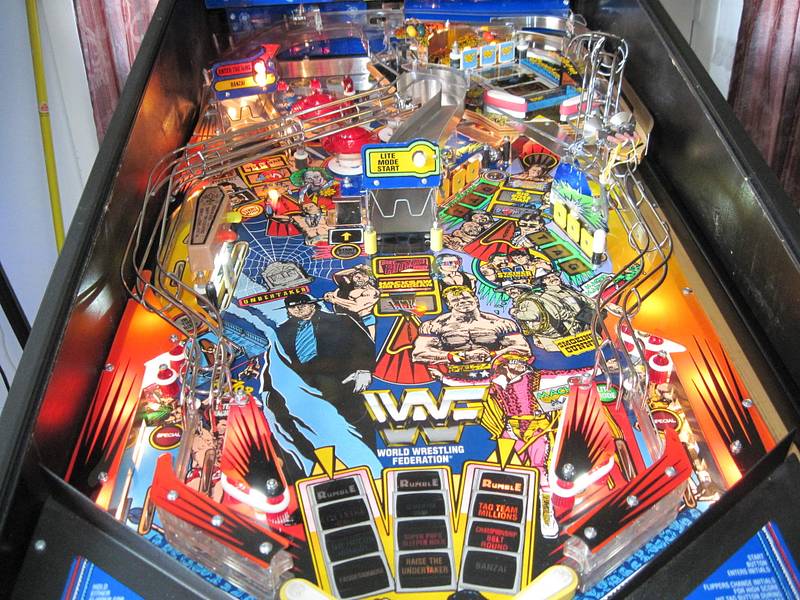 I heard about this and it looks pretty cool. I want to play some of the older games. I think they might have a "Space War." If they do, count me in! Know your roots!

I'm not speaking about the display of games at the Sloan museum going till may. I'm talking about a new location opened year round that will be bigger than any location in the state by far.

Putting my no fear up for trade

Any links for this new place in flint?

My Funhouse and Diner are up for sale. Looking to change things up a bit...
" target="_blank">saginaw.craigslist.org link
Note: Currently located in Essexville (Bay City). Can be transported to Battle Creek / Kzoo area for pick up during the week.

BoP and Funhouse have been sold.

Thanks for the FunHouse IceCreamMan! She's a real looker and plays great. I also saw the Diner and the playfield is really nice. If you are interested in it don't hesitate, Good Seller and Good Price!

It will be announced soon...the museum i was speaking of.

Have my WPT up for sale/trade
https://pinside.com/pinball/forum/topic/fst-wpt-located-in-se-michigan

There are 2 fb groups already. One is michigan arcade collectors the other is michigan pinball players

That's potentially very exciting. Is it too much to hope that it is on par with the quality of stuff that's offered at The Arcade or Clay's place?

You can't compare quality from Clays to the Arcade. That's like comparing apples to oranges.

The Arcade has a pretty sweet collection of video games though.

i don't know yet guys. when i have for sure info ill let everyone know. its in the works.

as far as the vids at the arcade (in BRIGHTON), its incredible..and amazing. you dont see that type of lineup anywhere on the planet too often. exidy death race, wacko, all the cinematronics vector games, cliff hanger, d lair, space ace....wow...Michigan surely on the vid and pin map big time!

I will drive up to the arcade museum when you open it just to play the Vector platform games. hard to find these days in working order.
Brian

i was speaking on "the arcade" in brighton with the great selection of classic vids there.

Sliver spinner if you pull this off it will be awesome.

Looking to buy an A-List game. Let me know what you got.

I have a decent and fully working Funhouse for sale in the brighton area $3200.

Looking to buy an A-List game. Let me know what you got.

Yes it is, but not what I'm looking for. I guess I should've said top 25 game instead of A-list.

That funhouse is tempting but I kind of feel FH is a bit over priced for what it offers (not saying Clay's is overpriced, just the title in general).

on the funhouse thing, this particular game was a sorry story case. A boys/girls' club in royal oak had the game, and they were short on money. they have a nice facility but the city owns it, they just rent half the facility. they saw the funhouse on ebay for $5k and they wanted $4k. i told them it was just too much. but i ended up giving them near what they were asking because i looked at it as a sort of donation to their cause. So i'm just trying to not loose my butt too badly on this. Hence the pricing is, where it is.

They bought the game in 2000 from Big Toys. A wire came off the side scoop kickout coil, so basically the game was dead in the water from shortly after being purchased to now. So with some minor repairs and clean up the game was up and working. There was a second game too but it's an "off" title and really not worth much. i haven't even looked at that one yet.

CFH. How is the PF on the Funhouse? Any wear through to wood?

It looks really nice, Clay. Is that just a tiny bit of wear where the ball drops in the left inlane?

Anybody have a Jungle lord they would like to sell ?

Ngg Is sold but would still like to buy the fowling games.
Interested in:
Twilight zone
Batman Dark knight
Stern Indiana Jones
Family guy
Wizard of Oz
Star Wars trilogy ...would do an even trade (maybe)
Sopranos 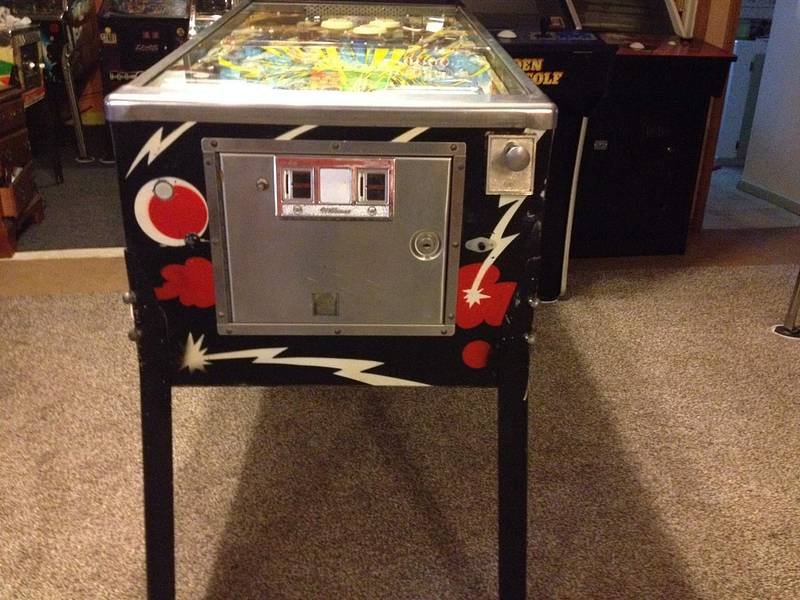 Looking for a cheap Space Shuttle project. Prefer complete but condition is not a major concern. (Hence Cheap!)

Looking for another winter project to go in front of the other 3 I have.... PM me with what you got.

WPT sold so my Apollo 13 is off the market.

pickup in michigan or i can ship. i get a super shipping rate discount that will be passed onto you.
PM for for EXACT pickup location if you want go that route. also pm me if you want a shipping quote. i pack my games very very well for shipping. takes me about 4 hours to pack and pallet so they are bullet proofed. i also use almost an entire roll of shrink wrap and heavy duty re usable ratchet straps. im very very thorough.

im the original owner and its been at my house and one location. never been in a smokey atmosphere.. always kept shopped and will be sold the same. has the normal wrinkling around legs but has had oversize felt cabinet protectors on it.

pix are up on my post for sale on pinside.

Game Plan old coney island
game plan old coney island made in 1979. hard to find machine. backglass is in super condition. this machine is rock solid and has been . perfect boards and clean connectors, displays. all drop targets work fine, no game resets . perfect starter game and great for the kids.
operate on quarters or just flick the coin switch with your finger.
normal ware for a 36 year old game but nice overall. well kept. strong flippers. ready to go.
$650

Would love a Slugfest !
Let me know price or trade towards NGG

Game Plan old coney island
game plan old coney island made in 1979. hard to find machine. backglass is in super condition. this machine is rock solid and has been . perfect boards and clean connectors, displays. all drop targets work fine, no game resets . perfect starter game and great for the kids.
operate on quarters or just flick the coin switch with your finger.
normal ware for a 36 year old game but nice overall. well kept. strong flippers. ready to go.
$650

Coney Island... don't see one of those every day. Tempted to buy but I've got no space. GLWS though!

old Coney Island.
fun game me and my son both have one. we are losing space. one has to go (mine) lol.
fun playing game, basic and easy. love lighting the spinner and getting the crazy points.
the backglasses for them are very very hard to find, esp nice ones. i ended up buying a repro for a different one i had (yes i had a 3rd machine..) and they were plastic repros which arent available anymore and still cost $150.
the glass ones like mine has are nearly impossible to find nice.
another thing i like about game plans is they are rock solid board wise, connector wise and power supply. no resets, no glitches, no issues period.
ive had this on location for 2 years with zero issues..and of course, i keep it shopped clean, but no issues period.

Anyone have a xenon for sale? Looking for un restored.

Looking for an Iron Man.....either version.

Guys I have a hook thats pretty nice for sale. Led's installed and new flipper coils. 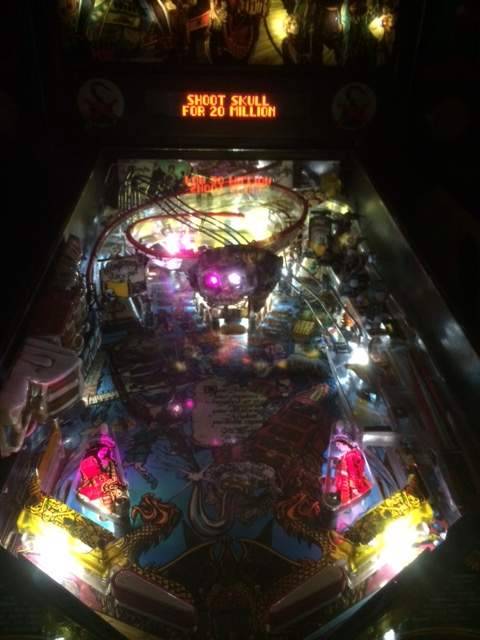 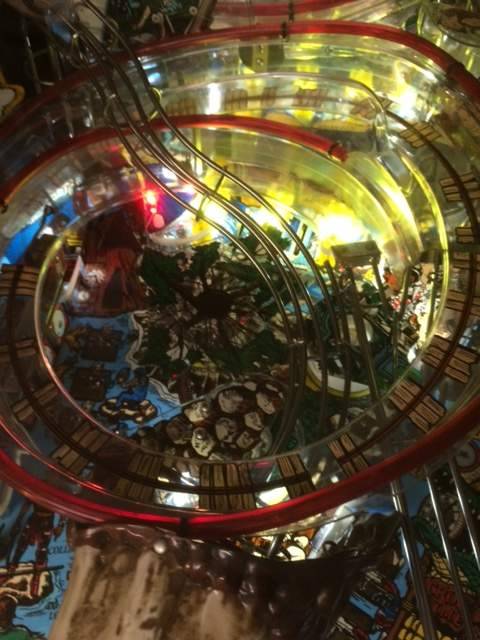 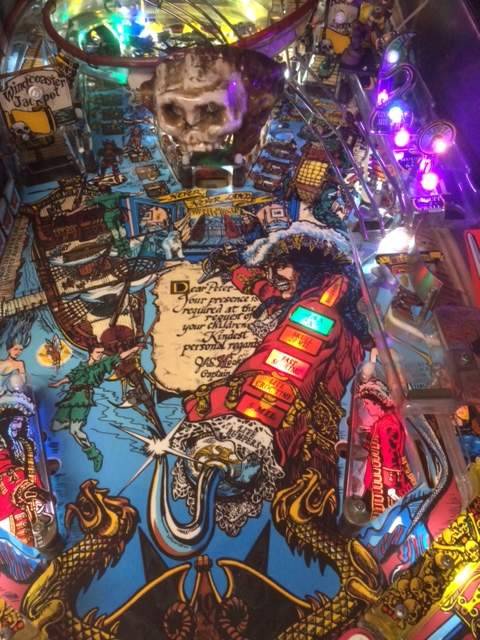 Guys I have a hook thats pretty nice for sale. Led's installed and new flipper coils.

What's the price there cowboy?

That "travel Time " is a great looking machine. I am not a Williams collector so I am not sure of the going rate for a Travel Time. it looks to be in great shape, very good BG, cabinet looks solid and bright. and if it is plug and play I would say he is not to far out of line with his pricing.
IMO any plug and play EM in better than average condition with a 8+ BG is worth a minimum of $500.00.

The seller must have read this thread because he's lowered his price from $900 to $499. I'm still not interested but at least it's priced reasonably. 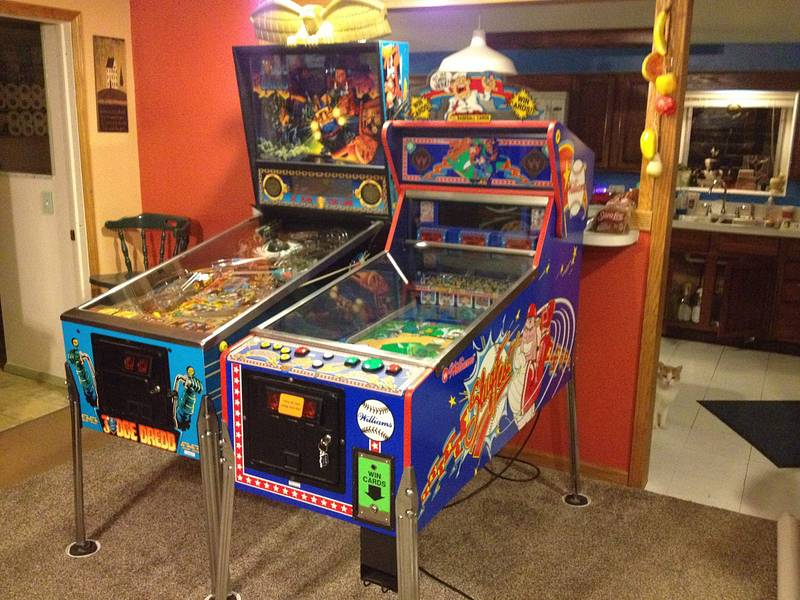 Drool away boys
Thanks you Todd .

Your cat photobombed you.

Congrats! (On the game)