What games do you see TOO often?

In the Project thread, there is currently a discussion about pins that show up all the time on Craigslist / Facebook / eBay. We aren't talking about the machines that are listed for months and never sell, just multiple copies of pins that seem to show up more often than they should. We are also not talking about going to your local operator and seeing a Stern Star Wars.

Big Ben and El Toro were mentioned in that thread. Skylab never seems to go away, either. I would guess someone buys them and then decides to sell them again shortly thereafter.

What's currently blowing up your feed?

Recently, there have been not one, but two Totems in my buying area within the last week. I thought it was rather odd to see.

Dialed In LE recently in my area

Lethal Weapon 3 seems to pop up a lot.

Judge Dredd used to pop up a lot too

Williams Gulfstream and the most Gottlieb EMs.

Strato Flite and Space Mission!! I also see alot of LW3 and T2 in my area.

Williams Gulfstream and most Gottlieb EMs.

Williams “Post Time” seems to pop up a lot!

Williams “Post Time” seems to pop up a lot!

None of the big three are immune, and you can count on almost any Chicago Coin game lingering for quite a while.

This one seems to live and breath on craigslist.

i'm sure there are a few other posts you haven't thumbed down yet WackyBrakke, if you look hard enough.

Played “Odds & Evens” as a kid and it sucked. One of the lonely games at the arcade.

Addams Family...and it's a good thing, at least. (pun intended)

A lot of Hobbit.....also so many versions.

There are a few South Parks within a few miles of me. It's one of the few games I will pass on route.

Played “Odds &amp; Evens” as a kid and it sucked. One of the lonely games at the arcade.

Funny, when I posted that link I thought it belonged to friend, but apparently he sold his a month ago. haha

I played Monte Carlo back in the day and kind of liked it. Of course I was also a big fan of Bally El Toro. What ever other games that were around those at the arcade must have been real crap.

Ding Dong and Mibs. They never seem to go away.

Houdini and Twilight Zone. Seems to be a ton of them for sale around here.

Deadpool seems to be at every location. Before that it was Ghostbusters, now all the Ghostbusters are gone

I too often see games that I want but can't buy due to space, distance, or money.

EM Era: Mata Hari seems to pop up alot. (technically started as an EM, but it's the SS version I see everywhere)
SS Era: Laser Wars and Road King. I've owned both and understand why these are for sale.
DMD Era: TSPP, which is a great game, so my only guess people get frustrated with the difficulty to reach SDMEWM.

I feel like it goes in a bit of a cycle. About a year or so ago I saw a lot of SFII and Lethal Weapons. Now I have been seeing a bunch of demolition man and T2. For a while, I also saw a lot of Hobbits. Now crossing my fingers I see a lot of IJ!

I feel like I've seen the same Captain Fantastic home edition bounce between a half-dozen homes in my area. The price keeps slowly creeping up as it trades hands between people who think they're the chosen one who can fix it.

In the North East

Bally Playboy pops up a lot, usually spanked and wanting too much cash. 2 this morning on CL

Flash. There is always a Flash for sale.

Lucky Ace, 2 or 3 listed this morning

This morning two more Flash pins showed up and another Super Sonic.

These three are always out there somewhere but not sure they constitute real pinball machines: Elvis Alive, Star Explorer and State Fair.

Firepower II has been all the rage in the Illinois area recently. 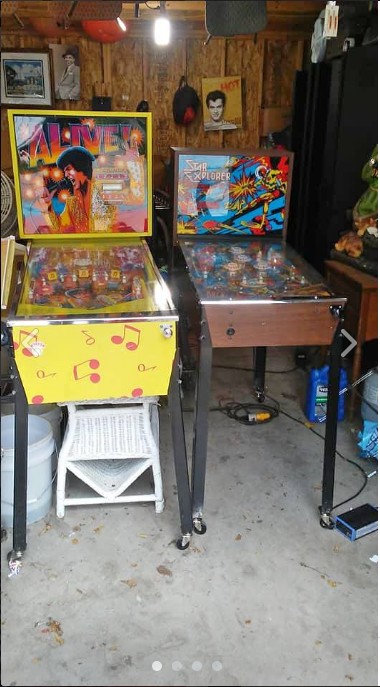 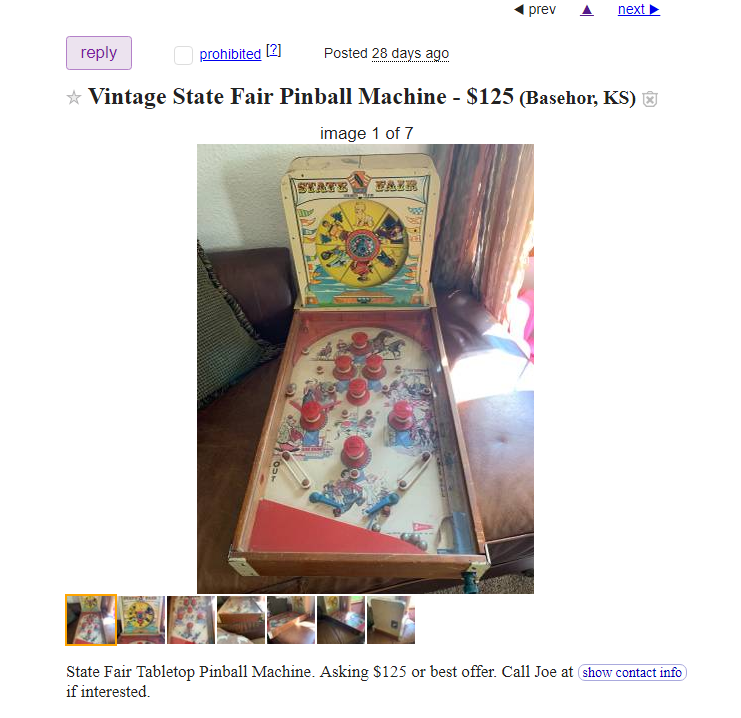 These three are always out there somewhere but not sure they constitute real pinball machines: Elvis Alive, Star Explorer and State Fair.
Firepower II has been all the rage in the Illinois area recently.[quoted image][quoted image]

Those tend to be rare here; I can think of maybe 2x Elvis Alive in the last 3 years, a few Star Explorer and one or two State Fair.

One of the State Fair has been living on CL for several months if not years.

Seems like flash and mata hari are the cheap projects getting juggled around all the time.

Seems like flash and mata hari are the cheap projects getting juggled around all the time.

I have considered a Flash once or twice as a project, can't get past the art though.

Both are fairly rare in the NE region. Considered a Kicker that was local and then vanished, have not seen one since closer than Maryland or Jersey.

Rocket seems to show up semi-regular in either Jersey or Ohio for some reason.

GB.
Even seeing 1 is too many. 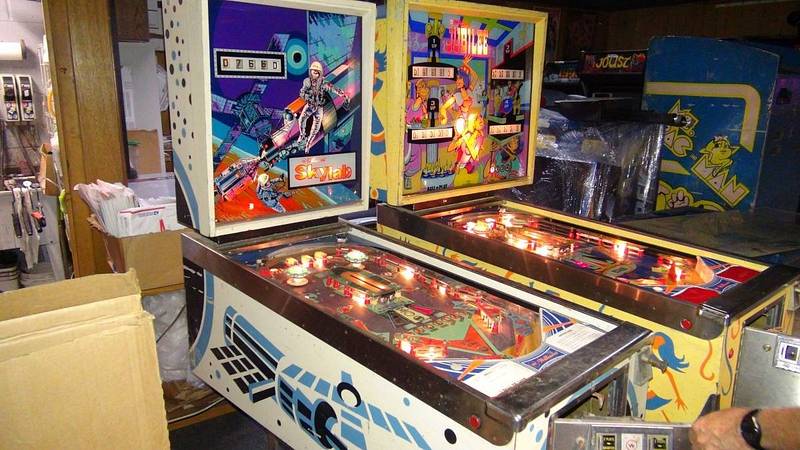 Dead pins. Too many dead pins.