Looking back 2019 was a great year of pinball for me. My collection was at a place where I was pretty maxed out for room and I really enjoyed the games I had, so I wasn't looking to change much up, but I'm sure we all know how that goes. I picked up my second WCS with all intentions of keeping it, but then Maiden popped up out of nowhere, so WCS had to go again. Nascar I picked up because the price was right, but it didn't last long. Got a couple games I wanted, but never expected to pick up. They came with prices I couldn't refuse, so Pirates and Maiden are in and here to stay. Pirates is a dream come true, never thought it would happen. I feel very lucky to have been able to grab one.

OUT:
World Cup Soccer
Nascar
Wrestlemania
Lord of the Rings

It hurt to let Wrestlemania and Lord of the Rings go, but they had to go to make room and $$$ for JJP Pirates...and I don't regret the decision for a second. I can get another Wrestlemania if cash and space allow, but the Lord of the Rings was an original 2003 that was restored from the ground up. I've had that game for years and I only got it because I gave up probably my favorite game of all time in STTNG to get it. At least it went local to a friend and in actuality, I still have it because he hasn't paid me in full for it yet, so maybe I can talk him into letting me keep it.

I've actually been trying to focus on the games I have now and add more to them and make sure they are playing 100% instead of getting new games. I got the trunk opening mod and twinkling starlight field for Pirates and for Iron Maiden I had some money for the Stern store, so I picked up the premium translite and the Eddie shooter rod, also bought the LE art blades and got the translucent orange apron I really like the Egyptian theme motif it gives off this way without having to pay the Premium price tag. 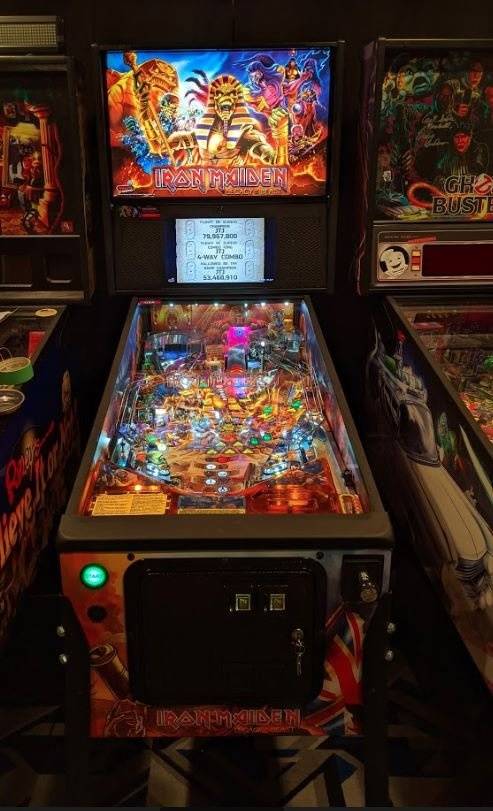 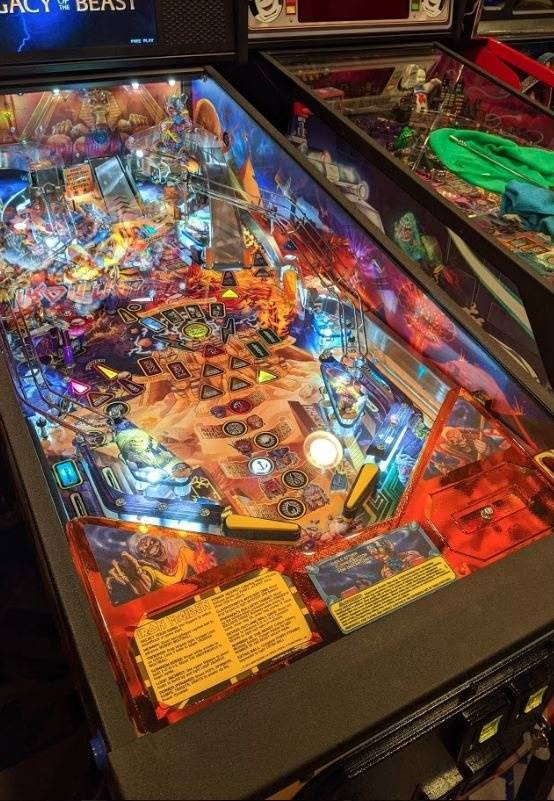 Willy Wonka LE in. Bill Paxton out ( in storage )

IN:
Nothing. I moved this year, so the goal was to thin out the herd to make the move easier.

Out:
Game of Thrones Premium
and the rest mostly arcade games.

Just moved into the new house, so lookin forward to building the collection back up once we're settled in.

Lots of vids in.

Nothing...downsized and bought a condo.

Wow, that's a big net loss. Are you going to have even one or two in the condo at some point?

Nice I was just looking for this yearly thread earlier!

Out in 2019
Whirlwind
Maiden

JP 2 - be gone next week so it was close

Purchased...
Lord of the Rings
Attack From Mars

Lord of the Rings will also be leaving soon to bring in an Indianapolis 500. Deal done in 2019, but not yet compete.

Out
Creature From the black lagoon
F14 Tomcat
Bride of pinbot

Out:
Houdini
MET Prem
SW Prem
WOZ ECLE
GOTG Pro (sold to friend next door so I can still play)

On a side note, the only one I'm really wishing I still had was the SW.

Post last edited 2 years ago: “Forgot that I bought GOTG in Jan” 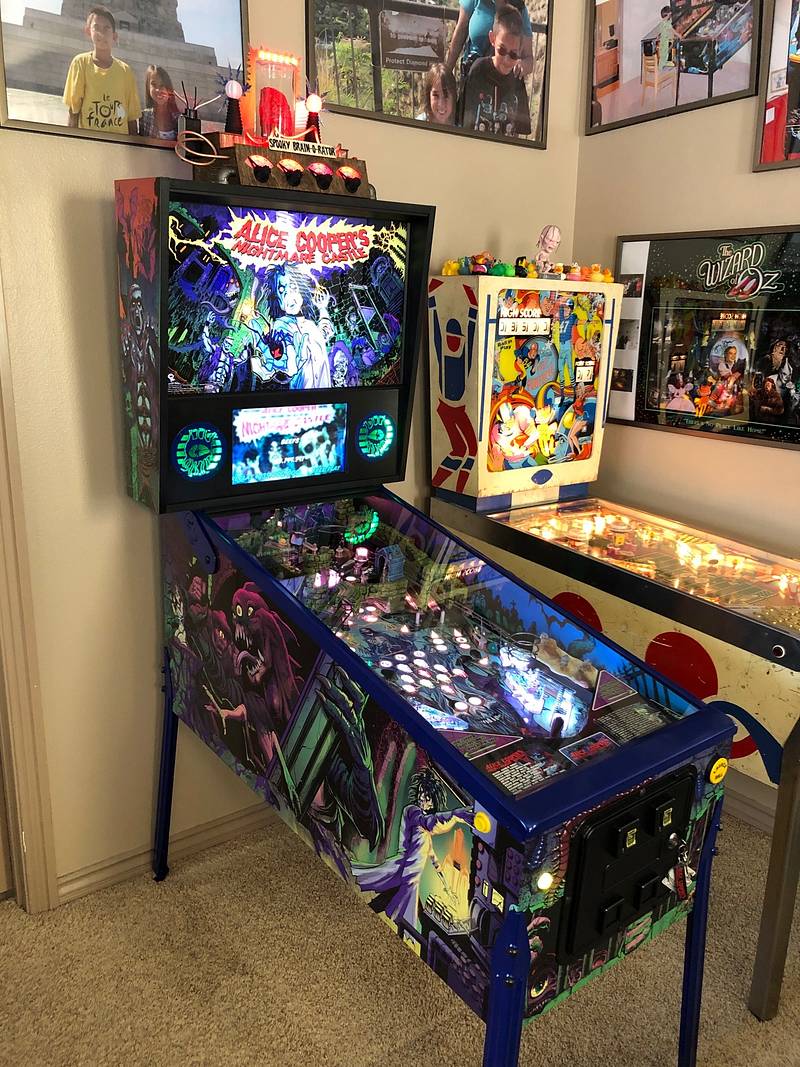 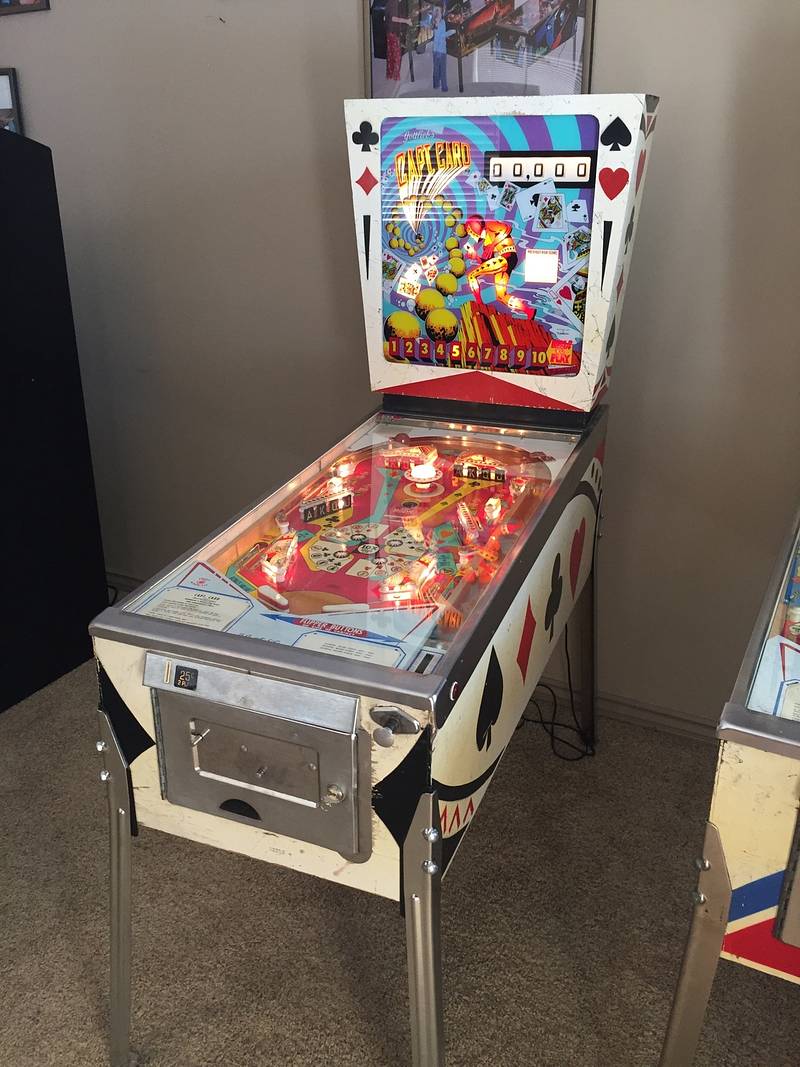 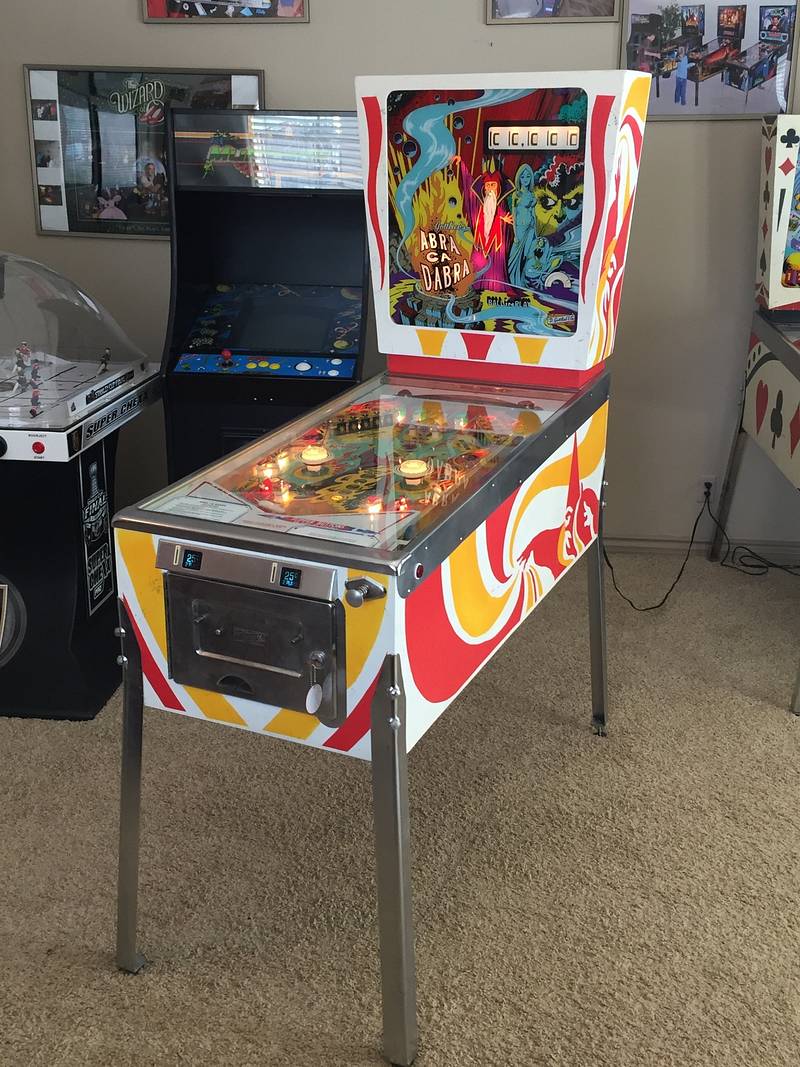 Out:
LAH
JD
HS2
Freedom EM
Wild Fyre
Wold Cup (1978, not WCS) Leaving, but still in the house for now

Lots of new pins coming out and lots of folks putting things up for sale...
It could be an expensive year ahead!

All my games currently came in last year. AFMr is my longest owned game, coming up on a year.

Boy I really changed up my lineup this year. I don’t believe in dropping big cash on the new titles though. I prefer a more well rounded lineup. Coming together nicely with a good variety, still not done...

I was motivated in getting rid of GOT because of the shitty ass ending. Still can’t believe what HBO did to that series.
Out:
GOT pro
Avatar pro
In:
Iron Maiden pro
Johnny Mnemonic
AFMr CE

Well, since I started collecting this year:

This has been the year that I moved the most machines!
Planning to buy/sell/trade more this year to get my perfect collection.

Wow, that's a big net loss. Are you going to have even one or two in the condo at some point?

Yeah...I have room for one. In retrospect, I wish I would have hung onto TSPP or BM66.

I was concerned about the noise factor and am considering buying a loaded virtual pin. (I know...not pinball.

) If it turns out that noise isn't an issue, theme wise I'm pretty excited for Toy Story.

2019 was when I really ramped up my collection. The trend will probably continue this year.

Out: none
In: none

My collection didn't change at all for the first year since I've been collecting.

TWD Pro left. That’s it! Haha. Looking for a replacement the first part of 2020.

This thread and some of the turnover around here makes me want to start a new thread of "the pin you've owned the longest - and how long".

EDIT: Since people are starting to add it in:
Longest: Xenon - 25 years (my how time flies)

Amazing how some of you are buying and selling on a monthly basis. I only sold one game, Congo, and replaced it with Whitewater. Didn't feel like I had much time for pinball in 2019. Hope that's not the trend in 2020.

This thread and some of the turnover around here makes me want to start a new thread of "the pin you've owned the longest - and how long".

Longest game in my collection is RBION. I've had it about 10 years now.

For me, Transformers Pro. Played it on route, thought it would be great for home use. Got it, blew it up in the first few days, even got through the entire game on ball 1. After that the game starts over so it goes back to original scoring so you have 600 million and you are getting 30k points for stuff. It's a really repetitive game so I just said my wood chopping days are over and it was gone within a couple of weeks.

Hmm...way more activity than I thought when you list it all out. The good news is that I'm very happy with my current line up, and have space to add one, so things should be settled unless a killer deal pops up somewhere.

I picked up two this year I only had for a 2-3 weeks with the intention to keep them. Black Knight and Harlem Globetrotters.

Black Knight I got as a cheap project in nice shape and got it working and cleaned up really nice. After the initial fun of getting it going wore off I just got bored of it wayyyyy faster than I ever thought I would. It's such an iconic title and looks so nice in a lineup, but it honestly just bored me to death.

Harlem was the nicest original I'd seen and I got it pretty cheap after a neighbor who is a realtor sold a house for some people and they needed to move the game out. I really enjoyed it but it was sort of the same feeling - after a few weeks I just found myself bored with it and ended up trading it for an F14 (the system 11 era is my favorite). After owning that game and a Frontier, I think I figured out that I enjoy playing classic Ballys and working on them, I just don't need to own one (besides EBD - that's been on the wishlist for a while). I can't really put my finger on it, I like them, they just don't seem to hold my attention for more than a game or two when I own them.

What’s is the fastest someone has picked up a pin and dumped it off because they realized they hated it ?

GB easily. Think it was a couple months which was too long.

We just purchased a new home, and downsizing so I decided to sell off a few. A notable fact: Fan-Tas-Tic set two milestones as being my first free pin and the shortest time I have ever owned a pin, at just about two weeks.

In: Signal and Coed
Out: None.