What game do you never find in good condition?

Sorcerer is onre game that I never see without some wear on the playfield down to bare wood and Dimension cabinets are always beat up. This is easily the nicest of the 3 I've had and I don't know if I've seen nicer. Any thoughts? 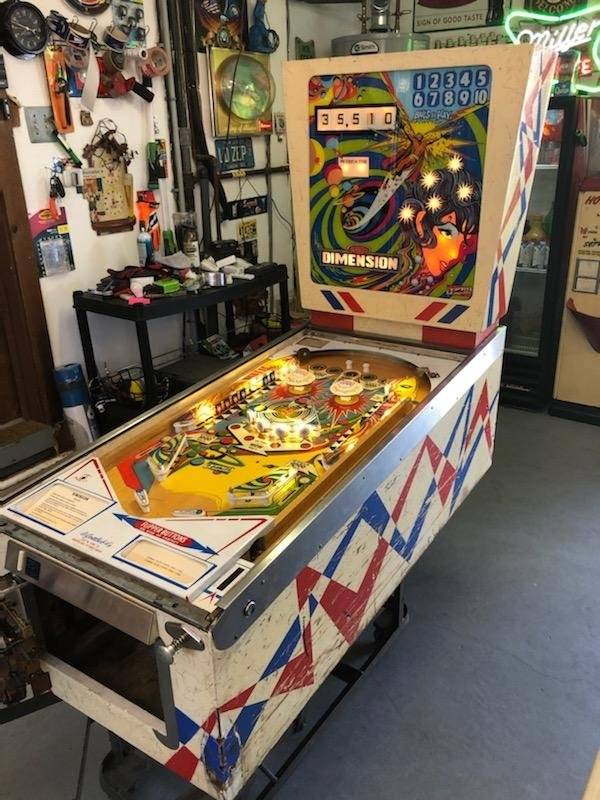 Time Fantasy and Black Knight.
Any GOOD machine from the 80s always got the shit played out of it

Any game on route in the Florida panhandle.

Earth Shaker. Those always seem to be blown out.

Space Shuttle for sure, F14 always has bare inserts, and Flash/Gorgar always seem to be worn to wood in the center.

Party Zones always seemed to be trashed. Game was designed to fall apart.

A lot of System 80’s have playfield wear.

I agree with Taxi and Flash Gordon

Pretty much any system 11 that hasn't been restored.

This has to be the winner.

Kiss (Bally)
Has the Highest price to Playfield wear ratio of any pin...

All of those system 9 games got played to death. It’s hard to find them not blown out.

Phantom of the opera always seems to have pretty rough play fields or burnt inserts.

First thing that popped into my head when I saw the thread title. 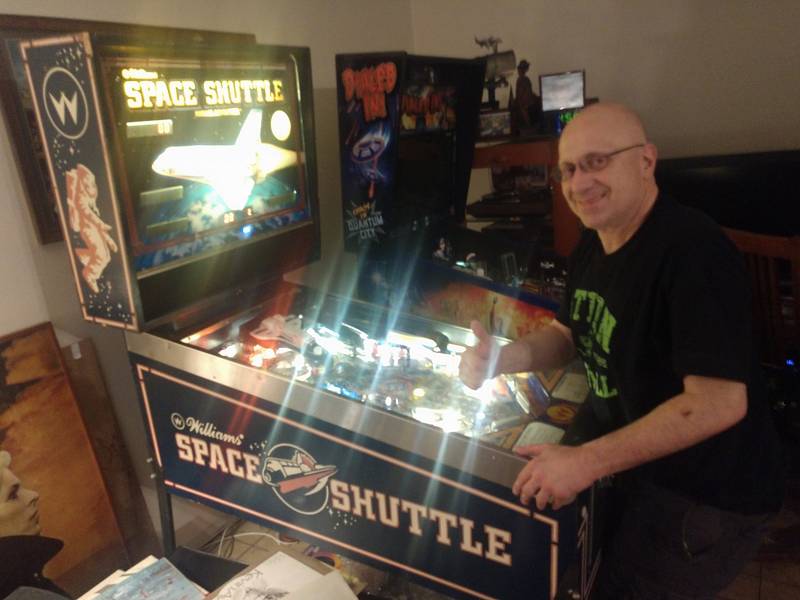 I never saw a TBL in person that wasn't broken down. I went to 3 separate shows and the game was out of service every time.

Sorcerer is onre game that I never see without some wear on the playfield down to bare wood and Dimension cabinets are always beat up. This is easily the nicest of the 3 I've had and I don't know if I've seen nicer. Any thoughts?
[quoted image]

Kind of agree about "Dimension" cabinets, but I've seen quite a few better than that one! "Subway"/"Cross Town" and "Diamond Jack" also always seem to have bad cabinets. "Free Fall" is the toughest EM to find in good overall condition. It's usually the playfield, the backglass or the cabinet. Usually, all three.

I am absolutely baffled by the fact of how hard it is to find an Adams Family in decent shape for a decent price. They made 20,270 of them and 19,980 are all beat? What gives? I am holding onto hope that 10,000 are sitting in basements as pristine HUO's ready for the kids to go to college and yard sales will begin? I also ponder why PPS/CGC have not started churning out Adams Family machines yet? Talk about cash cow-what gives? If I was PPS/CGC I would look into getting Adams Family on the line ASAP.

I'll be a bit more general and say early SS Bally pins. All I've owned have had more than
usual PF wear. Paragon, Evil Knevil, KISS, Lost World as well as others. Was it a quality
issue with the PF's (and faded cabinets) or were they played more than others?
Steve

All I've owned have had more than
usual PF wear. Paragon, Evil Knevil, KISS, Lost World as well as others. Was it a quality
issue with the PF's (and faded cabinets) or were they played more than others?

All the early Bally, Stern and Williams SS games usually have worn PF's. Arcades in 1977-85 were in their heyday and had a lot quarters dropped. A new 1978 Bally Playboy was $1475. 6,000 plays later @ .25 a game it was paid off and the rest was pure profit. Even at 150 plays a day in a busy location (there was one at my college lounge which had lines to play which was easily twice that) game was a real money maker.

Then after Bally made massive money on high volume titles like Eight Ball, Playboy, Paragon, SBM, Xenon and others, in 1980 particle board reared it's ugly head in cabinet construction starting with just the rear cabinet panels. Now in respect, they never realized we'd be anally restoring these games and stuck with swollen crap particle board.

Taxi is usually pretty worn. System 6/7 usually are worn down to wood in spots (Firepower, Gorgar, Jungle Lord). Centaur are usually down to the wood too.

Mine is a 9.9, I even fixed it recently and played it a little.

Anybody have pics of worn down to the wood playfields to share?