What do you think about recessed or sunken playfields

With The Munsters having a recessed or sunken playfield, I'm wondering what the general thoughts are about them. Do you like them? Which ones do you like best? And why?
Black Hole , Haunted House , ACDC , Elektra , Munsters , Big Lebowski
Any others?

I think the idea is cool but the application hasn't progressed much beyond a gimick to date. From what I saw from the intial Munsters stream, the mini playfield seems to be more involved (VUK, ramp, bash toy, and mult-ball) than others have been in the past. I owned an AC/DC Premium for a while and didn't care for that mini playfield but I'm certainly not against them. The one from Congo is cool I guess but doesn't really add much to the experience. Definitely looking forward to flipping a Munsters Premium or LE to see if that mini playfield is fun...first impression is really positive though.

I'm wondering if we'll see a machine with an interactive backbox again this year like Scared Stiff or T3. I know that machines like Circus Voltaire, NBA Fastbreak, and Big Guns also apply but I personally think that Scared Stiff and T3's backboxes are more interesting.

some are better than others. black hole and haunted house are 2 examples of it working out great. i'm all for anything that adds another dimension to the playfield.

I used to love upper/lower/extra playfields but have found most of them typically get a really old over time (ACDC, FG, TF). When there is no risk of losing your ball it's tough to maintain the excitement and adrenaline. A few have been done well though, where they are quick to play, have a real benefit, or are truly integral and important in the game - TSPP comes to mind as one of THE BEST additional mini playfields on a game.

Forgot about Congo (only played it a few times). That's an interesting take on a sunken playfield with the gorilla instead of flippers

Captive ball with a ball kicker, pop bumper, and some stand-up targets.

I really enjoy the mini pinball playfields on FG and Shrek for some reason. I find them to be an interruption to gameplay, and they are most often a distraction.
Like the idea more than the reality.
That said I think Munsters takes them a step further.

I haven't found one I've enjoyed so not a huge fan.

I usually like them. They can be a nice complement to the regular playfield action. I wish more games would utilize both at the same time, like Family Guy does with Stewie Multiball. I love the chaos, but it takes a little extra control to deal with it.

Really like the mini PF on FG. That said Congo, acdc and most others I can think of generally stink. You have very limited real estate and the shots really have to feel good and have a decent balance of difficulty to work well.

There just isn't room for error, miniaturizing everything as in FG worked well because of this.

Small playfield should have small pinballs.

The only one I really like is Black Hole because it's possible to drain in the lower playfield and lose your ball. (granted there are some scoring imbalances and such, but the layout is solid and having to open the gate for reentry is brilliant)

Also some are just objectively boring. ACDC is such a boring lower playfield. I'm sure the Munsters will get old, but it won't get as old as fast as ACDC.

Bally Elektra is one that looks interesting, but the game is so rare, I haven't had an opportunity to actually play that one.

Gottlieb Genesis and CFTBL have a window on the playfield, but the mechanisms below are mainly for show.

I prefer lower pf to a upper mini because you don't lose any "normal" playfield area.
FG is a great mini (still takes space), but it's difficult to play correctly in Multiball, looks like extra buttons are trying to change that in Munsters.

Played many of them.
Just not a fan.
Do not like black hole because you lose the ball .

BH & HH are the gold standard obviously.
Don't care for Elektra but the game is a rare Bally miss.
ACDC was bore city
Congo is too easy
Stevie Pinball was actually kind of fun, but really easy.

But hey, I give them props for trying it and I'd love to give it a wHril.

They can be hit or miss for me. Mini playfields with flippers feel like a kids TOMY toy to me. There are one's I do like for lower/upper: WH20, Elvis, Flash Gordon, Big Labowski,TSPP and I really like Shadow(even though most people hate it).

Never heard them referred to as Sunken or Recessed playfields before. I’ve only ever heard “lower playfield” so I wasn’t sure what this thread was referring to. However, I still find them fun and my only complaint is that they’re difficult to make them engaging as well as still fun

I probably like Haunted House the best. I like that it uses the actual game ball. The tiny ball on others does feel like a Tomy toy game. Munsters looks like it uses a tiny ball, but they really amped it up with ramps and multi- tiny ball. I look forward to playing one.

Never heard them referred to as Sunken or Recessed playfields before. I’ve only ever heard “lower playfield”....

I didn't know what to call it. "Lower playfield" seems to be used a lot just to describe the bottom area of the playfield by the flippers. Should I change the thread title?

Munsters lower pf is the best one I've seen since HH & BH. I'm a fan of upper & lower pfs, but lower pfs in particular which utilize what would otherwise be dead space. Majority of pins have no targets, or ramps or anything that low on the playfield. It's just bare pf with some bliking inserts. There is no cooler use of space than to add a window and a lower pf. And this one has ramps and it's own multi-ball! I cannot wait to play it! Probably will end up buying a premium.

I really enjoy them, but as many have said, there aren't many good ones. BH and Elecktra are the best, imo, followed closely by HH. Not really much after that. Krull maybe?

With Munsters, it's exciting to finally see another one that actually looks like it has the potential to be lots of fun. Really wish they'd put it on one of their games with a theme i cared a bit more about though (not knocking Munsters, it looks great and I'm ok with the theme, just not likely to ever be a "buy" for me at current prices/space constraints).

I think it's a good way to add more playable space to an otherwise empty area. Upper level playfields are cool, but take away a ton of regular playfield area. The sunken playfield takes no space from the main play area.

Generally I’m a big fan of both upper and lower playfields as long as they have some purpose to the rest of the game..

Game settings adjustment- 1 letter awarded per shot to spell PINBALL. (opposed to the 2 or 3 awarded with factory settings)

Stewie settings adjusting- 1 letter awarded per shot to family member.
(opposed to the 2 or 3 awarded with factory settings.

Stevie Pinball was actually kind of fun, but really easy.

Im not a fan of them personally

Tiny ball aka FG feels like playing a cheap kids toy you would buy in the toy section of a store. No thanks. Not for me. 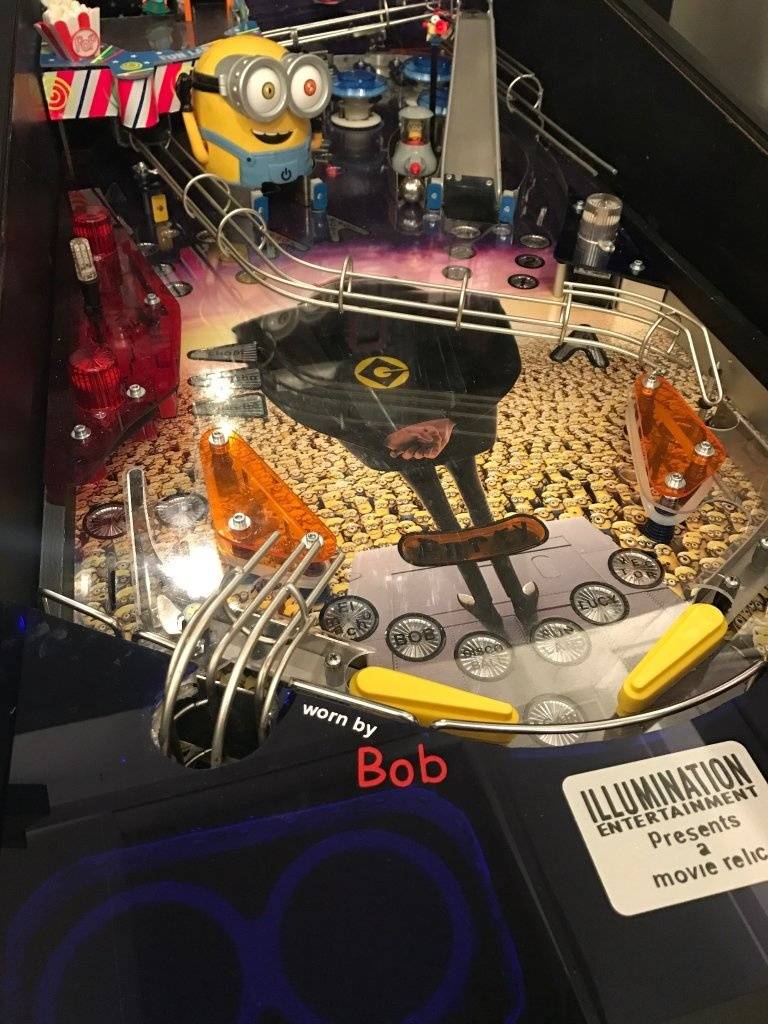 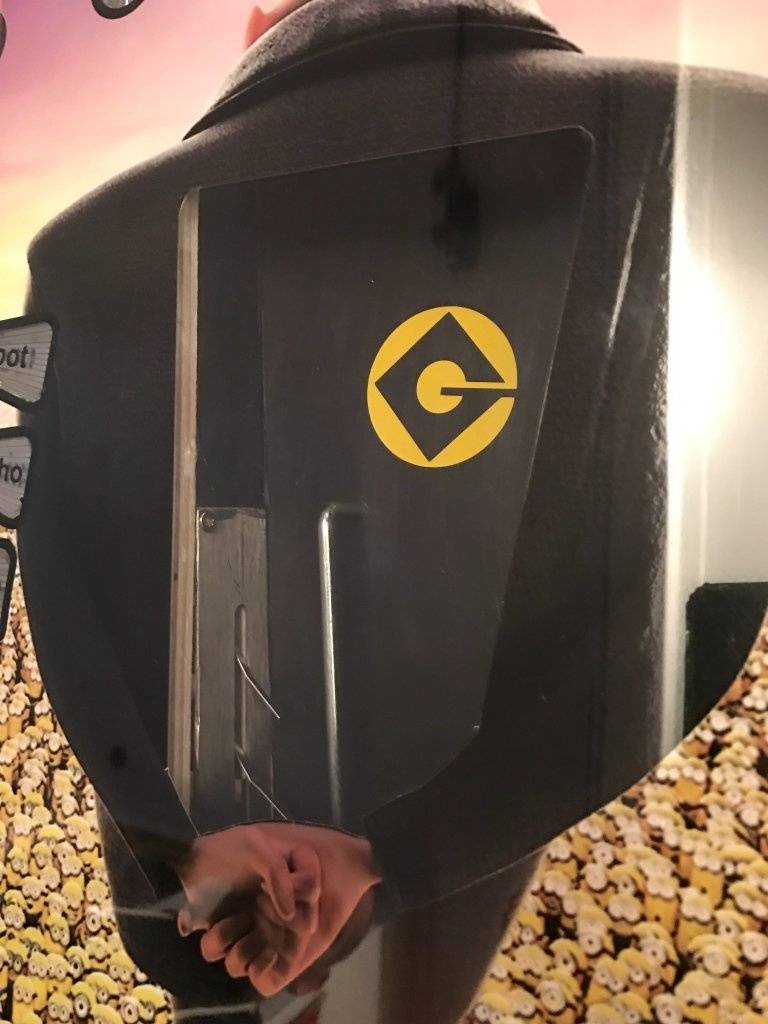