Value of machines with HARDTOP installed?

Did you want a station wagon? 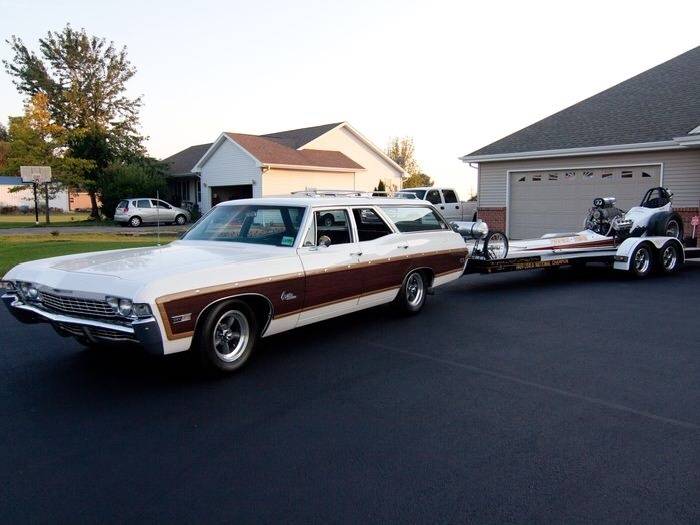 30+ year old plastic Spanish playfields all seem to have held up great.

Yeah...but how many games on them? It's not like a Williams game which may have had 20k plays on location. In home use, of course, you're right...because it'll be the same.

If you manage to let it wear through the 30mils of PETG before it touches the art, then you’d have a poorly playing pin, anyway Best to just get a new playfield at that point.

Yes, but people are stupid, and do stupid things. (And frankly, I barely trust myself to install a Hardtop without f'ing up the backside of it and losing some art LOL) You don't find games at budget prices that were well taken care of, and I'm a project person. I'm concerned with what THEY'RE doing, not with what I'd do, because...well.... yeah. I've rarely ever sold a game that played like crap, and when I did, the price was certainly fair. If I didn't lose money, I can promise you I only broke even. Then again, I'm pretty sure most of our local community knows I'm not the snap-rag type, but I also don't want to end up buying (theoretically) a hardtop that's damaged enough that I'd want to replace it, as I'm sure they did their research and that adhesive is designed to hold on. Put that over a 30-50 year old piece of plywood......

I dunno. You tell me hardtop guy. Say in the case it ultimately got cracked, or too cloudy to polish out....can you pull a hardtop off a playfield without also pulling old brittle wood with it?

This is @fattdirks game at Madcap brew co in Kent. Hardtop was installed almost 3 years ago. Has easily 10,000 games on it. This poor game gets the shit played out of it and still looks brand new.

This is exactly what I was hoping someone had. Actual evidence. This is a good example of how these things will hold up over time under heavy use, but well-maintained. Thanks for posting that!

*Edit* I think some people, including OutsideEdge...... are mischaracterizing, or at least misunderstanding, my sentiments here. I said that I have every intention of buying a hardtop for Future Spa, and would consider it for other games that are NLA or unlikely to get run as a full playfield. Cyclone would be an immediate purchase for me for a Hardtop. Bad Cats also. Given the option, *I* personally want a full playfield though.

And yeah, as someone said above, CPR playfield swaps can be a pain. I did a lot of fiddling with Space Shuttle, because the dimples weren't necessarily obvious, and I didn't have a big punch-map paper from my old playfield...it was my first swap. But....that's just par for the course. Playfield production isn't an exact science, it's an art, and art has variations. It's all about how much dedication you're willing to put into your work, and personally....if I have to spend a few more hours on a swap to have things line up correctly...so be it. But I'm doing the work for myself FIRST, and for resale LAST, and I've never done a PF swap for anyone else or for the sole intention of trying to get more money. I leave that to the people with more money and space.

I dunno. You tell me hardtop guy. Say in the case it ultimately got cracked, or too cloudy to polish out....can you pull a hardtop off a playfield without also pulling old brittle wood with it?

It’s pretty clearly stated on their site that this is a one-way process. There is no removing it. From their FAQ:

“Is the adhesive strong?
Yes, very. After several rounds of development with 3M, we landed on an adhesive so strong that if you try to pull off the Hardtop, it brings wood with it. Nothing is forever, but we've done our best to make this as close to a permanent solution as we could get.”

That said, the concerns you have are pretty unlikely. I can’t reasonably see how this would get cracked and people with Hardtops - including that 20k play Space Shuttle - report no visible wear, period.

On a related note, I did lightly gouge a section under the apron and was able to get it to a nearly new state with a single Novus 3-2-1 pass. Not the same thing as clouding, but I’m highly confident that if there ever was wear visible on it, I could polish it back up simply from watching it go from hazy after Novus 3 to clear again.

Yeah...but how many games on them? It's not like a Williams game which may have had 20k plays on location. In home use, of course, you're right...because it'll be the same.

Not sure why you would assume home use only. I've been looking for the "right" Jolly Park for quite a while now. Have seen a number of them with lots of broken parts, beat up cabs, etc. But every single playfield I've seen still looks great. Not to mention that was technology from 20 years ago. Hopefully the Hardtops are as good or better.

I get that they're not for everyone. But they are making a lot of machines look and play a whole lot better.

As for the value increase/decrease, opinions don't really matter. Only sale prices do. So far the ones sold would indicate they add a good amount above the cost. When you factor in time to install, obviously that changes things. 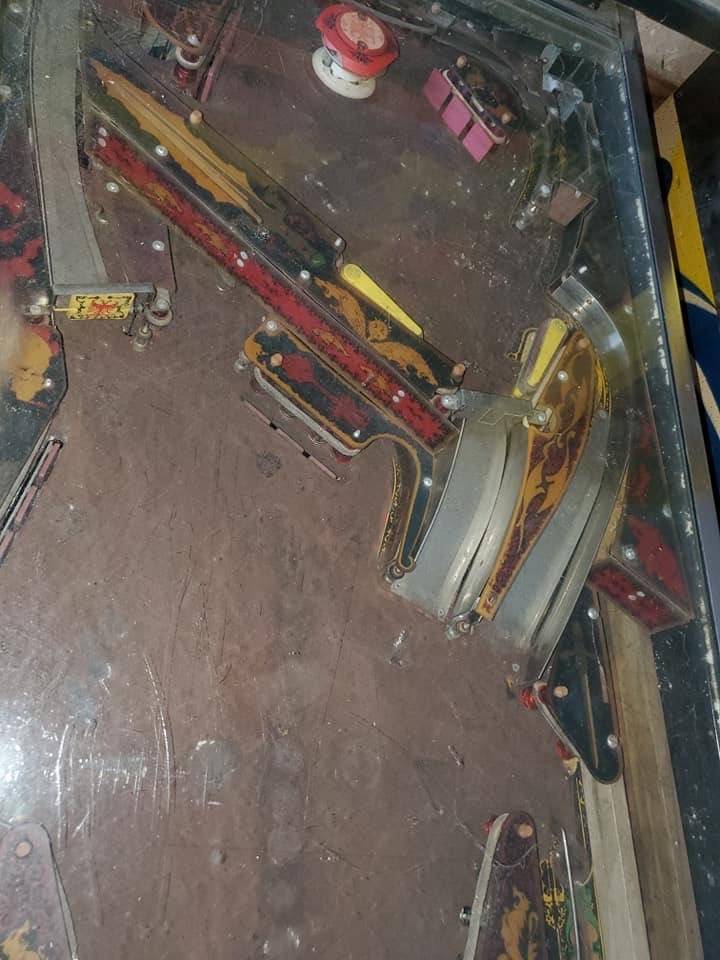 That could easily be touched up and cleared, come on man, ensure it holds it's value don't take the easy way out!

Not sure why you would assume home use only.

Because I've literally never, ever seen a Sonic / Zacc on route, nor do I ever expect that I will, because I live in DALLAS, not in Seattle or Chicago, or the NE. If you're putting a Jolly Park on route, good on ya! It was a statement about the future of the machine...not the past.

On a related note, I did lightly gouge a section under the apron and was able to get it to a nearly new state with a single Novus 3-2-1 pass. Not the same thing as clouding, but I’m highly confident that if there ever was wear visible on it, I could polish it back up simply from watching it go from hazy after Novus 3 to clear again.

If a playfield has heavy wear or is shot I think a hard top certainly increases value. Would it increase the value as much as a CPR playfield swapped in? No, not anywhere close.

well i think i will dive in here....first i have to stand up for CPR. they put a lot of blood sweat and tears into their playfields. my centaur came out primo....the wood was top notch and I couldn't be happier. I do think that with the change to digital one off printing, while it solves a lot of problems, there is that old school work that in my opinion gives such value to a CPR playfield. Having said that, hardtops make things easier and bring the price and difficulty down for the average user. I think many many pins will ride again thanks to the hard top solution. nothing sells a pin faster than when it looks and plays great! I am a pinball fan......I want to see those old machines get restored and thanks to all who do this! 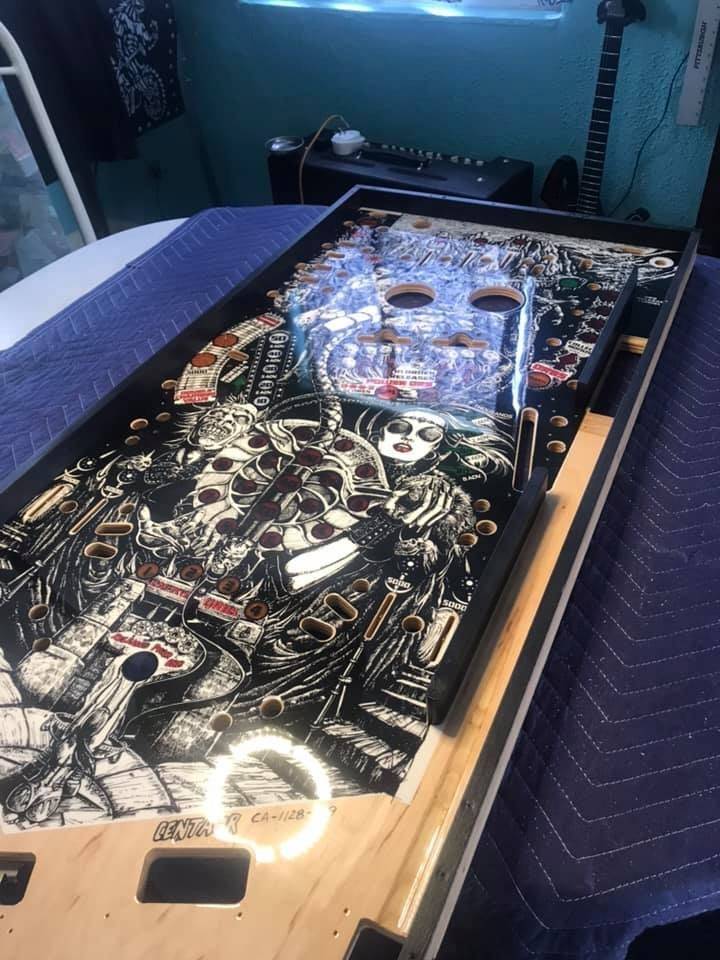