Valkyrie vs. Robin Hood vs. Poker Run vs. Sherlock Holmes

Which rumored AP theme would be best for pinball?

I would think as a theme Sherlock Holmes would be the strongest of the four, but Valkyrie has the most potential for the art.

I vote Robin Hood. Sherlock Holmes would be tricky to get right.

I voted Robin Hood but I do think Sherlock would be very cool if it had WhoDunnit vibe.

Holmes could be excellent - each mode solves a new case. I like the idea that someone floated on Kaneda's podcast. Make new mysteries as downloadable content. Maybe a new case (mode) each month on a subscription based model.

Robin Hood is second best but carries a lot of baggage due to terrible movies over the years. It would need to be a very unique representation.

Valkyrie is hard to pass any kind of judgement on as a theme unless we could see a mock-up of the theme. Norse mythology could be cool but I would need to see the concept like in a prototype backglass.

Poker Run sounded terrible and the more I learn about what a poker run actually is, the more terrible it sounds. I envision a mash-up of WPT and Full Throttle. Again, I would need to see the concept but out of the gate... yuck.

Holmes would be amazing, but I fear that the animations will be done in same style as Houdini and Oktoberfest...ugh. So much potential to make a better/modernized "Whodunnit" with a classic character and his cast. "And then...Holmes was on the case!" That is the way to go...but need to hire a new animation team, artist, and voice work than their previous games.

Meh on all of them

Sherlock Holmes for me for sure. I know it's not a movie based theme, but if they kept the steam punk theme from the Robert Downey Jr. movies/Houdini pin I think it could be really awesome.

Sherlock Holmes for me for sure. I know it's not a movie based theme, but if they kept the steam punk theme from the Robert Downey Jr. movies/Houdini pin I think it could be really awesome.

The RDJ movies stunk!!! Give me the BBC Sherlock, what a masterpiece!

Sherlock Holmes for me it's the only one that would interest me in buying it but it would also need to be a good game as it's not a dteam theme I have.

Meh on all of them

I should have made this an option. Perfectly valid response.

Sherlock Holmes - tons of gameplay potential and a solid theme that most people are slightly familiar with but leaves a lot of room for interpretation. A modern Who Dunnit please!

Robin Hood - same as Sherlock Holmes, but I don't think it's quite as interesting or as full of possibilities a Sherlock Holmes could potentially realize. They'd have to have a Daryl's crossbow equivalent right?

Valkyrie - I think the genericness of this allows the most possibility to wow someone. There's no preconceived notion other than it will be something vaguely Norse and full of artwork of sexy, powerful, warrior women from the heavens. Strong art potential and a very unique theme, do not cheap out on the aesthetics! Has huge potential to appeal to women or repel them depending on how it's done. Mandatory to see a Valkyrie pick up and carry a ball off, maybe like the flying monkey and Woz.

Poker Run - so many car games and so many games based around cards/poker, and the concept of a Poker Run isn't well known. Boring theme overall, but there is some gameplay potential I suppose. Doesn't seem super desirable unless there is a killer gameplay hook.

I think Sherlock Holmes is the best, I'd be interested in what they'd do with Valkyrie, I'm a little more ambivalent towards Robin hood, and a meh to Poker Run. 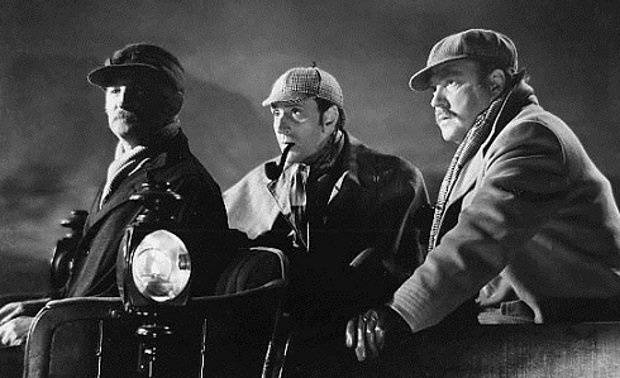 Robin Hood would be very cool, could be a great $1 game with mates, with things like stealing points or an achievement from the leader. One person is Robin Hood and rest are the Police chasing him down. Ramps going through trees etc

Sherlock would be cool as well, many cases to solve, with the opportunity for a cool look.

I'd vote for a "Nightmare before Christmas"; that could be done great and is right up AP's alley.

I'd vote for a "Nightmare before Christmas"; that could be done great and is right up AP's alley.

They’d probably release it in July.

I'd be down for a black and white Basil Rathbone Sherlock Holmes pin. Could be a lot of fun and modes could be awesome. Get new case at the famous residence (scoop) question witnesses, chase the killer (multiball). Could be fun.

I'd say Robin Hood. He (or SHE!) is a character who shoots arrows at things which easily translates into balls flying at targets.

But they should really just get a licensed theme since they're not good at creating original content.

They're applying for trademarks on pinball games. The other manufacturers could still use the themes, but they would have to not infringe on the trademarks granted to American Pinball for "pinball games, pinball machines, pinball-type games, and slot machines".

edit: Think back to when DE and Williams were going at in court. Williams trademarked "multiball". That didn't stop DE from having multiball, but they had to call it something other than multiball (triball).

Which rumored AP theme would be best for pinball?

Valkyries come from Norse mythology... Norse mythology comes from the land of ice and snow... ok, it’s a reach, but would be awesome if Led Zeppelin was mixed in here somehow!! Ok, I’ll go back to drinking. (It’s starting to feel like a colordmd hint post).

Who is picking these themes?!