Type of PinSiders. Wish there was only one!

I have been visiting PinSide for over the years and it’s a great site but the forum can be a real mess at times.
Most of the times a thread starts and its great chat and interesting but other times geez what a cluster.
Seems there are 4 kinds of people on here.

1 – Cool ones. They are informative, helpful and reasonable. Like MMR they understand it’s a start up and appreciate the fact that MM in itself is being remade and understand the complexities with a company, suppliers and employees and the millions of variables involved. Same with JJP.

2 – Trolls. Everyone knows who they are and they seem to hijack a thread for no purpose other than to troll and rile people up.

3 – Grown Men Acting Like Children. I do not mean playing games and pinball I mean they act like kids when it comes issues from companies. Yes we want what we pay for, blah blah blah but an example and I hate to bring up MMR but I have never seen so many children crying about MMR and wah someone promised me a color display, etc. No one is forcing you to buy MMR. Can you not appreciate the fact it’s even being made or would you rather search for 15K routed MM’s. Yes they had some issues and they are trying to work it out. Relax. Seems they act like its then end of the world.

On a side note unlike Stern who knows their market for their machines, JJP and CG are new today’s pinball market and aside from the complexities of a startup but the fact it’s impossible to judge demand for their machine and determine suppliers and partners, etc. Stern was the only full in house op. Yes they had CG do their cabs but with CG and JJP they are dependent of other companies and their timeframes and workloads.

4 – People With Nothing to Do. Ok these are fine, but they seem to fit in the complainers sometimes and just post to post having said nothing.

So there it is my opinion over the years. Wish it was different. Go ahead and negative thumbs this post, I am sure the negative thumbs would be #2 or #3 types of people.

An easy fix if PinSide added a block to a thread where they can block that user from the thread if they are trolling etc.

Which one are you?

Pinside is like real life, full of different people

Most pinsiders are regular guys, keen just to play and talk pinball

IF you just ignore the trolls, they go away

Just enjoy everything this great hobby has to offer

yeah, you don't have to be number 1 or number 4. There is something in between without being a troll or a cry baby.

I joined the hobby late in my life. So i'm no tech, but love to learn about new stuff coming up and mods available and sometimes just say funny things.

There is only one Donald Trump.

Yikes--reading the OPs post it seems like a lot more downers spend time on this site than just us pinballers...

I just wanna have something to do.
-Me. And Joey Ramone

Ballsofsteel can be any one of these at any time.

dont pigeon hole us with just 4 types. lot more than that going on.

You forgot about us lurkers. ...

What a fucking troll post. Part of the KANEDA Klan??

Which one are you?

He is definitely a number 2. 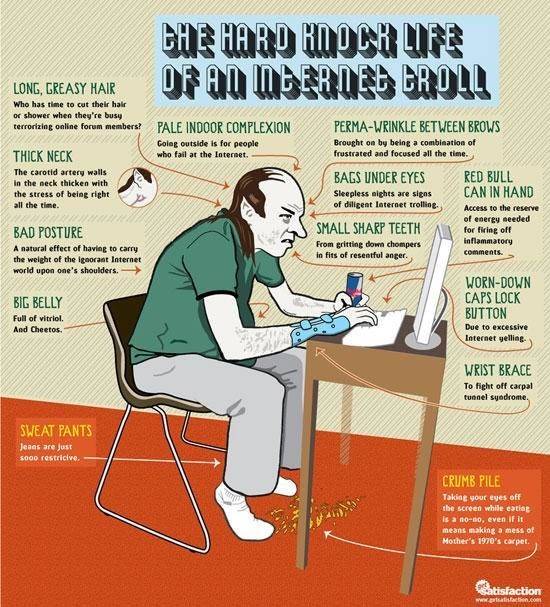