I recently bought a Turf King that came with two keys that would not operate any of the three locks on the game. Does anyone recognize this style of key or know if they look like 1-ball horserace keys? I'm wondering what game the keys might have come from. One key has the Bally name on it. I had to drill out two locks in order to break the game down for transport. 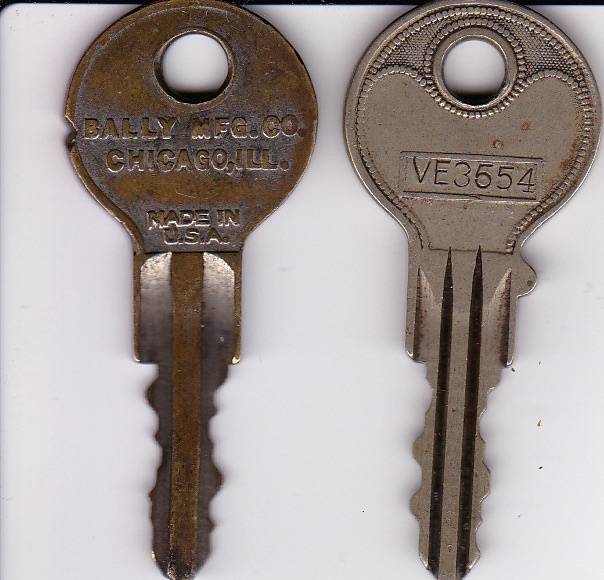 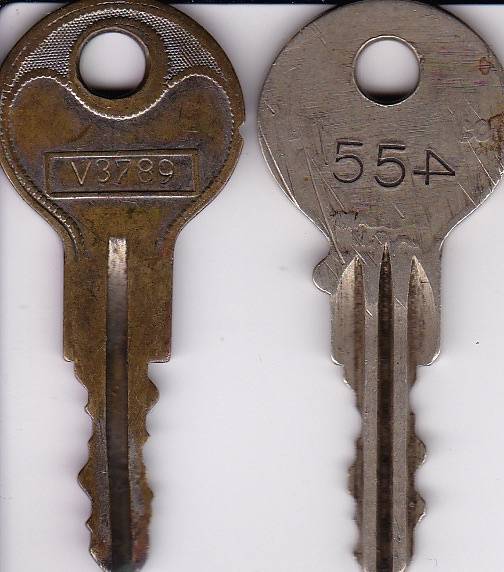 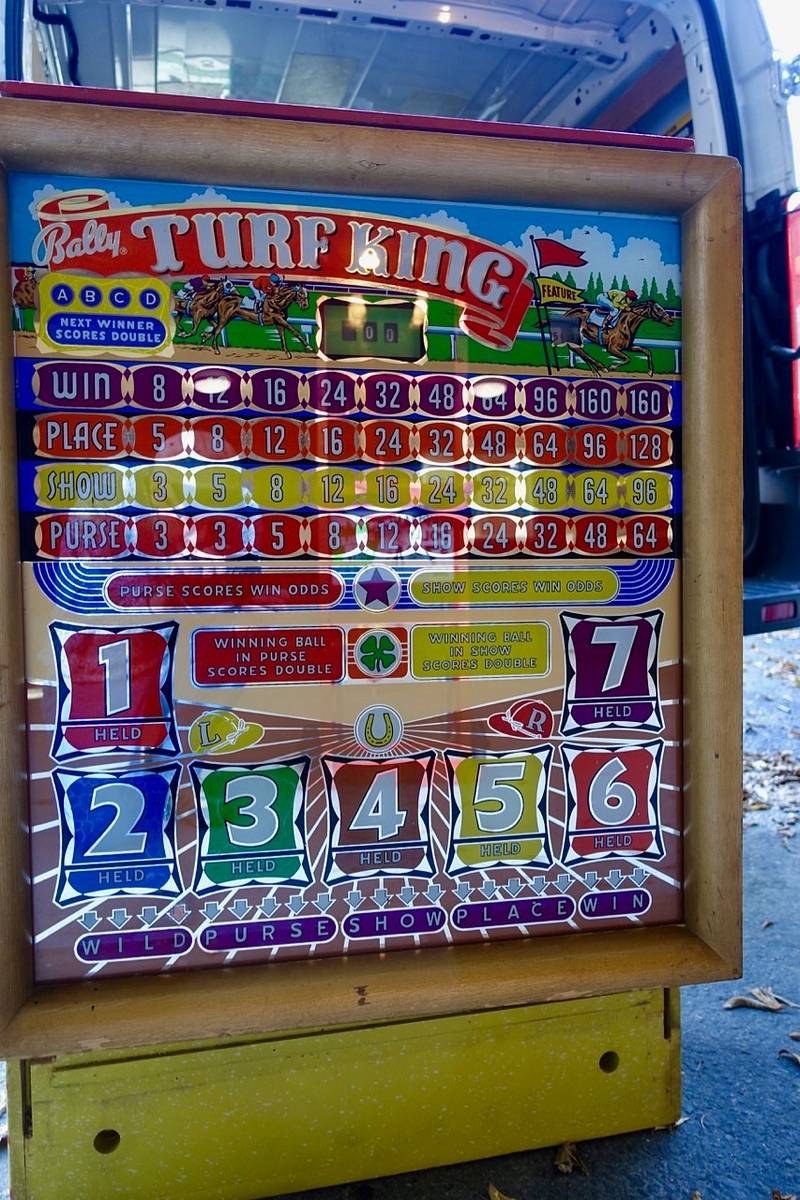 This is what drew me to the Turf King in the first place. The backglass in the ad looked nice. In the real it is almost perfect. It's almost spooky - an NOS glass 67 years old might have more imperfections tan this glass. The 2 (resized).jpg

That looks like my front door key for Turf King.

Excellent glass! What's the modification beside the Feature horse?

The key on the left was made by Chicago Lock Company. They private labeled locks for Bally at the time. Not sure if the one on the right is a Fort Lock key or not.

That looks like my front door key for Turf King.

Excellent. I was told by the seller that he was given the wrong keys when bought the game at a show, so I suspected they might be horserace keys from a different game. I think I can modify period locks so they will work with the keys I received.

What's the modification beside the Feature horse?

That's the feature build-up reel. It's a pinball-style score drum that was included in early Turf Kings. (At least that's my understanding.) The number shown represents dollars, and it would be a cash payoff by the location owner. My Turf King shows 45 on the reel, one short of the maximum 46. ($498 in 2017 dollars according to my inflation calculator!) A "Feature Change-Over" plug on the main board allows the operator to set the game to either award replays on the regular score reels or to operate in "Feature Build-Up" mode, in which case no credits would be added to score reels. If the game is operated in "Feature Replay" mode, a second plug determines whether the award is 160 or 320 replays. One of the photos shows the plugs. My game is set to "Feature Replay." Moving the plug to the three empty sockets just to the right would switch the game into the feature build-up mode. The game has two reset buttons - one for the regular replay reels and the other for the feature award. 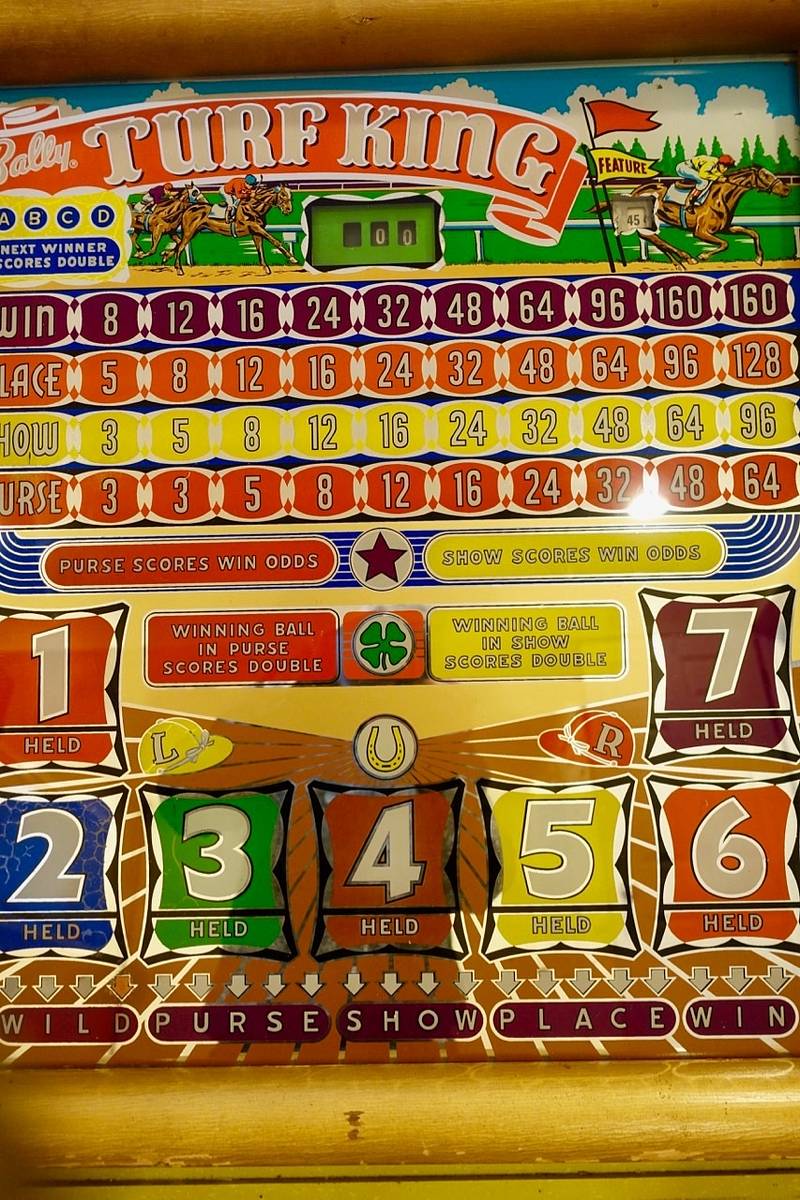 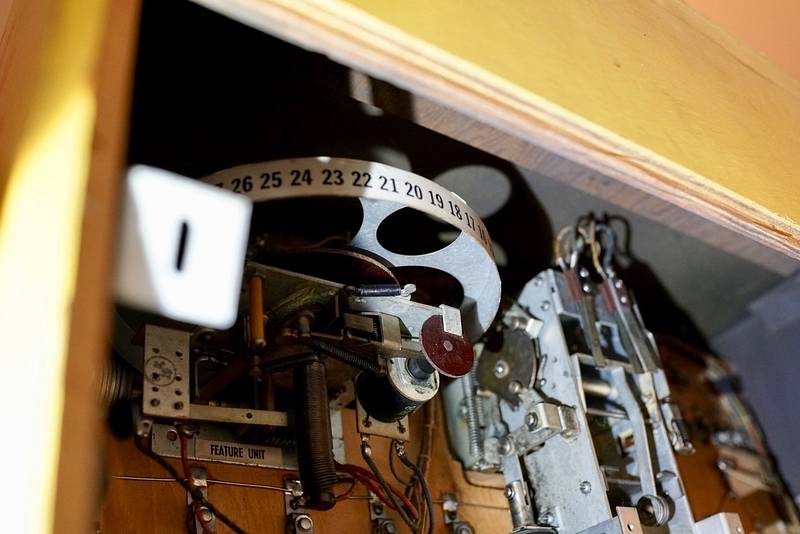 The feature build-up reel is a pinball-style score drum. The reel tops out at 46. (resized).jpg 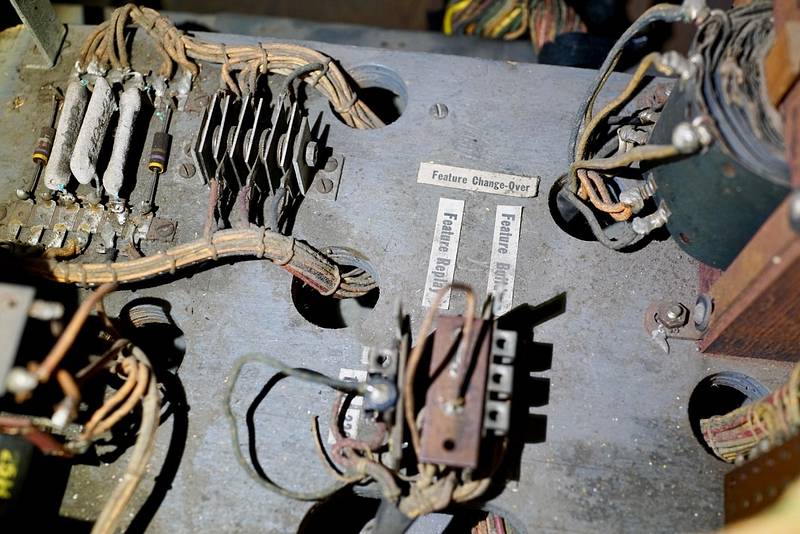 Bally Turf King &quot;Feature Change-Over&quot; plugs. It currently is set to &quot;Feature Replay,&quot; meaning games won are added to the replay meter. The single-prong plug to the immediate left awards 160 or 320 replays (only works when the feat (resized).jpg

Wow! My game does not have that at all. Very interesting. In practice, it's so hard to earn the feature award, I can see why you wouldn't want that to be removed with regular gameplay.

How many keys do you have for your Turf King? Does one key open all three locks? If your TK has two keys, does one key open the front and rear doors and the other key open the side lock for the backglass frame? I'd like to get new locks that can be adapted to work with my vintage keys, but I want to have them keyed like they would have been when new.

Wow! My game does not have that at all. Very interesting.

Bally dropped the Feature build-up score reel at some point during the Turf King production run. They issued a new schematic (XW-319c) for games without the Feature build-up score reel. The later games have serial numbers starting with AB. My game has an early serial number of A2900. Both schematics are available on ipdb. I'm not sure if any other changes were made for the "AB" Turf Kings.

I've got an idea why Bally dropped the Feature build-up score reel. The early Turf King ("A" serial numbers) have two counters in the front cabinet. One counter is for the traditional score reels, and it ticks up by 1 for every 1 game that is knocked off the 3-digit score reels, just like a bingo. There is a second counter for the Feature build-up score reel. It is incremented when the Feature payout score drum is incremented, so that counter has a different set of rules. The accounting/bookeeping for the Feature build-up required the operator to subtract the number on the Feature score reel on the backglass from the number on the Feature counter in the front cabinet, and then compare that result with the number from their previous collection. So it's a hassle to manage the two counters. Worse, the reset (knock-off) button only works when the Feature flag is lit and a ball is in the Feature hole. So imagine you're the location owner paying off a maximum $45 winner, and another player drops a nickel before you get back to hit the reset button you forgot about. The reset button won't reset and the operator won't know that you paid the $45 winner (nearly $500 in 2018 dollars). Sounds like a recipe to have the operator and location owner at each other's throats. My game came with 815 on its functioning Feature counter, so hits were rare and probably high value to boot.

Turf King could be configured through switches to pay 320 on the regular score reels for a Feature hole winner, so it's not obvious that that a variable payout of up to 900 ($45) would drive much incremental business. I'm guessing Bally got a lot of operator blowback and dropped the Feature build-up. I believe the Feature build-up was always present on Grandstand, the payout version of Turf King.

I recently bought a Turf King that came with two keys that would not operate any of the three locks on the game.

Since that 1 key has a notch cut into it, it has 2 different cuts on it. Are the locks double sided? Look at the other key it also has been cut with 2 different profiles. Can the keys be inserted either way?

Since that 1 key has a notch cut into it, it has 2 different cuts on it. Are the locks double sided? Look at the other key it also has been cut with 2 different profiles. Can the keys be inserted either way?

My Turf King had what I believe were bingo locks. The keys pictured above wouldn't begin to fit in the locks. I wound up replacing the three locks with a set of ILCO locks that probably date to the 1950s or 1960s.