Toughest Pinball Designer of All Time

Now, I'm not talking about which designer you would least likely want to take on in a fight. Or which designed the hardest shots to make.

What I mean is which designer made the games that were most difficult just to keep the ball in play.

Now I've owned or played games from pretty much every designer since the beginning of the flipper era, and some look more difficult than they really are once you get a rhythm going, but I'll be damned if Steve Kordek didn't have some kind of a mean streak in him. 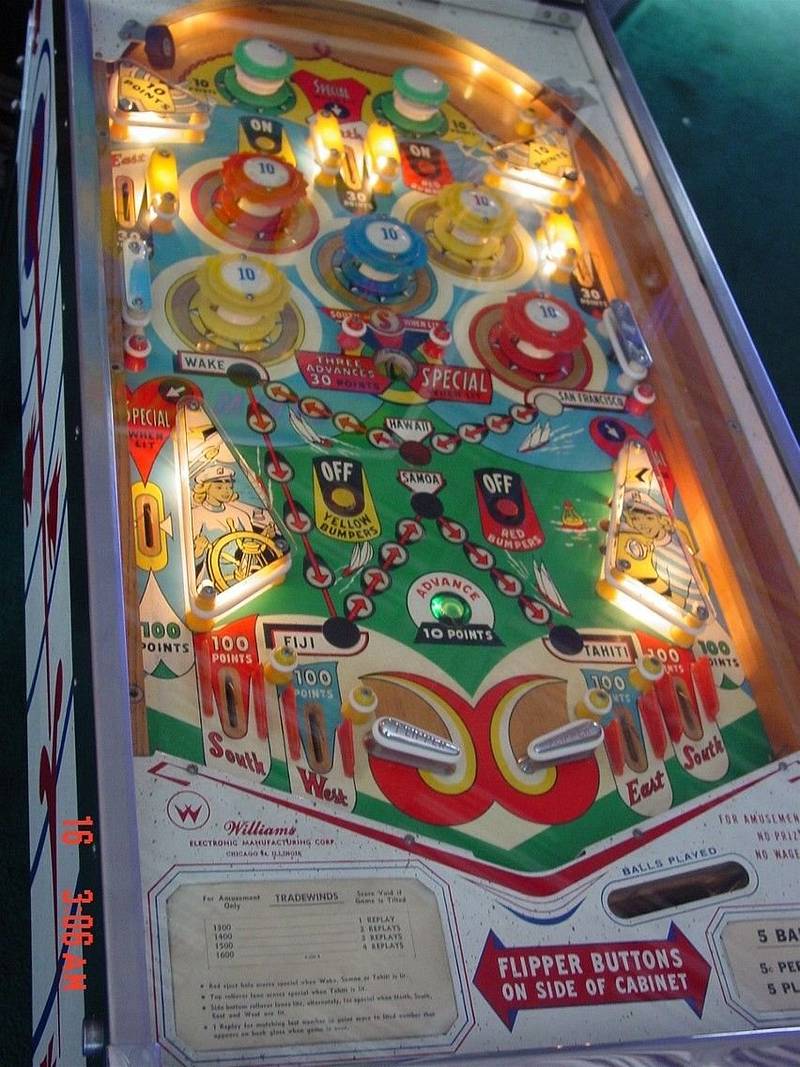 What you stated is to me, a mark of really good design. A pin must have that I almost got it feel, to be fun.

If a player can roll the game every 2nd time, then the game is to easy. Design it to hard then a player might only play it a dozen times or so.

Design it to hard then a player might only play it a dozen times or so.

That would seem like the normal train of thought, and I guess maybe because I don't have to spend dimes on it is why they get played over and over again.

Of course looking at pics of some that were routed leads me to believe they sucked up lots of coins anyway.

Ted Zale did design some tough games. A spinning disc, just wow, on FireBall. Then if you move to some fast playing SS pin like F-14 a Steve R. design.
It would depend on what is relative to a players ability. Look at Pin*Bot that game kicked many pinball players ass's when it was new. I can remember loosing many quarters in that bastard game, but yet, I have owned one for over 6 years.

If one was to look at those Gottliebs by Wayne Neyens. That era 1958 to 1970, those games mainly had a score reel which topped out at 1999. With a 1000 point lamp. It would be a very rare day to roll one of those pins on 5 balls, now getting the 'Replay' was attainable.

True, that Capersville I had was even tougher than Fireball, but I could get it in a rhythm and rack up some pretty good scores.

That kind of scoring was standard with score reels in those days with plenty of 1 point shots.

If you look at his game Frontiersman, which I own, it looks to be terribly brutal and does have some quick ball times. However once you get a little side to side action and some experience playing it, that's when the fun begins, and quite a rhythm can be had.

His Corral is the one that really kicked my ass, but then I watched a buddy play it like it was childs play. Nobody does that on my Trade Winds or Big Daddy. Or rarely.

O-din, since you are the guru of em machines, what would you say overall are the top five machines for playability. I'm not talking hard or easy just overall the most fun with the most staying power. I know this is off topic, but your thread got me curious because I want to ad one at some point.

O-din, since you are the guru of em machines, what would you say overall are the top five machines for playability.

I don't know about guru, but I've had a bunch and played a bunch. Now I've got the oddball lineup of oddball lineups for sure. All short flipper EMS. Newer games are in the house along with Big Daddy and Fun Park. Both of those are permanent keepers and great players.

But since I go out to the garage almost every night and play a few, I whittled it down to these as ones I play the most. Most of them have been here for quite a while now. All great players with staying power. And I can take in a ballgame at the same time. 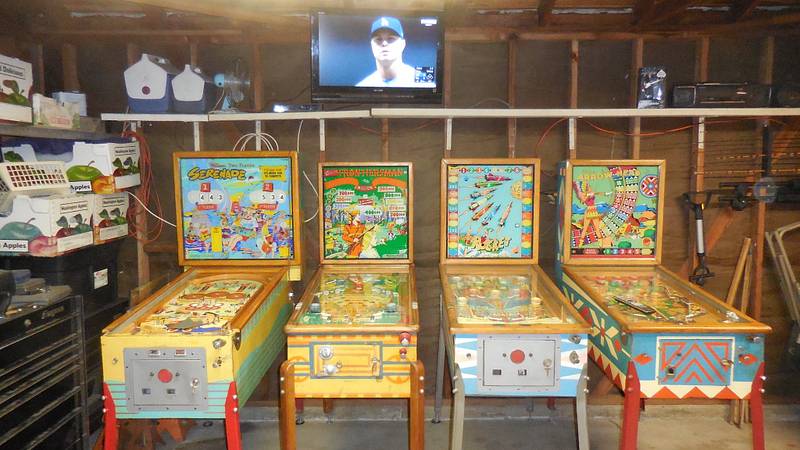 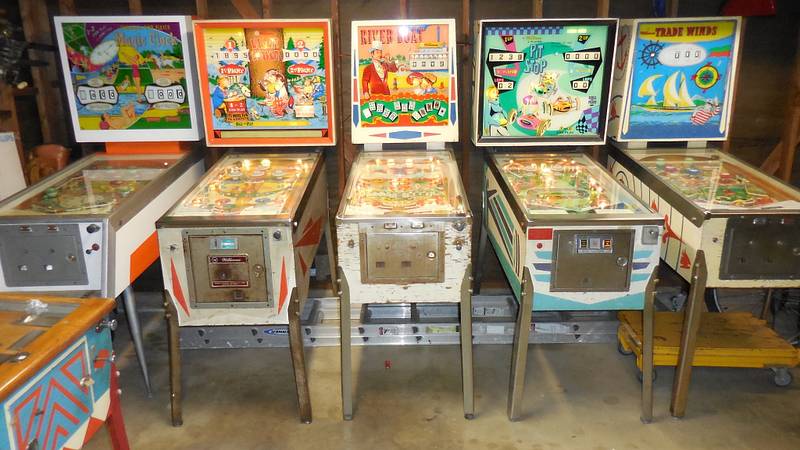 For someone looking to add one EM to a modern collection and not break the bank and get one that's fairly easy to attain, it's hard to go wrong with Pit Stop. It's just a crowd favorite and marginal as far as difficulty is concerned. Lotta lotta fun to play and never gets old.

The priciest one in those pics would be Frontiersman, as it is a known collectable machine. I think I paid about $2k for it, but it is worth every cent. It's the only Gottlieb left in the bunch, but I would never part with it. It's just too much fun and my favorite EM they ever made. And I've had a bunch.

He lulls you into forgoing your game plan in favor of buttery smooth combos that inevitably end up in a quick outlane death.

Long ball times on a woodrail is missing the point; the challenge is in prolonging your playing time through replays and Specials, particularly the risk-reward gobble hole games.

Greg Kmiec with old chicago and paragon. love old chicago but the pop bumpers must be adjusted to be very sensitive.

Long ball times on a woodrail is missing the point; the challenge is in prolonging your playing time through replays and Specials, particularly the risk-reward gobble hole games.

Sure, I can win 10 replays at a time on that Frontiersman and up to 5 on the two to the right of it with a lot of work, but none of those woodrails are quite the challenge to keep the ball in play as say Kordeks's 4 Roses, another one I used to have.