34 key posts have been marked in this topic, showing the first 10 items.

Post #11 Key posted, but no summary given Posted by APB_Enterprises (4 years ago)

Post #301 Key posted, but no summary given Posted by stevevt (4 years ago)

Post #360 Key posted, but no summary given Posted by trilogybeer (4 years ago)

Post #376 Key posted, but no summary given Posted by FalconPunch (4 years ago)

Post #1501 Key posted, but no summary given Posted by johnnyutah (3 years ago)

Post #1502 Key posted, but no summary given Posted by oohlou (3 years ago)

Post #2179 Key posted, but no summary given Posted by SpookyCharlie (3 years ago)

Post #2378 webcast info on TNA and Jetsons. Posted by SpookyCharlie (3 years ago)

Post #2530 Game not yet complete and more code and updates and graphics will be coming. Posted by TheNoTrashCougar (3 years ago)

Post #2942 Link to buy your very own sac rack! Posted by TheNoTrashCougar (3 years ago)

Post #3056 Interview from the corn field drive. Part one and part two. Posted by toyotaboy (3 years ago)

Post #3193 Video of first production game. Thanks Deadflip. Posted by toyotaboy (3 years ago)

Post #3196 Comparisons on height of the cabinet and how it will look in a line with other games. Posted by TheNoTrashCougar (3 years ago)

Post #3284 Place to order a knocker and shaker. Posted by PDFVT (3 years ago)

Post #3623 Link to buy the custom pingulp. Posted by iEatHands (3 years ago)

Post #4047 Machines on the line, several photos from Spooky. Posted by SpookyCharlie (3 years ago)

Post #4214 Remastered music and more cool stuff coming in the next code update. Posted by TheNoTrashCougar (3 years ago)

Post #4351 New interview with Scott. Posted by FalconPunch (3 years ago)

Post #5087 Key posted, but no summary given Posted by SpookyCharlie (3 years ago)

Post #5162 Recommended flipper springs with link to buy from Lionman himself. Posted by TheNoTrashCougar (3 years ago)

Post #6284 Suggestion: take some time to make standard contrast adjustments to factory screen before you determine you should upgrade the monitor. Posted by Crile1 (2 years ago)

Show all 34 key posts in the index

You're currently viewing posts by Pinsider aobrien5.
Click here to go back to viewing the entire thread.

Anybody got any sweet mode ideas?

What do the lights near the flippers do? I mean the square of 15 lights between the slings plus the three below those?

What is that I keep hearing in the background?

For those who have played it, does it seem like it has legs or would it be more likely fun to play occasionally but not like a game you're going to keep for long time?
I don't have any simple rule pins like Space Station so I don't know how I feel about TA.
I'm not saying TA is Space Station just that the rules seem more basic.
Is this initial euphoria for TA or do you think it's the real deal?

Both of them make you want to play "one more game."

Except TnA has the incredible pounding soundtrack and looks to be way more of an adrenaline rush than BSD, but I get what you're saying about doing a few hard things well.

Better yet, check out the mirror in the back.

Seeing the full resolution really has me loving the backglass even more. I missed so much of the details at first glance and I am digging the mushroom cloud in the top left!

That car at the top really should look more like a Fiero. It's a little too boxy.

Didn't Scott just say he didn't want to reveal the art in pieces?

Next reveal will be the complete package .

Looks awesome! I don't know when you started on the art, but it sure seems like it all came together REALLY quickly. I'm super impressed if they'll be shipping in 2017, too. I gotta find some stuff to sell...

Basically it's just an extension of me helping out people to import pins from the USA which I already do anyway. The more pins we have in NZ the better for the pin community.

Hey! Quit stealing all our pins!

To those that have played... I hear each reactor is unique, and has a different approach to destroying it. Can someone please provide further details of the nuanced differences between reactors?

Each reactor takes more shots to unlock, and more (random) shots to destroy. Otherwise the process of startup and overheating each reactor is the same.

All it's missing is drop target decals!

Love the PF, love the cab, STILL not feeling the anime girl on the backglass but it's not a game killer. Can't wait to play it!

I still think she's one of the better parts of the whole art package. I really like the idea of her being on the playfield, Akira-style, that someone posted earlier.

I too am hoping the ordering period lasts long enough for me to figure out how to fund one.

TheNoTrashCougar fyi, not sure if someone else caught this one but there were a couple typos in the game settings (REATOR).

You're right!! This nonsense is getting old and tiresome...

Perfect place for a Sac rack!

God damnit, I need a bonus from work, stat!

I make the trek to Munster IN just below Chicago for 3 Floyds Dark Lord Day and to stock up on Zombie Dust every year so I certainly cannot judge.

FTW. Right in my back yard. 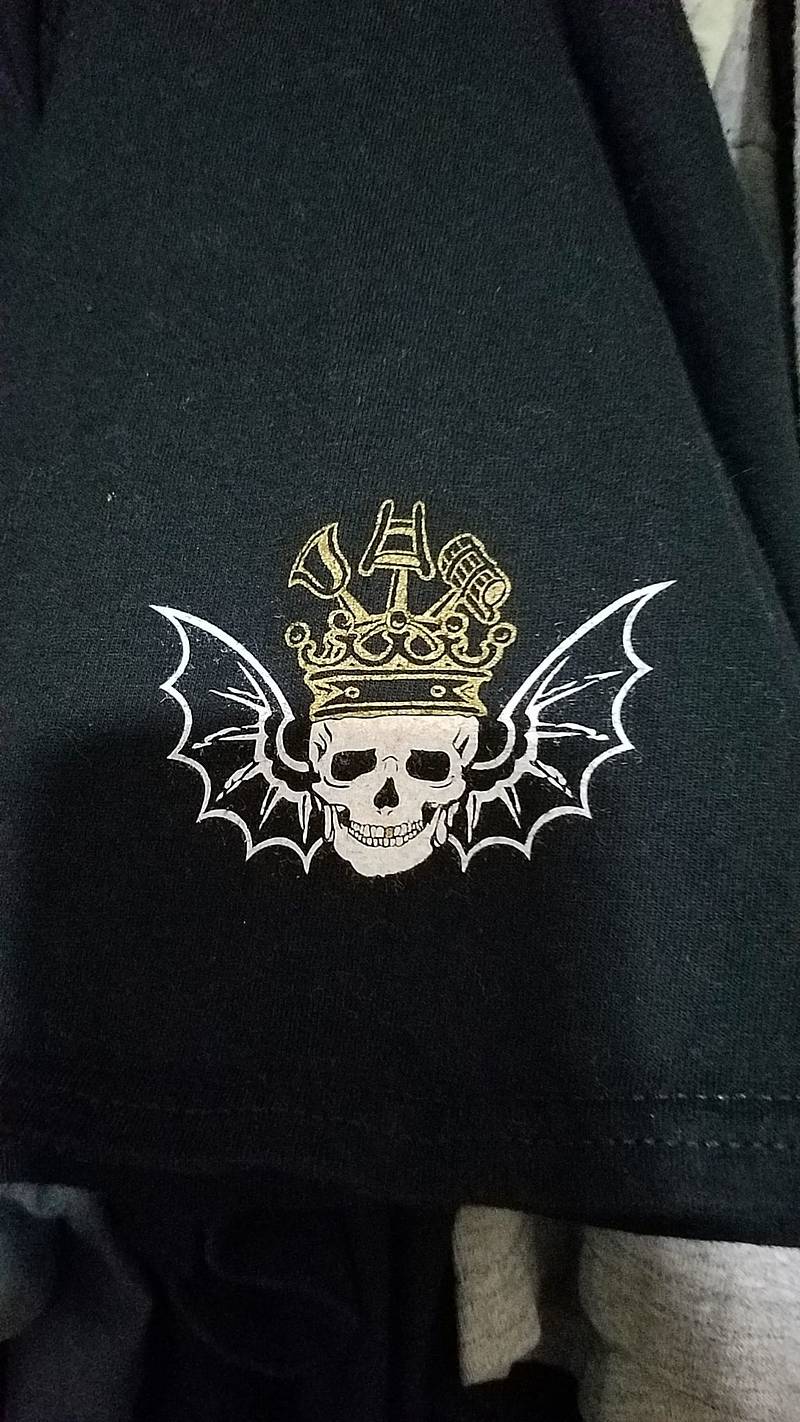 Bowen almost got the 9th reactor. Good to see the really skilled players are finding it tough as well.

Is there a true dirty pool reward now too? There's been that question about a ball behind the 3rd drop target being stuck or not.

That picture is going to be making the rounds for a long time.

Looking to buy a spot in line. PM me!

Looking to buy a spot in line. PM me!

Whoa... I better start getting my shit together!

What's the self-install process for the Shaker/Knocker? Do they have the plugs just hanging? Screw it down/plug it in/done?

There is a board that they plug into in the head. It's very easy to install. You shouldn't have issues with the included instructions. You will have to drill for the knocker. I can't remember if you need to for the shaker (I think you might).

Drill what? Just for the mounting screws?

Location of the puncture couldn't be better! lol

401 and friend, coming home! Thanks Charlie and Kayte, you're the best! 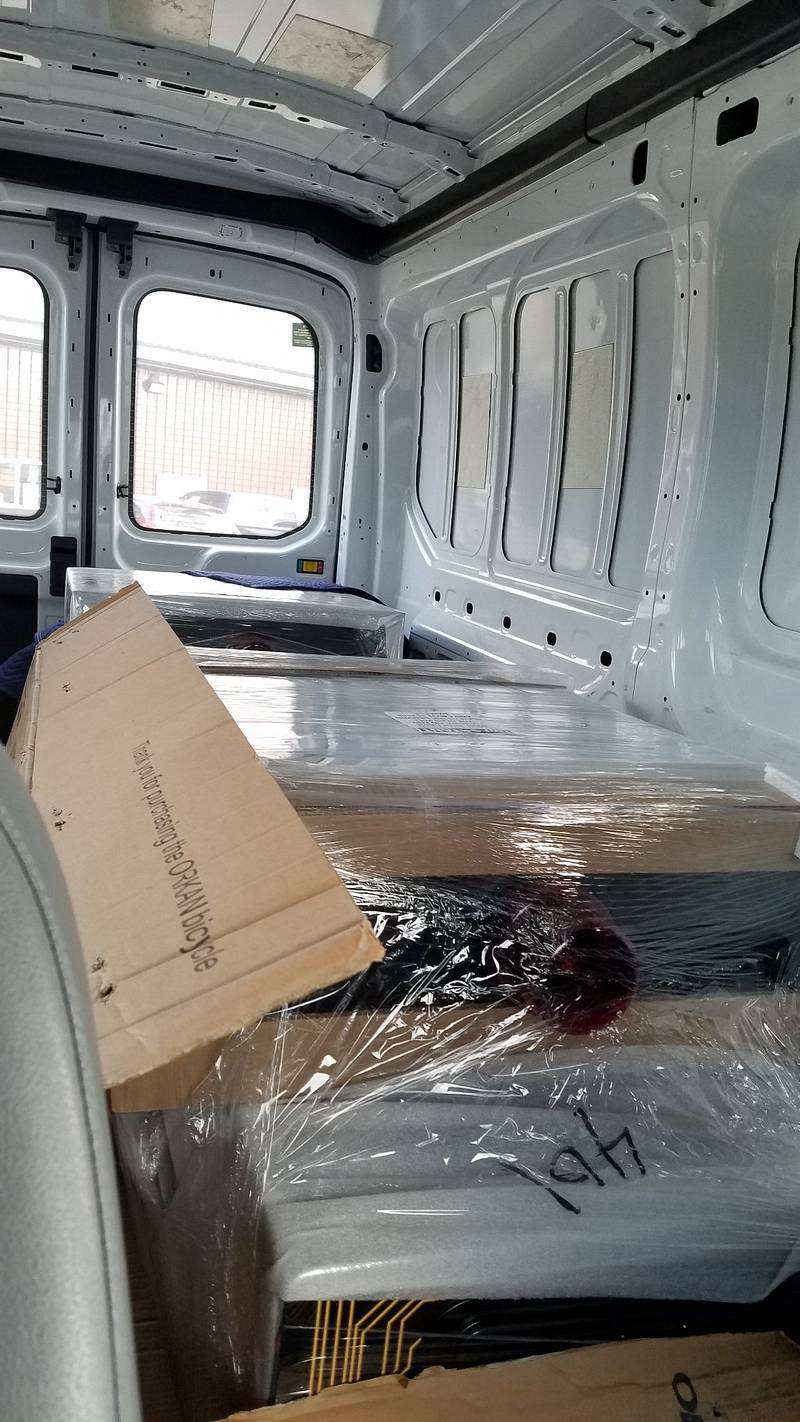 What’s the friend!?
Mine came with a friend too![quoted image] 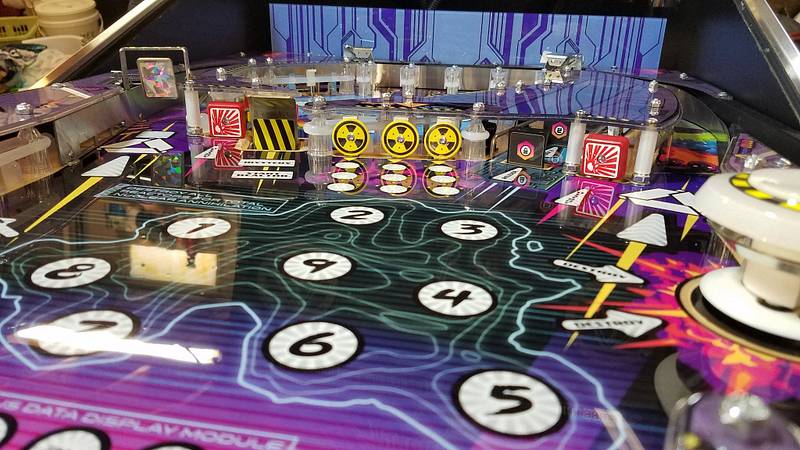 Your Radiation decals are upside down. I know as I fitted mine the same way

Because that's the way they were on the sheet!

Maybe your sheet was upside down 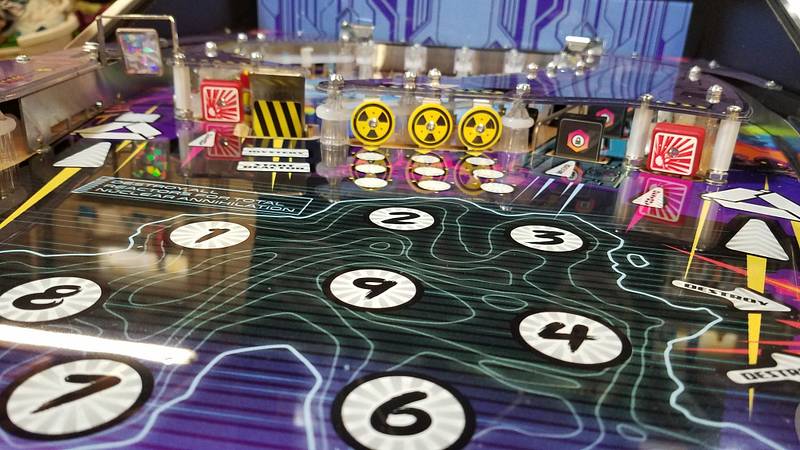 Is there an adjustment for when the trough has trouble ejecting a ball? Just up the coil power?

Yep, the trough coil. I would look and make sure there is not some physical reason the ball is not coming out. Could also be kicking too hard. Just watch it when it tries.
--Scott

It's not making it up into the shooter lane. Bumping the power up to 31 seemed to help some. I don't see anything out of the ordinary. Of course when it fails to get all the way out, the balls get stacked a bit, but a couple more pops clears it up.

I’m sure there are plenty of other things that will record in slo mo.
Borrow someone’s iPhone for 10 mins. Cost - $0.
rd

I'll give it a shot, thanks guys.

Alright, so what do you think? 3rd attempt fails.

Bend the top of the scoop down a little.
Take off the apron first of course.
Bend it a little then run 20 balls through it. Bend it some more if needed.
rd

Ohhhh. Dunno. I haven’t bent one.
Can you turn down the kick out coil power?
Looks to be kicking them out pretty fast. 1/2 that grunt would probably be fine.
rd

looks to me like the 3rd ball it not fully in position over the upkicker before it fires?
hard to see but appear that it is not hitting square on the ball so it is rattling before it even makes it to the top.
I would take off the rough and check that there is not a burr or something stopping the ball from getting into position first.

It happens when starting a game with a full trough sometimes, too. That said, it's worth checking.

I dropped the coil strength down to 20 and it kicked a dozen balls in a row (in coil test) perfectly. Then in game play, it started failing like 20% of the time again. bumped it to 23 because it seemed a little weak (sometimes barely making the shooter lane), but it still fails at about the same rate. I'm going to have to take the apron off and try to get a better view.

Check how the balls roll down the trough.
Double check one of the balls hasn’t become magnetic somehow and is holding the balls back from rolling down fully. Stranger things have happened.
See if one of the switches is too high and holding up the ball travel.
Just stare at it for a while and hopefully you’ll see the issue.
rd

Dude, this is getting so frustrating. I'm playing with it like crazy with the apron off. In test the balls go through probably 49/50. Glass off apron off, I play like 5 games, getting lots of ball saves etc. and the ratio continues. Must be good now! Apron on, glass on, and it's failing 2/5 now. wtf?

Dude, this is getting so frustrating. I'm playing with it like crazy with the apron off. In test the balls go through probably 49/50. Glass off apron off, I play like 5 games, getting lots of ball saves etc. and the ratio continues. Must be good now! Apron on, glass on, and it's failing 2/5 now. wtf?

Toads has the solution!

"Looking thru the coin door bend the bottom of the bracket towards you, only a little bit.
It will move the strike point a tiny bit."

You should be more exact with your question.
-Mike

I'm sure he's talking about the chipping paint.

I’ve completely missed this topic on chipping paint. Was it in earlier parts of this thread or it’s own topic? Link so I can read up?

This is the issue. His fix didn't work and many of us have chunks missing after as little as 50 plays. Look through that thread for pics. Current fix for the problem is that they'll send washers to put under the posts. Obviously, that doesnt fix my missing paint.

Charlie has said they've since discovered the issue and corrected it on the last few playfields but hasn't said what it was.

which is why I won't buy another game from them.

But you'll keep buying Sterns because Gary is so vocal about all their problems? Makes sense.

As much as I've said here about this issue, I still respect Charlie for what he has come out and said, and understand he may not want to detail the mistakes made in a public forum. It's on me that I haven't phoned him personally to discuss it.

You're currently viewing posts by Pinsider aobrien5.
Click here to go back to viewing the entire thread.