I saw a topic on "Top 3 1970s Williams EMs. My machines have mostly been Gottlieb EMs. I am sure there have been many similar threads in the past and "Top 100 EMs lists etc, but people's preferences change.

My top 3 are Aquarius (not a collectors classic but the one I played as a kid), Buckaroo, and Flip a Card.

Curious what others think"

But I only own Central Park.

I have had 13 and the one I'd like back is Majorettes. Nice art and a blast to play.

Not possible to name only three. I could probably name a top ten but even that would be tough. I've owned all of the US versions with the exception of TKO and a few Add-A-Balls. MOST of them are great games.

You are all wrong. Deep in your hearts, you know the top 3 are:
Atlantis
Abra Ca Dabra
Centigrade 37

There's lots I haven't played but of the ones I have.

63-67 GTB are what I collect. They are all great and lots of "firsts" in that era. But my favorite three are:

The grass is always greener on the other side of the fence. My vote is:

Not possible to name only three. I could probably name a top ten but even that would be tough. I've owned all of the US versions with the exception of TKO and a few Add-A-Balls. MOST of them are great games.

Add-a-balls rule for home gamerooms too! 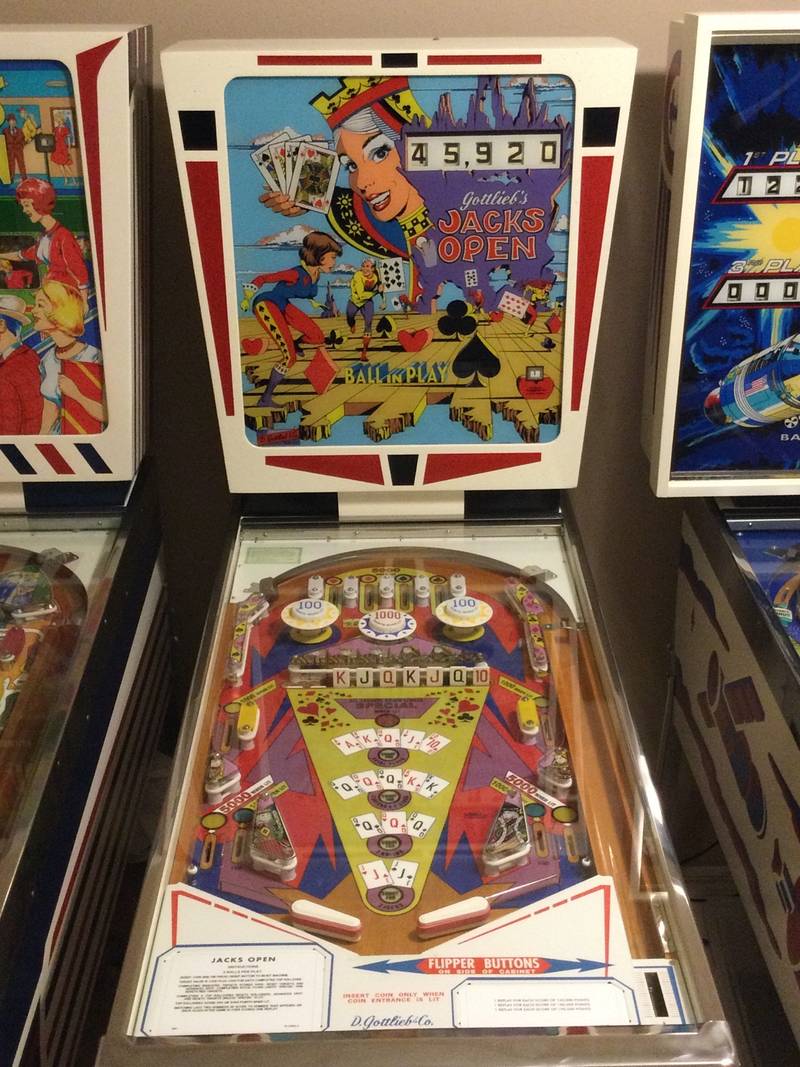 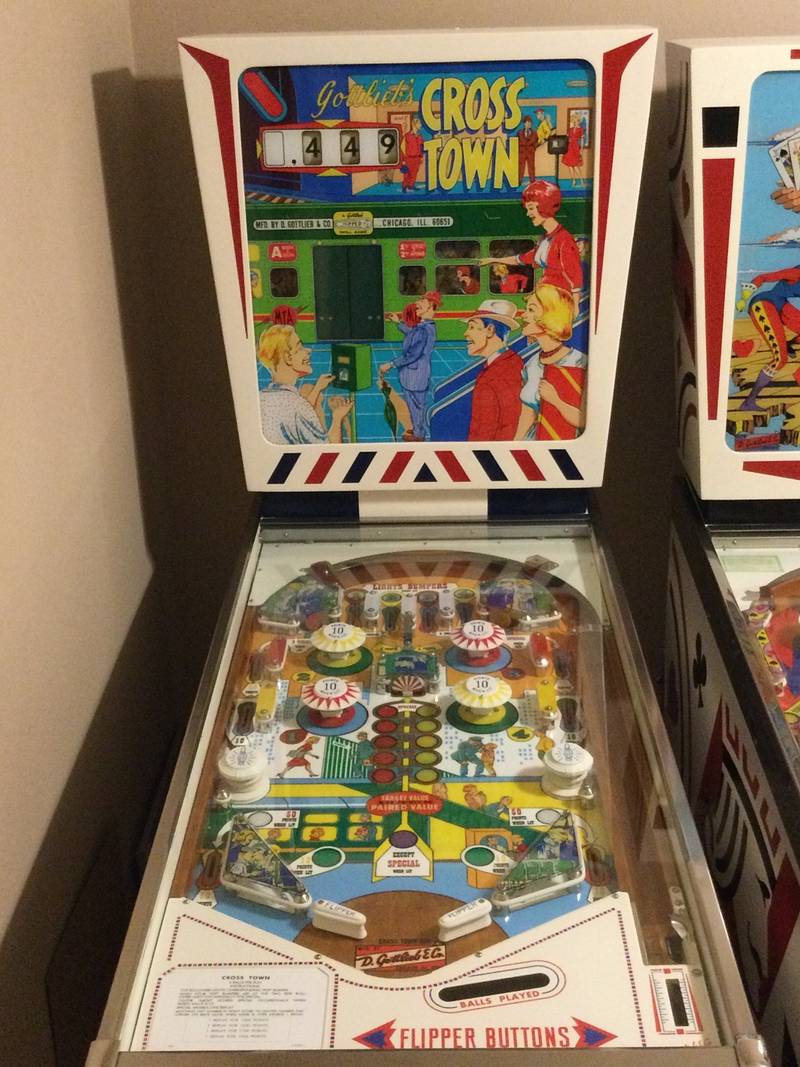 How can you possibly pick a top three?

Co-signed! Boring layout. Most of the points are plunging the 300 lane and hoping the bumpers put it back up there for you. Collecting a special is satisfying, but then you have no desire to play the game again.

I have pretty much all the classic AABs, but haven't yet set many of them up.
But if I could only have 3 of the ones that are set up. Diamond Jack for sure,
Majorettes, maybe Hearts & Spades, (although not actually a Wedge Head),
but 3rd place (and/or 1st and 2nd) could be one of many titles. Lucky Hand,
Subway, Cowpoke, and the list can go on and on..

Plus one on Subway... ball hardly ever stops... we called the center target "The Pink Pussy Shot" because the insert lights up pink when add a ball is available, and you were a pussy if you didn't go for it.

Co-signed! Boring layout. Most of the points are plunging the 300 lane and hoping the bumpers put it back up there for you. Collecting a special is satisfying, but then you have no desire to play the game again.

Haha. I start a thread on Top 3 Wedgeheads, and then there is a post about why Aquarius was a bad choice. Of all of the Wedgeheads, my favorite was selected for this distinction on my own thread. Huh.

Well.... I do have a special fondness for Aquarius because that was the game I played as a kid. It was when I saw that game in an antique store 18 years ago that I became aware that I could own an Aquarius and one thing led to another.

Back in the early 1970s, I played pinball in the game room of a swim club in Avon Lake Ohio called Aquamarine. There were perhaps 5-6 machines including Fireball. By far the most popular machine was Aquarius. Perhaps this is because with skill you could rack up free games along with other reasons. BTW, on my HUO Aquarius (my most expensive and only HUO machine), I can get the ball back up to the top with the flippers if I hit is just right.

This is not a game to appeal to those seeking high scores. I have turned it over (Sam Harvey told me he never did, and so I have bragging rights on that). For me it was all about hoping to light special early, where you can get a free game or many free games by hitting the lit number in 1 of 2 locations. Perhaps some of the appeal of hitting special has less appeal than getting a certain score when home machines are free play.

Obviously I am biased.

I was thinking on including Slick Chic but mine is such a ball drainer I soon get irritated with the thing. Nice to look at though!

So far, the machine most often on the top 3 list is El Dorado. Behind that is Jacks Open closely followed by C37, Atlantis, and Abra Cadabra.

Some love for King Pin, Sky Jump, and Sweet Hearts, Crosstown, and Majorettes.

Interesting to know that of all of the Gottlieb Wedgeheads, the most common selections - El Dorado, Jacks Open, C37, Atlantis, and Abra Cadabra, are all big flipper games.

My Gottlieb EMs have always been the small flipper, but one of the reasons I sold a couple of small flipper EM games was because I wanted more than 2 big flipper machines and also more SS and multi-player. Space is an issue.

but I can't believe no one else mentioned "King of Diamonds"!

And funny thing is, and not to disagree, but I traded of a KOD as soon as I went through it.
For me it was like night & day to DJ, which I myself especially like, but then again, N.S. didn't
do anything for me, but now that I have added space, I'll be resetting that one up, and willing
to give her some other tries..
Not a Wedge Head, but one Replay I've been advised to get set up is 1962 Trade Winds..