Post #504 Another book from Todd will be coming next year. Posted by toddtuckey (3 years ago)

Post #537 Podcast with Todd. Posted by stpcore (3 years ago)

I just came across this video on YouTube. Way to go Todd!

Looking forward to getting all 10 Volumes.

Big Todd fan and looking forward to meeting him and Frank at Pintastic. Also heading out to Vegas over the summer and will be making a trip to the pinball hall of fame as well, looks like a good time. A summer of pinball — living IS good lol

Shut-up and take my money !

Such a funny guy in person. I'll be purchasing.

Looking forward to these.

Not sure Todd got enough promo shots though.

No doubt I'll get the set. I love stuff like this and Todd was awesome to meet and talk with at Pintastic 2017. Looking forward to this year.
-Mike 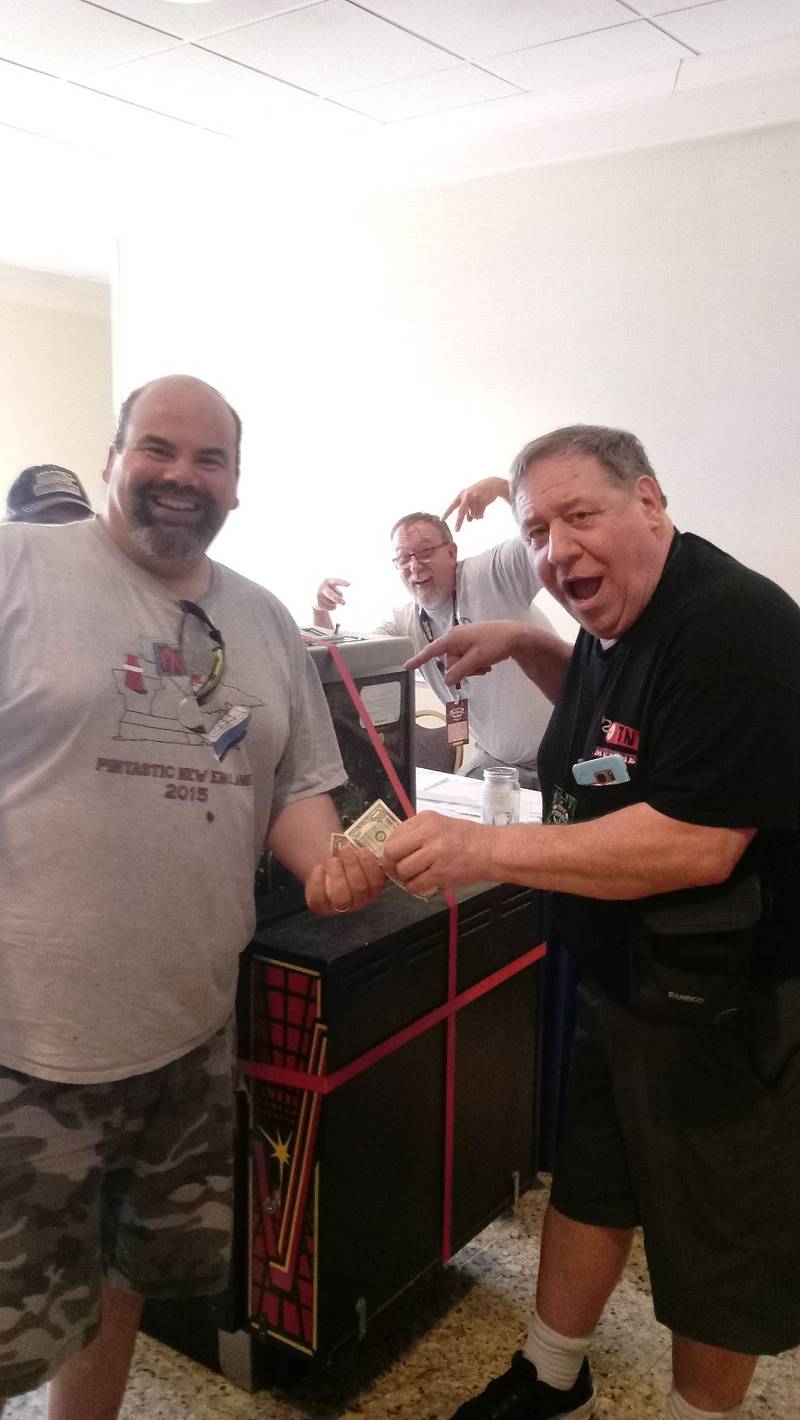 Todd is a great guy...Many Congrats!!!

Todd is a cool guy, super nice and knowledgeable. I remember years ago he was trying to pitch a reality show about his company’s endeavors to different networks ...too bad it never happened it would have been awesome. Glad he got a book deal...wish him all the best.

I've only spoken to Todd on the phone previously regarding a prior purchase and he couldn't have been nicer or more helpful. Best of luck Todd with your upcoming books!

NICE! Todd is such a great asset to this hobby and his personality is infectious. Happy for him. I'd be in for a copy of each and would love to get one signed.

I will certainly buy them all!

Todd is great for the hobby and amazingly one of the only "retail" guys that is respected by hobbyists. He must be doing something right to be in business for almost 40 years. This couldn't happen to a nicer guy. Congrats, Todd! You deserve this for all your hard work promoting pinball over the years.

For those of us that can't watch the videos while at work, what will the book set be focused on / structured around?

Congratulations, Todd! Can't wait to read them all.

For those of us that can't watch the videos while at work, what will the book set be focused on / structured around?

Sounds like it will have all of the knowledge and anecdotes he dispenses in his Youtube videos. It'll be quite a hoot.

This is rad I love Todd’s video, and of course his cheerful personality. Definitely will be getting a few of these!

Going to get them all!

Can we have a book party where we throw them off the roof of a building?

I'm glad Todd is being archived in print. He offers a lot of good tips that he would not have to share, because he loves the hobby. All YouTube has to do is get a bug up their butt, and those videos could vanish. I've used his videos for reference of gameplay numerous time, and always seem to learn something new. It is refreshing to see people who love their job, and are not necessarily out there trying to extract every last dime they can get out of someone.

This is great that's he's getting such a big book deal. Todd's anecdotes on his Youtube show are a treasure.

Www.pinballbuzz.com to preorder Todds' first book. He just released another video aboot it.

All YouTube has to do is get a bug up their butt, and those videos could vanish.

I wonder if they will release digital copies?

Hi! We are now planning on digital book format, and also a possible audio book. We were also asked about a ten book package too. We expect Volume One to be ready for shipping mid August...we have a deadline for Volume 2 for the Pinball Expo in Chicago where I will be giving a seminar also. Here is the official press release sent to local media! Thanks for all the interest folks! We think each volume will also evolve as we add other things to the format.

PHILADELPHIA, Pa. (June 18th, 2018) – Todd Tuckey, owner of TNT Amusements Inc. , has
signed a deal to write a ten volume set of books, detailing the experiences he has had over the years in
finding, restoring and selling pinball machines. Each book will feature 30 different machines while also
containing pictures and details about each individual pinball.

Seeing a demand in the thousands of emails and calls he receives monthly, Todd has decided to share his
vast, 40-year knowledge of the pinball industry with the world, not only in his 23,000+ subscribers on his
YouTube channel , but with pinball lovers all over the world! In book form, he can showcase both popular
and more obscure pinball machines that many will remember fondly. Keep in mind that Todd pioneered
home sales of these arcade machines in the United States as a full-time business with TNT Amusements
Inc. back in the early 80’s when other companies only sold games during the holiday season. To promote
his business, he produced the first half hour infomercial in the world on this unique industry in 1993
which aired on local channels until 2013.

Each volume will focus on specific genres of pinball machines — ranging from The Movies, Science
Fiction, Horror, etc., and will detail select machines and how they play. The first volume will be a mix of
everything! Most importantly, he will share secrets he has learned over the years about each model to
help collectors fix their own machines.

These stories will take inspiration from the TNT Amusements YouTube channel that contains over 1,400+
videos that feature the restoration process and all about the different arcade machines he sells. However,
he covers other topics not arcade related, including trips to historic places and unusual places and also
antique Americana, like specialty player pianos from the teens and costly 30’s radios. With over 23,000+
subscribers, his popular videos have been viewed for over 40,000 million minutes.

Other topics covered will be zany experiences with his customers, discussing his advertising strategies
with his now infamous late night infomercials, hosting over 26,000+ unique arcade parties in his
showrooms, buying and selling 30,000+ machines all over the world, and discussion about different
machines & how they are reconditioned.

Hi! We are now planning on digital book format, and also a possible audio book.

Personally, still in the old school club of "won't pay for something non tangible"...ordered my "SUPER LIMITED" today....thanks Todd

Personally, still in the old school club of "won't pay for something non tangible"...ordered my "SUPER LIMITED" today....thanks Todd

I like it when good things happen to good people. Congratulations Todd!

I ordered the "silverball" copy of vol 1, only 85 copies left! It will be worth BILLIONS cause Todd is the man! The book has started to show up to those who had pre-ordered it. Available on the www.pinballbuzz.com store and Amazon. 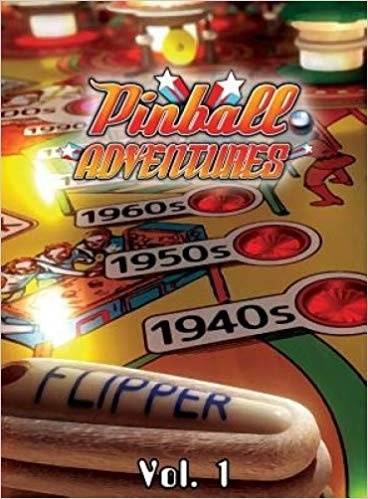 Got mine today, copy #19 with the signed personalized greeting. The book has started to show up to those who had pre-ordered it. Available on the www.pinballbuzz.com store and Amazon. [quoted image]

Amazon is "prime" eligible, but states 1-2 months on shipping (?) Has anyone received one through Amazon yet?

Amazon is "prime" eligible, but states 1-2 months on shipping (?) Has anyone received one through Amazon yet?

Sounds like they haven't received the books yet but are guaranteed to have them delivered within 60 days. Wouldn't surprise me if they shipped out from Amazon earlier as soon as they arrive.

Can you still order a copy and have it signed? If so, where should one order from (www.pinballbuzz.com)?

Was that the limited edition one that cost 10 more?

Can you still order a copy and have it signed? If so, where should one order from (www.pinballbuzz.com)?

Thought I remembered the limited one advertising like a frameable glossy photo as the signed piece. But the link on the website doesnt work any longer.

And to think...they delivered on this book about 4 years faster than the Stern coffee table book!

Hey everyone...I just got MY book today and saw it for first time myself! 27 pinball machine featured...235 pages..order from www.pinballbuzz.com I will also have them at Pinball Expo next week...will be signing them! Also have my Friday Seminar at 4pm on marketing your pinball and video games! Getting to Expo Wednesday afternoon and leaving Sunday early afternoon! Will have 100 books at this show! Hey, Todd. Great book. Are you authoring all 10 volumes? That was my understanding from the original announcement. But the wording on the back of the book seems to indicate a different expert for each volume.

What's with the thin paper stock and low resolution? Looks like someone printed clip art on my inkjet set at draft...

Sorry guys, but the quality for the cost and wait fell VERY short for me on this one.....

Sorry guys, but the quality for the cost and wait fell VERY short for me on this one

good to know, thanks for the heads-up

And the Dr dude section is a duplicate of the Blackwater section word for word.

The stories are awesome however!